These grubs are plump, C-shaped insects with three pairs of legs. They are whitish with dark areas near the rear. They have a distinct, brown head. The adults are beetles commonly referred to as chafers, May beetles, June beetles, Japanese beetles or green June beetles. They occur throughout the state of Georgia.

Adult female beetles lay their eggs in the soil. The grubs hatch and spend most of their life beneath the soil feeding on underground plant parts. Most have rather long life cycles, The grub stage can last from several months to two or three years. Most species of grubs found in Georgia have a one year life cycle.

Grub feeding destroys roots, leaving the tops to wither and die. In heavy infestations, roots are pruned off to the extent that turf can be rolled back like a carpet. Symptoms of grub damage include yellowing or browning of the grass and signs of drought stress when moisture levels are good. Grass may feel spongy when infestations are heavy.

Estimate the grub population in your lawn to determine if treatment is necessary. Summer and early fall is the bet time to look for grubs and to apply control measures. During this time of the year, the grubs are small and are near the soil surface feeding at the root zone. Use a spade to cut three sides of a strip one foot square by two or three inches deep. Force the spade under the sod and lay it back, using the uncut side as a hinge. Use a trowel to dislodge soil from the overturned roots. Count the grubs in the exposed soil. Replace the strip of sod. Following the same procedure, cut strips of sod in several other parts of the lawn and count grubs under each strip. Calculate the average number of grubs per square foot of lawn by dividing the total number of grubs by the number of strips. IF the average number lies between five and ten grubs in nonirrigated turf or greater than 20 grubs in highly maintained, irrigated turf, control measures may be required. Irrigating a few days before treatment will bring grubs closer to the soil surface where pesticides can reach them. Irrigate thoroughly after treatment to get the material into the root zone where grubs are feeding, but not so much as to cause run-off. 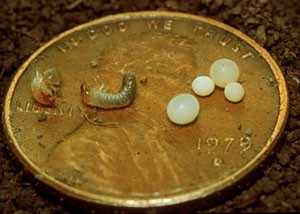 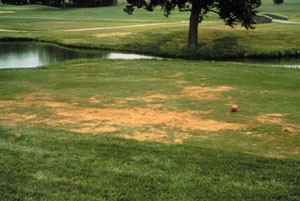 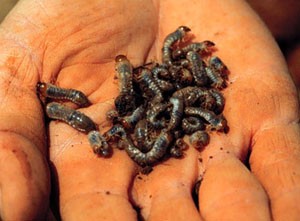 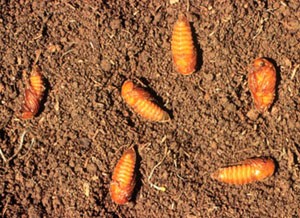 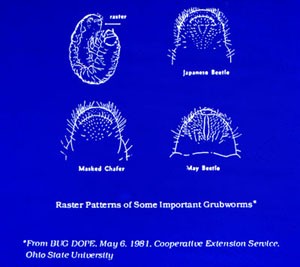 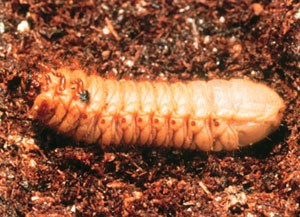 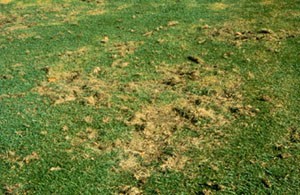 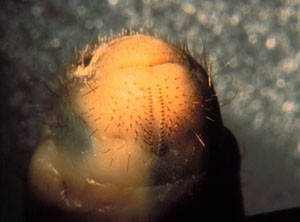 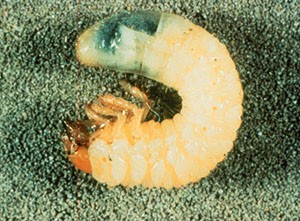 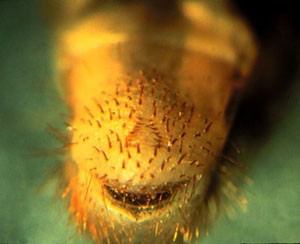 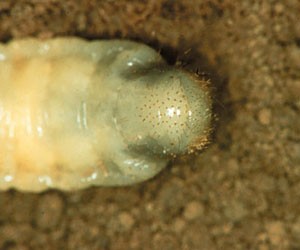 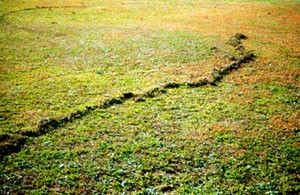