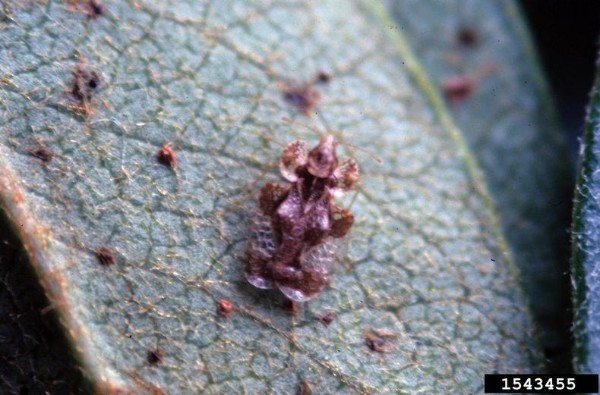 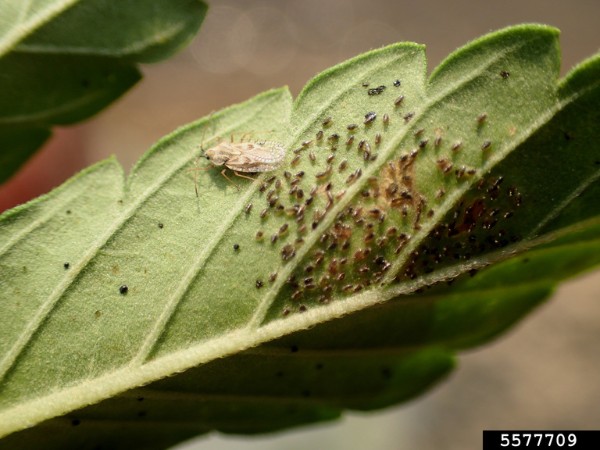 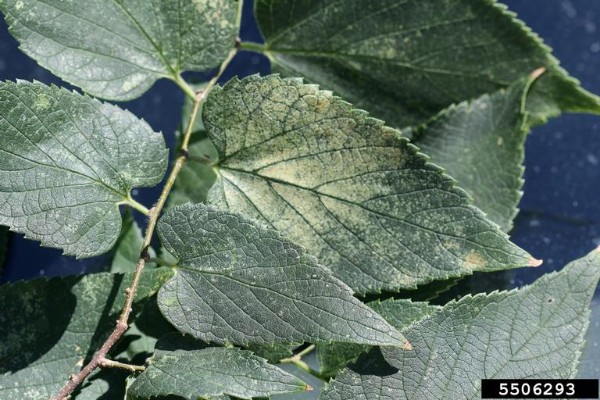 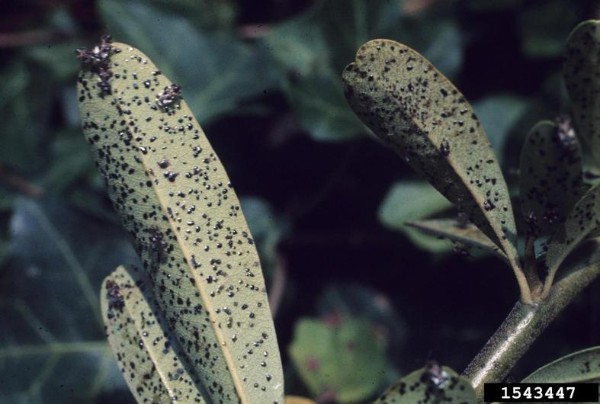 Lace bugs are important pests of many ornamental trees and shrubs. They attack a broad range of evergreen and deciduous trees and shrubs and often go undetected until the infested plants show severe damage. Both adults and nymphs have piercing-sucking mouthparts and remove sap as they feed from the underside of the leaf. Lace bug damage to the foliage of trees and shrubs detracts greatly from the plants' beauty, reduces the plants' ability to produce food, decreases plant vigor and causes the plant to be more susceptible to damage by other insects, diseases or unfavorable weather conditions. Repeated, heavy infestations of lace bugs may be the primary cause of plant death.

Adult lace bugs of Stephanitis and Corythucha spp. are flattened and rectangular in shape and 1/8 to 1/4 inch long. The area behind the head and the wing covers form a broadened, lace-like covering over the body of the insect. The wings of most lace bugs are light amber to transparent in color. Leptodictya lace bugs are more elongate and oblong and greenish-grey to light brown in color. Lace bug nymphs are flat and oval in shape with spines projecting from their bodies in all directions. A lace bug nymph goes through five growth stages (instars) before becoming an adult. At each stage the nymph sheds its skin (molts) and these old skins often remain attached to the lower surface of infested leaves. Azalea lace bug eggs are football-shaped and are transparent to cream colored. Hawthorn lace bug eggs, like many Corythucha species, are barrel-shaped and dark brown in color. Leptodictya eggs are similar to those of azalea lace bug. Lace bug eggs are found on the lower leaf surface, usually alongside or inserted into a leaf vein. Adult females secrete a varnish-like substance over the eggs that hardens into a scab-like protective covering.

Lace bug damage is readily distinguished from that of other insects and mites. Although lace bugs feed on the underside of leaves, the damage is most apparent on the upper leaf surface. Close examination of damaged leaves shows large numbers of adjoining chlorotic leaf cells. Positive identification of lace bug damage can then be confirmed by the presence of brown to black droplets of excrement and old “skins” of the nymphs on the underside of damaged leaves.