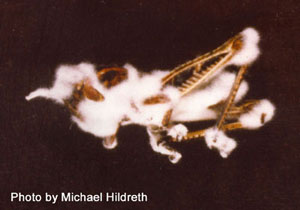 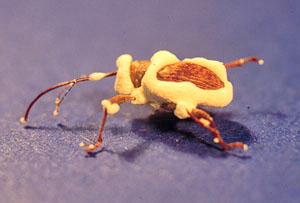 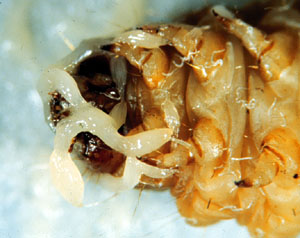 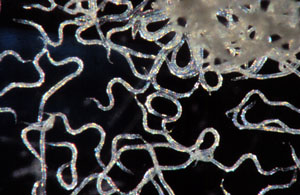 Nematodes
are microscopic roundworms that live in the soil. Like fungi, they also require a high moisture environment for movement and survival. They have been most effective in soil or other moist habitats. However, some success in controlling wood-boring caterpillars in the landscape has been reported. 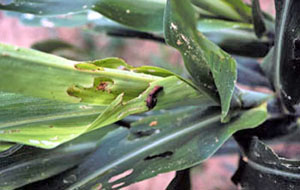 Viruses
in the Baculoviridae have been developed for use in insect pest control because of their high virulence to insects and demonstrated safety to humans. Commercial use has been limited by high cost of production and a high degree of environmental instability of viruses. None of the few virus products that have been registered are available for use on landscape plants at this time. Infected larvae turn dark and become shiny revealing evidence of infection. Viruses are usually quite host specific.

Bacteria are available for control of caterpillars, fly larvae, and most recently, new strains have been discovered that are effective on beetles including leaf beetle larvae and white grub larvae. These are all strains of Bacillus thuringiensis Berliner. The original strain, B. t. kurstaki is active against caterpillars including many pests of ornamentals. B. t. Israeliensis kills fly larvae, while the strains sandiego and bui-bui affect leaf beetle and grub larvae, respectively.