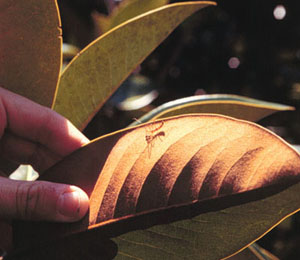 Assassin Bugs (Reduviidae) generally appear oval or elongate and are often black and orange-red or brown. They are larger than most of the other predaceous bugs, especially the giant wheel bug. Assassin bugs have a head that has a particularly long and narrow appearance. They feed on most other insects and will inflict a painful bite if handled. 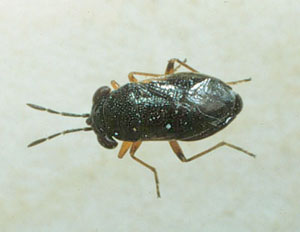 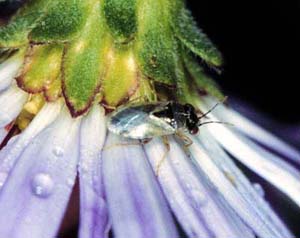 Big-Eyed Bugs (Lygaeidae)
are stout bodied insects, about 1/8 inch long with prominent eyes that give the insect its name. These insects are slightly larger than chinch bugs. They may have similar coloration, but are always broader across the head than the area just behind (shoulders). Chinch bugs, on the other hand, have a narrow head, never broader than the area directly behind. Often big-eyed bugs can be found with populations of chinch bugs and it is important to be able to distinguish predator from pest. Big-eyed bugs also feed on caterpillars and insect eggs. 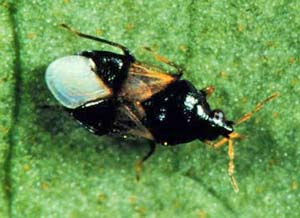 Minute Pirate Bugs (Anthocoridae)
are 1/8 - 1/4 inch long. These insects are black and white as adults and have colorful yellow-orange-brown nymphs depending upon instar. Gardeners notice the painful bite that this small insect produces. It is an effective predator of thrips and the eggs of many insect and mite species. 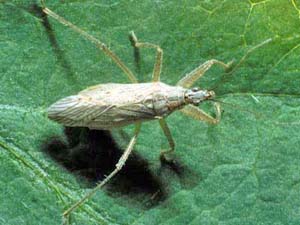 Predaceous Damsel Bugs (Nabidae)
are 1/8 - 3/8 inch long and may be cream colored to dark brown to black depending on the species. The most common species are slender, elongate insects that are most active in mid-summer. They feed on eggs and immature stages of many pest insects. 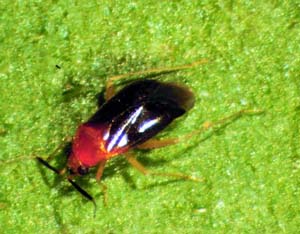 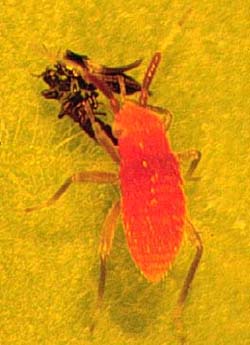 Predaceous Plant Bugs (Miridae)
are less well known than other predaceous true bugs, but have been shown to be active predators of thrips, lace bugs, aphids, moth eggs and other insects of importance in the landscape. 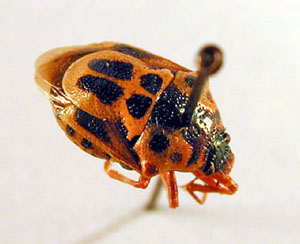 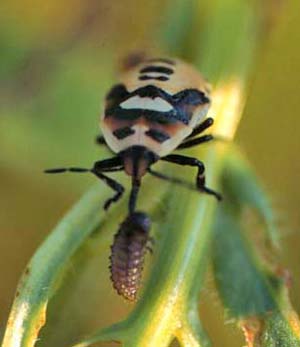 Stink Bugs (Pentatomidae)
Although many stink bugs are plant feeders, there are some predaceous species including the spined soldier bug. This is a known predator of more than 100 pest species. Adults are about ½ inch long, light brown, and somewhat dorso-ventrally flattened. The shoulders are drawn out into the appearance of a spine, hence the name.

Both the more colorful nymphs and the adults feed and may attack prey much larger than themselves. Adults overwinter and become active in the spring when new eggs are deposited. Caterpillars and leaf beetle larvae are common prey items for stink bugs.