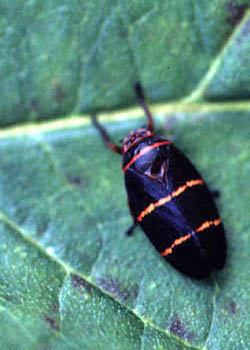 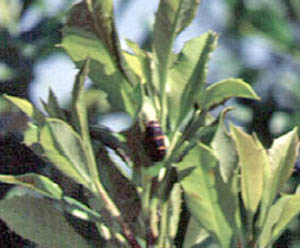 Adults are about 1/4 to ½ inch long, smoky brown to black in color, broadly oval, convex, with prominent eyes. They have two bright orange stripes across their wings. Adults sometimes are called froghoppers. Nymphs are smaller, usually pal greenish-yellow, and covered by frothy bubbles called spittle. Two generations occur per year.
The immature stages are found in turfgrass and adults may be found on numerous woody ornamentals, especially hollies.