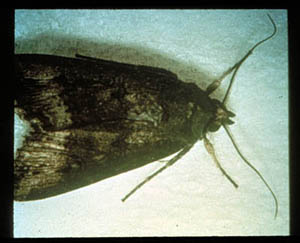 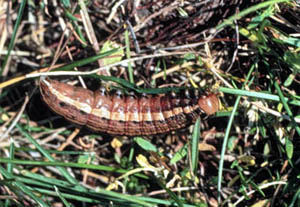 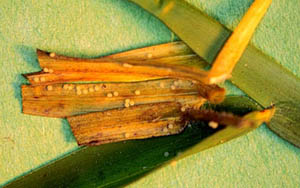 Eggs are laid on grass and weed stems or behind the leaf sheath of such plants. Caterpillars usually remain below the ground surface, under clods, or other shelters during the day; they feed at night. Cutworms pupate in the soil. Three to as many as seven generations occur each year. Cutworms can be active all year.

Foliage or stems may be cut off (hence the name cutworm) by the caterpillars. Cicular spots of dead grass or sunken spots are indicative of cutworm infestation.

The irrigation technique described below for sod webworm also is effective for determining cutworm population levels. Insecticide treatment should be made when this technique flushes three to eight larvae per square yard. Due to their nocturnal behavior, it is best to time control measures for early evening when caterpillars are feeding. Do not irrigate turf after treatment is applied for control of caterpillars. For these pests, you want the material to remain at the surface rather than have it move down into the soil. 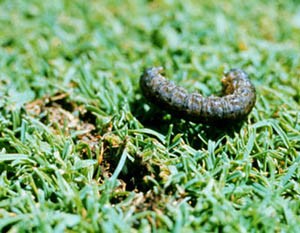