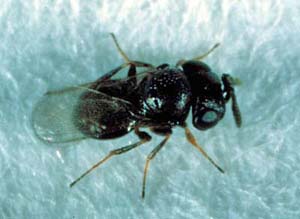 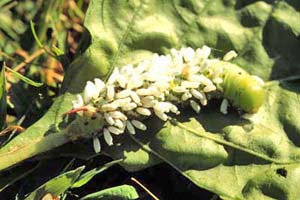 Parasitic Wasps are a large group of beneficial insects and are extremely important in biological control. Many wasp families contain representatives of the parasitic life style. Most of these wasps are very small <1/8 inch and are , therefore, rarely seen. A large number in fact attack the egg stage, completing their entire life cycle inside minute insect eggs.

Parasitic wasps lay their eggs in or on the host and the immature stage of the wasp feeds on the hosts tissues. The parasitic wasp may emerge from its host to pupate, or it may pupate within the body of its host. Wasp larvae that develop inside the host are called endoparasitic. They leave evidence of parasitism when they chew a small hole in their host's body to emerge. That small circular hole indicates that parasitism is occurring in the pest population. Insects that you may find parasitized this way include scales, aphids, whiteflies, lace bug eggs, leafminers and caterpillars. Other parasitic larvae live on the outside of the host's body and are called ectoparasites. Both endo and ectoparasites may spin numerous white cocoons for pupation, another obvious indication of parasitism. 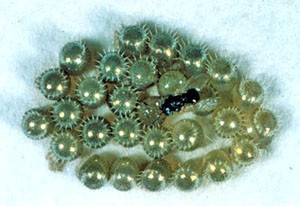 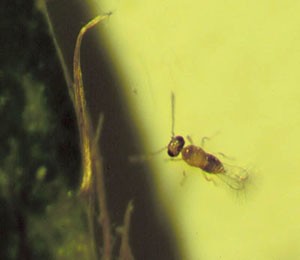 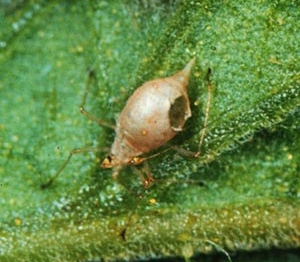 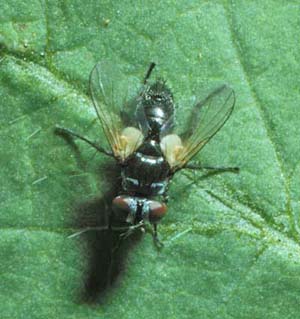 Parasitic Flies
are abundantly represented by the family Tachinidae, with about 1,300 North American species. They vary tremendously in appearance. Many just resemble a common husefly, while others look like bees or wasps. These flies deposit an egg or in some cases, a live larva, on or near the body of their host. The tachinid larva burrows into its host and consumes the internal tissues. Numerous kinds of insect pests are attacked by tachinids.