Removal of Hydrogen Sulfide and Sulfate

What are hydrogen sulfide and sulfate?

Hydrogen sulfide is considered neither a primary nor a secondary contaminant in the Environmental Protection Agency's current drinking water standards, but if the concentration of hydrogen sulfide in water is more than 0.5 parts per million (ppm), it will:

Sulfate is listed as a secondary contaminant with a secondary MCL (Maximum Contaminant Level) of 250 ppm. High levels of sulfate above 250 ppm:

Active sulfur-reducing bacteria can be located anywhere within the plumbing system, well casing or in the aquifer. Many laboratories conclude that sulfur-reducing bacteria are present if the water tests positive for coliform bacteria and has a "rotten egg" smell. If well water has a rotten egg smell due to sulfur-reducing bacteria, shock chlorination can eliminate the problem. Place a single high dose of ordinary household bleach (5.25 percent hypochlorite) in the well, circulate it within the plumbing system, allow 12 to 24 hours contact time for the bleach (chlorine) to kill the bacteria, and finally flush the added bleach out. The concentration of chlorine used in shock chlorination is 100 to 400 times higher than the amount found in treated "city water." If the concentration and contact time are adequate, chlorine is an excellent disinfectant that kills most disease-causing bacteria, viruses and cysts of protozoa as well as iron, manganese and sulfur bacteria. For performing this task, refer to University of Georgia Circular 858-4,Disinfecting Your Well Water: Shock Chlorination. Occasionally, iron and sulfur bacteria are difficult to kill because they occur in thick layers and are protected by a slimy secretion. If two attempts of shock chlorination fail to eliminate the hydrogen sulfide problem, continuous chlorination or other methods may be required.

If you detect the smell of hydrogen sulfide only from the hot water faucet, your water heater may be causing the problem. The magnesium corrosion control rod (anode rod) inside the water heater can chemically react with sulfate to form hydrogen sulfide. This problem can be eliminated or minimized by replacing the magnesium rod with one made of aluminum or zinc. If water temperature is maintained above 150 °F, use only an aluminum rod. A licensed plumber can help you with this.

Aeration systems designed specifically for hydrogen sulfide removal have an added advantage of removing high levels of iron and manganese, provided a sediment filtration system is added after the aeration process to filter out the solids formed. Aeration is also beneficial in removing radon gas. It does not need any chemical additives. Maintaining a properly designed aeration system is less costly than many chemical-based treatment systems. The disadvantages of aeration are:

Aeration can actually increase bacterial sulfur problems if the bacteria are not removed first. Some water treatment specialists prefer to install chlorinators to kill bacteria and lower the sulfur levels before aeration. Bacterial slime and other substances accumulated in aeration tanks, spray nozzles and trays must be removed periodically. Aeration produces a strong hydrogen sulfide odor near the aerator, which may be unpleasant if it is located near any living areas.

A point of entry filtration system containing manganese greensand can remove up to 10 ppm hydrogen sulfide in addition to iron and manganese. A manganese greensand filter has a special coating of manganese oxide that oxidizes hydrogen sulfide gas to solid sulfur particles, which are then filtered out. When the majority of manganese oxide coating is used up and the oxidizing capacity of the filter medium declines substantially, the greensand filter medium is regenerated or recoated with a weak potassium permanganate (a purple oxidizing chemical) solution to restore the oxidizing capacity. This process is similar to regeneration in water softeners, and must be performed at regular intervals of one to four weeks, depending on the chemical composition of the water, size of the unit and amount of water processed. Concentrated potassium permanganate is a poisonous skin irritant that should be stored in its original container away from children and animals. Unlike chlorine, there should not be any potassium permanganate in the treated water. A faint pink tinge is evident if potassium permanganate is present in the water.

Manganese greensand is available in both natural and synthetic forms. The synthetic gel removes as much contaminant as natural greensand, but the synthetic version requires less backwash water and also softens the water while it removes the hydrogen sulfide.

If the water pH is below 6.7, increasing the pH to 7.5 to 8.3 will be beneficial for hydrogen sulfide removal. A prechlorination step is often recommended to oxidize most of the hydrogen sulfide to elemental sulfur and lengthen the life span of the manganese greensand filter. Otherwise, the filter may be frequently clogged by the solid sulfur particles and will also need more frequent replacement or regeneration. These filter systems are very specialized and the manufacturer's installation and operation instructions should be followed precisely.

Chemical oxidation by chlorination is also a point-of-entry treatment method for hydrogen sulfide. Continuous chlorination can effectively remove medium (6 ppm) to very high (75 ppm) levels of hydrogen sulfide, especially if the water pH is between 6.0 and 8.0. Added chlorine quickly oxidizes sulfide, hydrogen sulfide and bisulfide to form compounds that do not cause foul tastes or odors in drinking water. Yellow sulfur particles may also be produced, which should be filtered out by a fine-retention sediment filter. Otherwise, they can form a yellow film on clothing and fixtures. However, this process may produce an objectionable taste due to excess free chlorine (higher than 2 ppm) in the water. A granular activated carbon filter can be used to obtain chlorine-free water for cooking and drinking. Chlorination systems are available as a pellet-drop unit or a liquid-chemical feed. The pellet-drop system automatically dispenses a measured amount of chlorine down the well casing or into the retention tank during the pumping cycle. A chemical-feed system usually administers chlorine as sodium hypochlorite solution (household liquid bleach) by a small feed pump that operates when the well pump operates.

Chlorination followed by a fine-retention sediment filter is also a recommended method of iron and manganese removal when their combined concentrations are greater than 10 ppm. Iron and manganese can occur in association with hydrogen sulfide in water. Chlorine oxidizes dissolved iron and manganese, which then form solid particles that are subsequently filtered out of the water. Backwashing the filter is necessary every few days or weeks to flush out the accumulated particles.

Chlorine concentration and contact time are important factors to consider when chlorinating. The amount of sodium hypochlorite to be administered depends on the concentration of hydrogen sulfide, iron and manganese. Table 1 presents typical dosages required to treat specific problems.

Contact time (exposure) depends on type of contaminants, water temperature and pH. Oxidation of iron and hydrogen sulfide is instantaneous, whereas manganese oxidizes more slowly. Chlorine should be introduced into the system before it reaches the storage tank. The tank must have sufficient volume to provide a minimum of 20 minutes of contact time between the water and chlorine. Your water treatment professional can help ensure adequate contact time in your system.

Some disadvantages of chlorination include the complexity of chemical reactions and maintenance of equipment. Chlorination systems can be difficult and expensive to operate because they require continuous addition of chemicals. 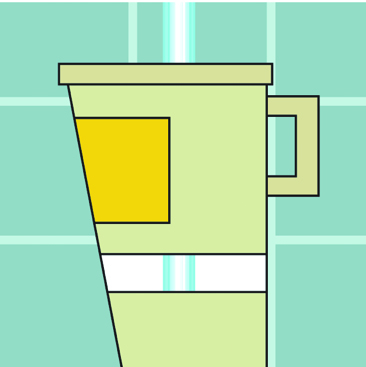 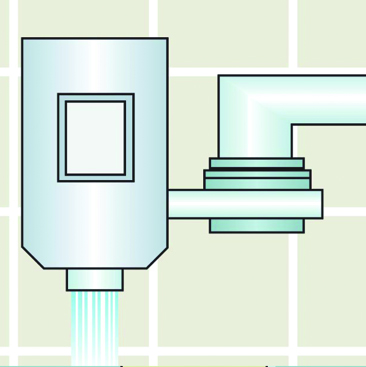 If your well water contains more than 250 ppm sulfate, you may consider a treatment system to reduce its level. It is not necessary to remove sulfate from all the water; only drinking water needs to be treated. A point-of-use distillation or reverse osmosis system is usually adequate. Very high concentrations may be treated using a whole-house ion exchange treatment. This system can also soften hard water and reduce iron and manganese in drinking water to some extent.

Other considerations in choosing a treatment system

When choosing a treatment system, consider both the initial cost and the operating costs (such as electricity) needed to operate the system, consumable supplies and filters, repairs and general maintenance. Additional water that may be needed for flushing the system should also be considered. Regardless of the quality of the equipment purchased, it will not operate well unless maintained in accordance with the manufacturer's recommendations. Keep a logbook to record equipment maintenance and repairs. Look for National Sanitation Foundation International (www.nsf.org) or Water Quality Association (www.wqa.org) certified treatment systems. Certification by one of these two organizations generally assures that the product will perform as specified. It is also wise to get answers to questions from water treatment professionals before purchasing costly equipment. For a list of such questions and their importance, refer to University of Georgia Extension Bulletin 939, "Water Quality and Common Treatments for Private Drinking Water Systems."

Options other than treatment include buying bottled water—especially if the main problem occurs with food and beverage preparation—or installing a new well. Depending on the source of the problem, a new well may need to be installed that is either deeper or shallower than the existing well, or located within a different area on your property to avoid the sulfur source. A certified hydrogeologist familiar with your area may be able to help you with this.