Nuisance pests known as fungus gnats (Bradysia spp.) often are found in homes and offices near houseplants or flying near windows. Adult fungus gnats are small (1/8 in. or less), dark, and delicate (Figure 1). They have a distinct Y-shaped vein pattern on their wings, which are light gray to clear (Figure 2). With their long legs and antennae, they resemble mosquitos, but fungus gnats do not bite. 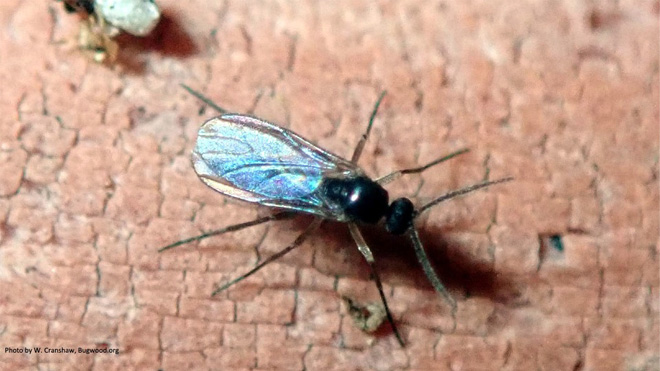 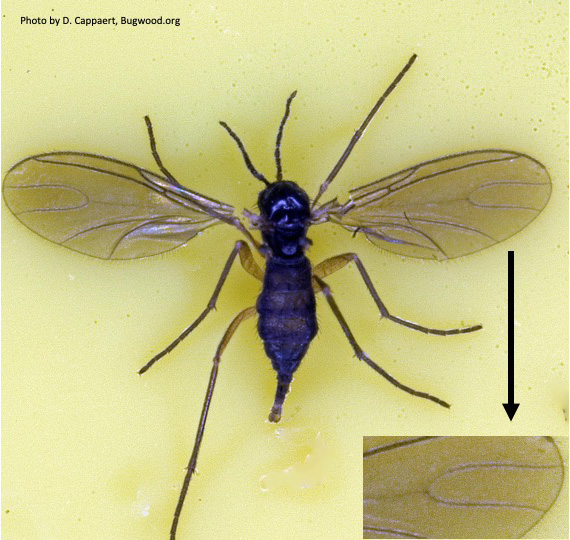 Where do fungus gnats come from?

The larvae of fungus gnats live in the top 1–2 in. of potting media and feed on fungi, algae, and organic matter (Figure 3).  T hey sometimes feed on plant roots and leaves that are found on the surface of potting media. Larvae pupate to transform into flying adult gnats. Adult females then lay eggs in moist potting media to begin the cycle again.

The life cycle may be completed in a few weeks if room temperatures are 65–75 ˚F, and there may be multiple overlapping generations each year. The larvae can cause plant stunting, particularly in young plants and seedlings. Plant damage often goes unnoticed and the flying adults are identified as the nuisance pest. 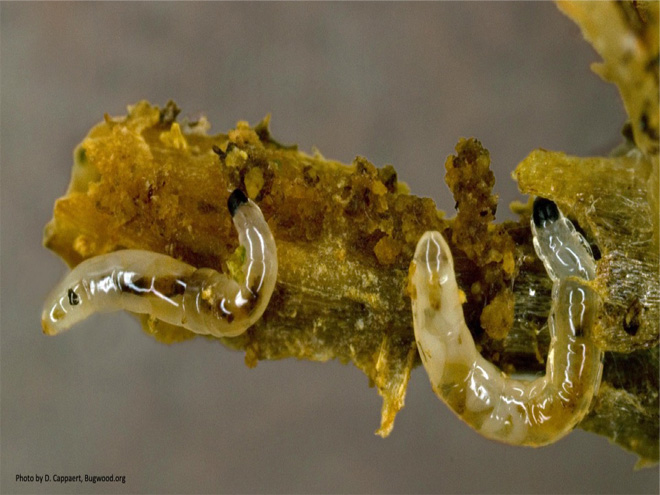 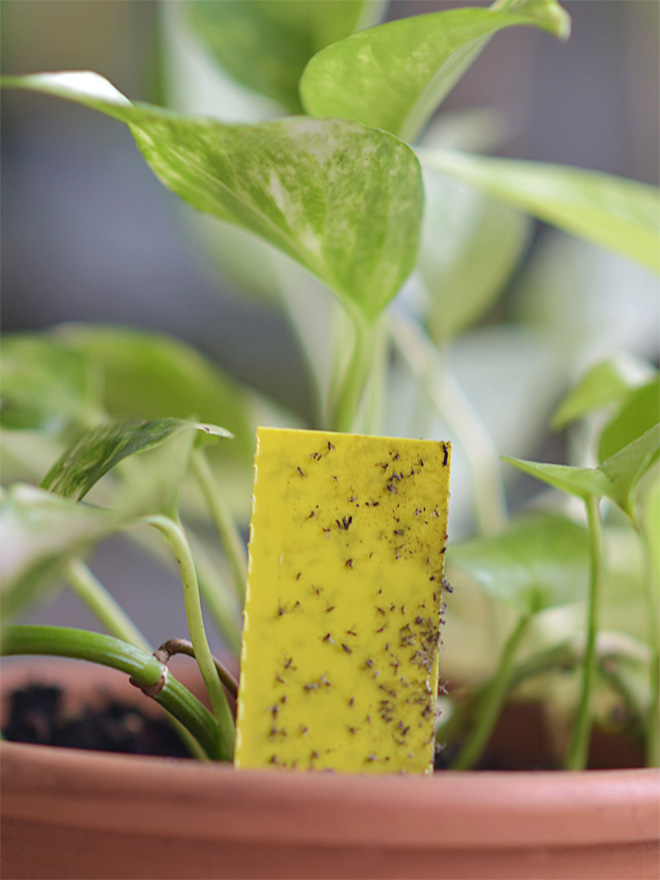 You can prevent fungus gnats simply by not overwatering indoor plants; excessively high moisture in potting media is the primary reason fungus gnats abound in homes and offices. Letting the soil go dry between waterings will help reduce fungus gnat populations and often solves the problem. Dry potting media is less attractive to egg-laying females, and it’s more difficult for larvae to survive when they hatch into dry soil.

Using yellow sticky cards (such as BioCare® Gnat Stix) to trap adult gnats also will help to reduce the number of larvae in the next generation. Simply place the card underneath the plant canopy or on the edge of the container. If controlling soil moisture and trapping adults does not eliminate the problem, you may want to try chemical control. Insecticides are often ineffective against adult gnats. However, drenching the soil with an appropriately labeled liquid insecticide will kill the larva. Always read and follow the directions on the insecticide label.