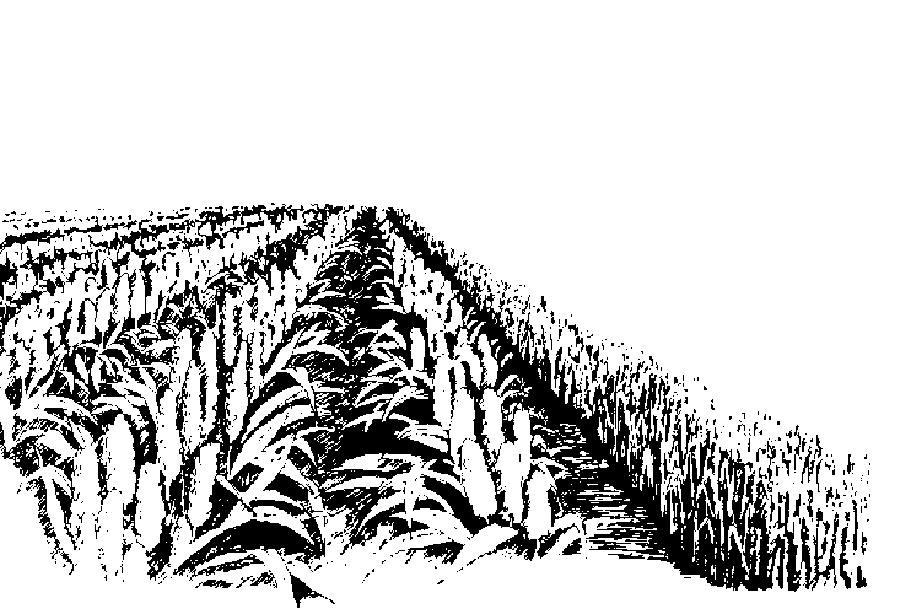 It is estimated that 1998 plant disease losses, including control costs, amounted to approximately $605 million. The value of the crops used in this estimate was $3.63 billion, this giving a 16.6 percent total disease loss across all crops included in this summary.

The estimated values for most crops used to compute these disease losses are summarized in: Georgia Agricultural Statistics Service, Georgia Farm Report Vol. 99, No. 4. Estimates for tobacco are based on Market News Service figures for growers' net sales and do not include warehouse resales. Estimates for vegetables, ornamentals and turf rely on specialists' knowledge of the industry and industry sources for information.

Extension Plant Pathology maintains three clinics as educational resources for county Extension agricultural faculty to use to aid their clients in diagnosing and correcting disease- and insect-related plant problems. Plant samples are submitted directly to the county Extension faculty who, at their discretion, forward samples to the appropriate clinic. Commercial turf, fruits, forage crops, greenhouse and ornamental nursery samples are sent to the Plant Disease Clinic in Athens. Diagnoses of and control recommendations for commercial samples of field crops, pecans and vegetables are handled by the Plant Disease Clinic at the Rural Development Center in Tifton, Georgia.

All non-commercial plant samples are sent to the Homeowner IPM Clinic in Athens for disease and/or insect diagnoses and recommendations. Diagnoses and educational recommendations are returned to the county faculty. The clinics maintain a computerized database of samples and their diagnoses, as well as a reference library for use by Extension agents, specialists, researchers, and students.

As in 1997, ornamentals (trees, herbaceous and woody ornamentals) and turf comprised most of the samples received in 1998. The high number of turf samples is attributed to two factors: 1) early summer drought stress compounded in many cases by over-watering through the remainder of the summer, and 2) an unusually warm fall created ideal conditions for disease when warm season turfgrasses should have been going dormant.

1998 Disease Loss Estimates for Apple Are Not Available.

Blueberry production in 1998 was down to 7,500 lbs. statewide due to spring freezes, poor pollination and drought. Freezes during bloom also predisposed the crop to Botrytis blight. Mummy berry was enhanced due to wet soil conditions in late winter and early spring. Rust, antracnose leaf spot and Septoria leaf spot caused some early defoliation after harvest in the southern-most regions of Georgia. Cost of control included cost of pesticides, equipment and labor.

1998 Disease Loss Estimates for Bunch Grapes Are Not Available

Canola is an emerging agricultural commodity in Georgia and neighboring states. Acreage in Georgia has varied from more than 15,000 to fewer than 5,000 in recent years, depending on market prices and weather at planting time. Disease losses from the potentially most devastating disease, blackleg, have been kept well below 5 percent by moving production to new areas where the disease is not established and limited use of moderately resistance cultivars. Ample seed supplies of a highly resistant cultivar will be available for the 1999-2000 crop. Yield losses from Sclerotinia stem rot of 5 to 10 percent were observed in many fields despite a relatively dry 1998-1999 season. Foliar and pod diseases were present at very low levels and did not reduce yields. Overall disease losses for the 1998-1999 season were about 5 percent.

Drought caused severe damage to the 1998 corn crop in Georgia. Approximately 500,000 acres were planted, but only 265,000 acres were harvested, and statewide yields were below average. Aflatoxin levels were higher than average in much of the harvested corn, causing an estimated $9.6 million in losses. Damage from nematodes exacerbated damage from environmental stresses, but the hot, dry weather reduced foliar disease problems.

Approximately 1,400,000 acres of cotton were planted in 1998, but only 1,320,000 acres were harvested. Severe drought in many areas caused significant yield loss and even caused the complete loss of some acreage. Statewide, yields were lower than in recent years. Large amounts of rain, mostly from tropical storm systems and a hurricane late in the season, caused very high losses to boll rot in some areas of the state. Damage from nematodes was similar to recent years, though much of the damage was difficult to distinguish from drought damage: nematode-damaged root systems were less able to take up water, so the effect of drought conditions was more severe.

1998 Disease Loss Estimates for Muscadine Grape Are Not Available

The ornamental industry, which includes greenhouse and nursery production as well as landscaping, has an estimated economic value of $990 million in Georgia. Root rot diseases accounted for the largest percentage of disease loss to ornamentals. Drought conditions and warmer temperatures reduced losses from foliar diseases.

Peach production in 1998 was less than half that of the previous year due to spring freezes and poor fruit set. Early-season scab control was generally poor, while brown rot pressure was lower than usual, particularly on mid- and late-season varieties, due to dry weather during harvest.

Costs of control included cost of pesticides, equipment and labor. Flail mowing was the only cost considered for control of gummosis. Pruning out dead wood, which is extremely expensive and a necessary practice for control of gummosis, was considered to be a cultural management expenditure. Control of Phony Peach included cost of scouting, removing tree trunks, and a pro-rated loss of production from trees that had been removed during the past 4 years.

The 1998 Georgia peanut crop was a pleasant surprise coming in at about 2,900 pounds per acre as a state average. There were about 530,000 acres harvested for a total crop value of $409 million. Dry weather during the early to middle part of the season resulted in decreased severity of many diseases and serious concern about the overall development of the crop. However, late season rains and a mild fall with excellent harvest conditions resulted in a much better than expected yield of late maturing peanuts. The one exception in terms of diseases was white mold, which was as bad as we have seen it in many years, certainly the worst since the registration of Folicur in 1994. White mold epidemics developed very early in irrigated fields and caused severe crop losses as well as additional expenses in fungicide inputs.

Other diseases were not dramatically different than in previous years. Tomato Spotted Wilt damage was actually lower this year for the first time, reflecting the widespread acceptance of the University of Georgia TSWV Risk Index. However, it was still a cause of significant yield loss and continues to be a major factor influencing cultivar selection. Leaf spot was generally not severe, although it was significant in some late-harvested fields. Cylindrocladium Black Rot (CBR) continues to be found in new fields each year and losses are steadily rising. More growers are considering management options for this disease, including use of fumigants.

The 1998 season will be remembered more than anything else for low yields. The disease situation was similar to 1997, with some reduction in scab pressure. A dry period from May through mid-July reduced disease pressure at most locations during early nut growth. July rains resulted in some disease pressure but control remained quite good at most locations. Loss potential for 1998 was variable as usual, running ~7 percent-71 percent 1

An estimated 220,000 acres of soybeans were harvested in 1998 with an average yield of 21 bushels/acre for a total value of $24,255,000. Many more acres were planted but not harvested due primarily to severe drought conditions. There were generally fewer foliar disease problems than in 1997 because of the dry conditions for much of the growing season. Seedling disease problems, caused primarily by Rhizoctonia, were much greater in 1998. Surprisingly, there were a number of reports of damage from Rhizoctonia during the middle of the growing season. It is suspected that initial infection occurred when plants were young, but disease symptoms were suppressed by drought conditions. When significant moisture became available, disease symptoms appeared rapidly.

1998 Disease Loss Estimates for Strawberry Are Not Available.

In late April and early May, blue mold scattered itself over Georgia tobacco belt, affecting about 5,500 acres. As in 1997, use of acrobat MZ under Section 18 approval and hot/dry weather from mid-May through July limited losses to about 1.5 percent in the affected fields.

It is estimated that there are 1.43 million acres of turf with the maintenance value of $950 million in Georgia. Soilborne diseases are present wherever turf is grown and are responsible for much of the disease losses. Nematodes and foliage diseases also are common on turfgrass.

The frequent rains during the late winter and spring of 1998 favored some foliar diseases. Excessive rain during this period decreased powdery mildew to insignificant levels. Spores burst or are removed from leaves when rain is heavy. Leaf and glume blotch was more severe than it had been in the past five years. In tests conducted at Plains, fungicide-protected plots of a susceptible cultivar yielded 21 percent higher than the control (16 bu/A). Yield reduction statewide was about 5 percent. Leaf rust was heavy on susceptible cultivars. Application of Tilt or several other experimental fungicides increased yields of three rust-susceptible cultivars 14-18 percent (8-13 bu/A), which was an economic return. Statewide, losses to leaf rust were 5-7 percent. Barley yellow dwarf was very low. Yield reduction was 1 percent or less.

Low seed germination (<80 percent) in rye seed stocks was the result of heavy fungal infection during seed development. Growers planting seed early for grazing without seed treatment had considerable problems with stand establishment, which resulted in replanting in many cases. This was especially important in the lower Coastal Plain because of high soil temperatures in late summer and early fall. Soilborne Pythium species can rot rye seed before it germinates when soil is 75 degrees or higher and cause damping off at lower soil temperatures. Seed treatment fungicides that control seedborne fungi and metalaxyl, which controls soilborne Pythium fungi, should be considered for all small grains planted early for grazing.