This research report presents the results of the 1999 statewide performance tests of soybean, sorghum grain and silage, grain millet, and summer annual forages. The tests for various evaluations were conducted at several or all of the following locations: Tifton, Plains, and Midville in the Coastal Plain region; Griffin and Athens in the Piedmont region; Calhoun in the Limestone Valley region; and Quincy and Marianna, Florida. For identification of the test site locations, consult the map inside the back cover of this report.

Agronomic information such as plant height, lodging, disease occurrence, etc. is listed along with the yield data. Information concerning planting and harvest dates, soil type, and culture and fertilization practices used in each trial is included in footnotes. Since the average yield for several years gives a better indication of a variety's potential than one year's data, multiple-year yield summaries have been included.

In order to have a broad base of information, a number of varieties, including experimental lines, are included in the trials, but this does not imply that all are recommended for Georgia. Varieties best suited to a specific area or for a particular purpose, and agreed upon by College of Agriculture agronomists, are presented in the 2000 Spring Planting Schedule for Georgia (available from your county extension office). Pesticides used for production practices are included for the benefit of the reader and do not imply any endorsement or preferential treatment by the University of Georgia Agricultural Experiment Station. For additional information, contact your local county extension agent or the nearest experiment station.

The least significant difference (LSD) at the 10 percent level has been included in the tables to aid in comparing hybrids. If the yields of any two hybrids differ by the LSD value or more, they may be considered different in yield ability. Bolding is used in the performance tables to indicate hybrids with yields statistically equal to the highest yielding entry in the test. The standard error (Std. Err.) of an entry mean is included at the bottom of each table to provide a general indicator of the level of precision of each experiment. The lower the value of the standard error of the entry mean, the more precise the experiment.

This report, along with performance test information on other crops, is also available at our web site www.swvt.uga.edu. Additional information may be obtained by writing J. LaDon Day, Crop and Soil Sciences Department, University of Georgia, Georgia Station, Griffin, GA 30223-1797. 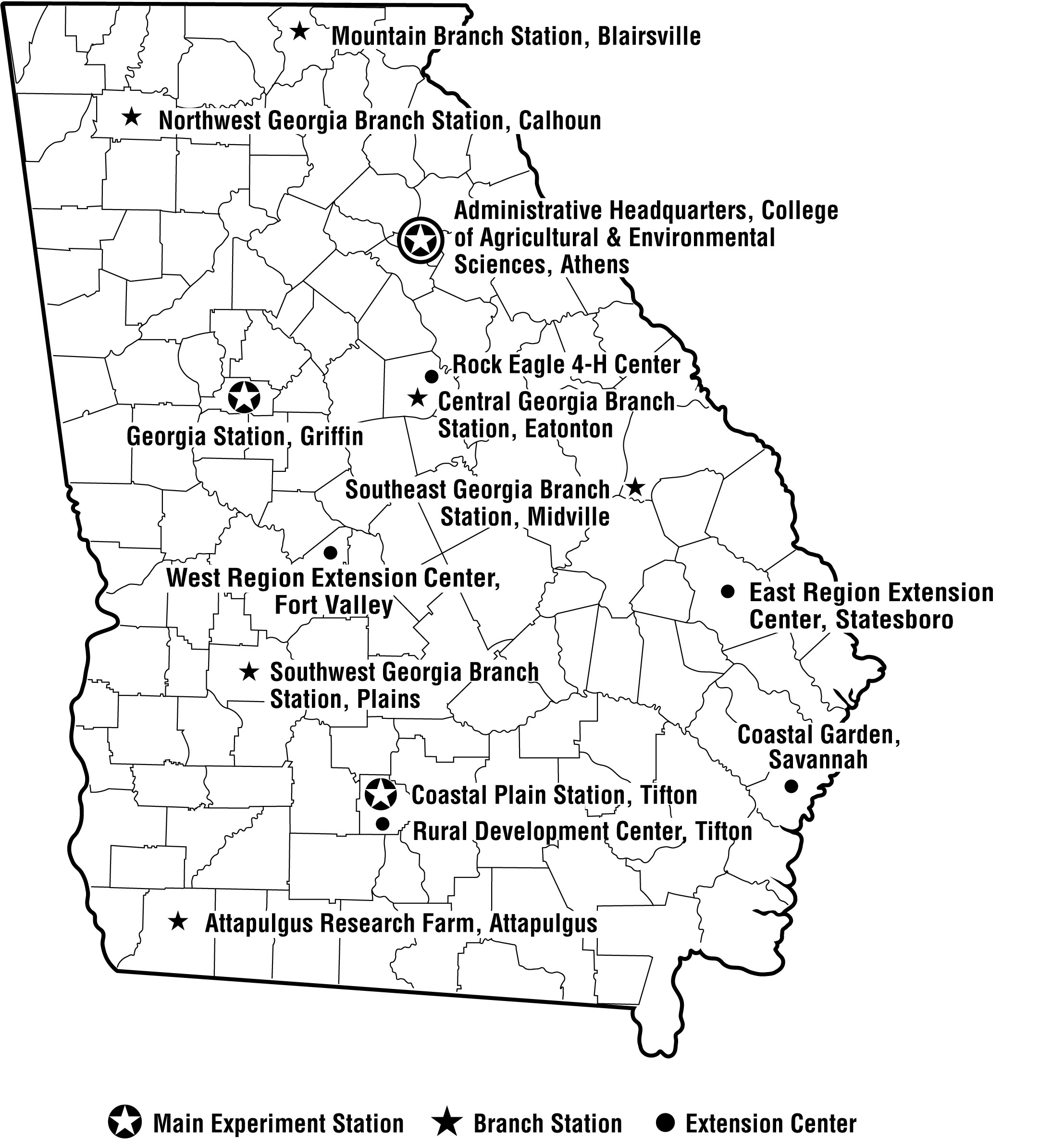 Growing conditions did not improve during 1999 as below normal rainfall and high temperatures occurred across the state. Although dry weather impeded early planting, clear weather in April and May allowed a relatively timely planting of the 1999 Georgia crops. As a result of unfavorable weather, the status of crops remained fair to poor throughout the season and much irrigation was required.

The severe drought conditions that Georgia has been experiencing since April 1998 continued throughout the growing season. Rainfall at the six test sites is listed below. Total seasonal rainfall amounts were below normal at all test locations with one site receiving only 60 percent of long-term average.

Overall, the 1999 growing season was extremely difficult for growers. The harvest season was timely due to a very dry October and November. Grain sorghum and forage production increased 32 percent and 17 percent, respectively, over 1998, while soybean production declined 22 percent from 1998.


Sources of Seed for the 1999 Soybean Variety Tests


Evaluation of Sorghum Grain and Silage Hybrids for Resistance to Anthracnose, 1999