Argentine ants are one of the most common nuisance insect pests in the southeastern United States and in California. Worker ants are light brown and about three-sixteenths of an inch long (Figure 1). A mature colony of Argentine ants can consist of a million or more worker ants and hundreds of queens. Argentine ants form large colonies that consist of numerous nest sites that encompass large foraging areas (often multiple properties). Ants may travel hundreds of feet from nest sites to feeding sites and other nest sites on well organized for aging trails (Figure 2). Argentine ant trails have been measured in excess of 350 feet in Georgia.

Argentine ants are opportunistic nesters. Outdoors, they most commonly nest in mulch (especially pine straw in the southeastern U.S.), leaf litter, compost piles, rotted logs, and under rocks, patio stones, potted plants, etc. (Figure 3). A common ecological characteristic among all Argentine ant nest sites is that they retain moisture even when the surrounding environment dries. 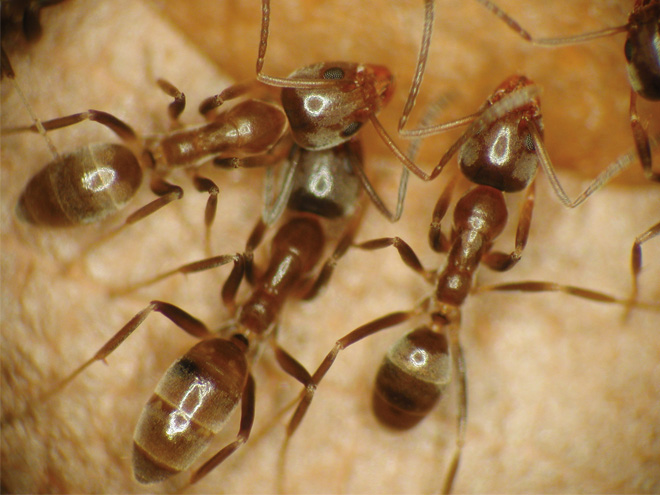 Figure 1. Argentine ant workers are about 3/16 of an inch long and light brown.

During the warm season, Argentine ants feed in the tops of trees and shrubs where they consume honeydew. Honeydew is the sugar-rich excrement produced by aphids and scale insects that feed on sugary plant sap. Argentine ants, like many other ant species, exploit honeydew as a stable, predictable food source throughout the warm season. 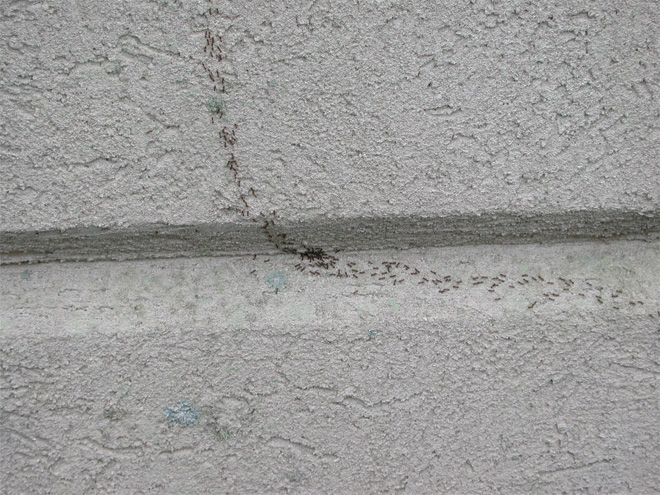 To survive the winter, Argentine ants commonly move into protected environments where temperatures are warmer and environmental conditions more stable. In structures, for example, ants commonly move into voids and other elements of construction that provide a warm, stable environment. As spring temperatures return, Argentine ants move back into their preferred, outdoor nest sites where colonies grow steadily throughout the warm season. In the Southeast, populations typically peak in late summer. By early winter, declining temperatures once again trigger ants to begin searching for protected overwintering sites, and the cycle repeats. To prevent large, late-season ant populations, and the resulting problems associated with winter infestations, management practices (especially outdoor baiting) should be started in the spring and continued through the warm season.

Because Argentine ants forage into shrubs and trees while collecting honeydew, it is advisable to keep all vegetation from touching outside walls, gutters, and all other parts of buildings. Vegetation that contacts buildings allows ants easy, direct access to the inside. Because of where Argentine ants nest, it is also advisable to clean up yard debris, such as leaf litter (even in gutters), and to minimize the use of horticultural mulches. Property owners should commit to these practices early and use them in combination with chemical controls.

Before chemically-based Argentine ant control measures are undertaken, a thorough inspection of the indoor and outdoor premises should be conducted to determine the extent and origin of the infestation. The inspection should identify those areas where chemical control approaches should be directed. During the warm season, many indoor infestations can be tracked to nests around the outside of the structure.

There are a number of approaches that can be utilized for the treatment of existing Argentine ant infestations, but no single insecticide-based approach is completely effective. An integrated approach, therefore, that incorporates both chemical and nonchemical techniques is best suited for the management of this ant species. If chemical controls are utilized, it is important that property owners read and follow all pesticide label instructions, and never do more than what the label permits.

Baits are effective against ants because they share food in a behavior known as trophallaxis (Figure 4). Baits are composed of a toxicant incorporated into a food source that is palatable to Argentine ants. Place baits where ants are seen foraging inside and outside structures. Inside, place baits where ants are seen trailing, but out of reach of non-target organisms. Outdoors, place bait in areas where ants are known to nest or are seen trailing. Because colonies can be large and forage over large areas (often multiple properties), baiting Argentine ants often requires that a large quantity of bait be used (i.e., multiple placements). 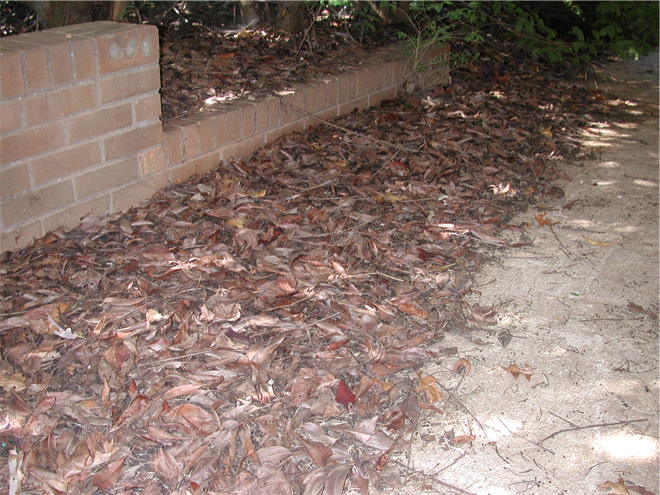 Granular products are applied to nest sites such as mulch beds, leaf litter, etc. The weight of the granule allows the insecticide to reach deeper into treated areas, such as mulch, than would occur with a liquid spray treatment applied to the same substrate. After application, the insecticide must be released from the granule by allowing water to dissolve it. Like liquid sprays, granular products act by contact (ants do not eat granules) and may help keep foraging ants out of treated areas (repellency).

Spray treatments with liquid insecticides should only be used outside where Argentine ants are found nesting. Generally, spray treatments are not needed indoors because most indoor infestations can be tracked to outdoor nest sites. When spraying, only ant nest sites or areas where ants are found entering the structure need treatment—e.g., around doors and windows, and inside and around wall and slab penetrations. Most importantly, nest sites in mulch should be exposed and sprayed directly. Nest sites are characterized by an abundance of eggs, larvae, pupae, and queens. 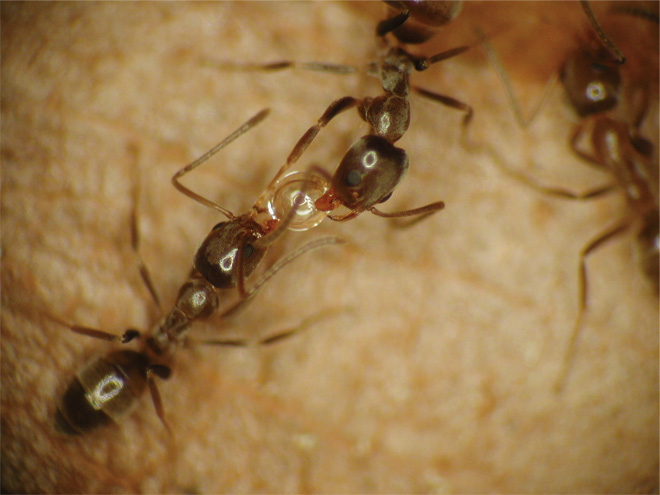 Figure 4. Ants can be controlled with bait because they share food in a behavior known as trophallaxis.