Circular 1005
View PDF picture_as_pdf
This publication is part of the Home Garden series. 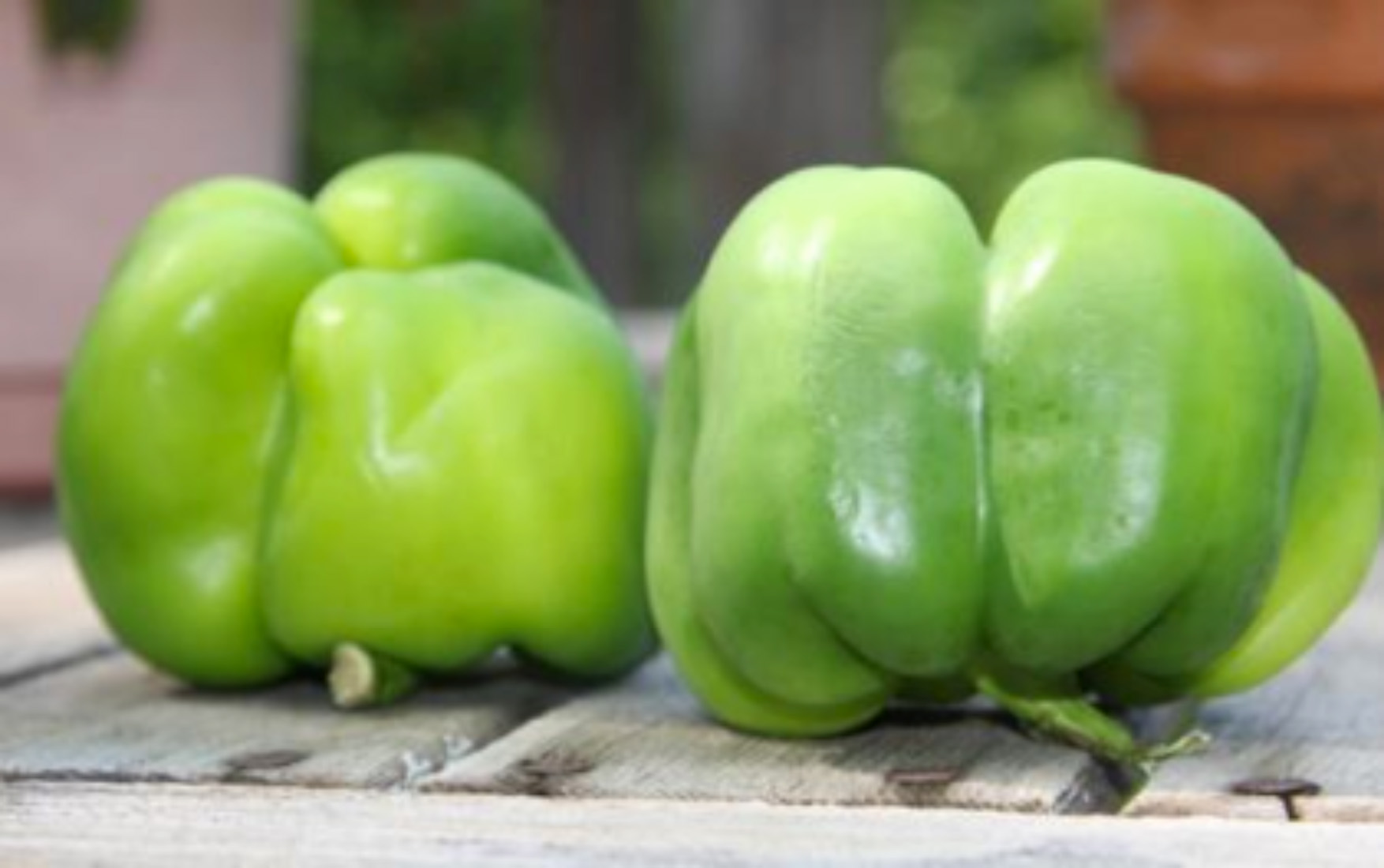 The rich, full flavor and freshness of a home-grown pepper just picked from the bush are the gardener?s reward for growing their own peppers. Fortunately, the most popular pepper varieties are easy to grow as long as you understand and follow a few basic gardening principles. 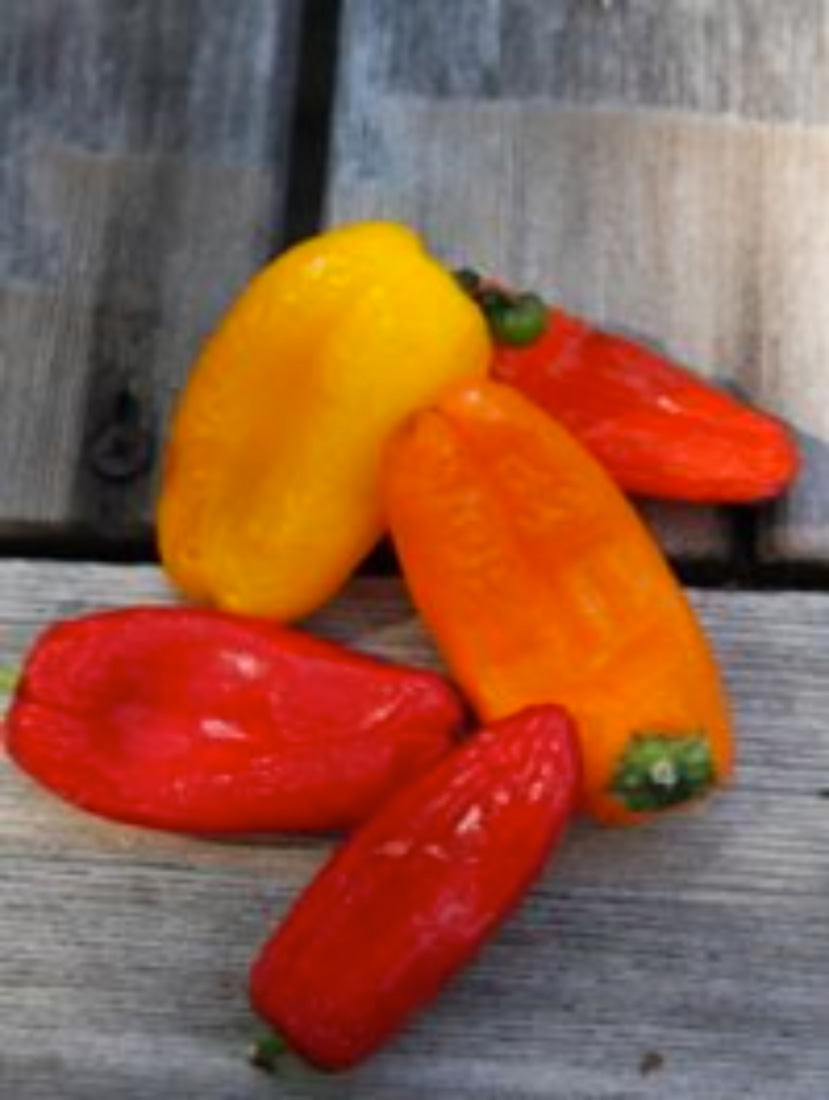 There are two major types of peppers: sweet and hot. Their pungency is actually found in the seed, and it is measured according to the Scoville Heat Index. The mildest peppers such as sweet bell peppers, banana peppers and cherry peppers are at the bottom of the Index. In the middle are serrano, red cayenne and yellow hot wax peppers. At the top of the scale are the habanero and chili peppers.

Peppers are warm-weather plants that belong to the vegetable family Solanaceae, along with eggplant, tomatoes and potatoes. They self-pollinate, enjoy full sun, and do not tolerate frost or cool, wet soil. Soil temperatures should reach 70°F, with night temperatures staying about 50°F, before planting peppers in the garden.

Pepper seeds take about 10 days to germinate. You can start them indoors six to eight weeks prior to transplanting them into the garden. However, most gardeners find it easier to purchase transplants from garden centers.

Peppers need a well-drained soil that receives eight to 10 hours of sun per day. Prepare your soil as you would for tomatoes, using some compost or other organic soil amendment if necessary. Adjust the pH to 6.0-6.5. It is best to test the soil two to three months prior to planting for proper liming and fertilization recommendations, and then to initiate the correct fertilization program. If the soil is not tested, a complete fertilizer such as 10-10- 10 or 13-13-13 can be applied at the rate of 2 pounds per 100 square feet of garden, and lime may be added at a rate of 20-25 pounds per 1,000 square feet. Spade or till the soil to a depth of at least 6 to 8 inches, and then level it with a rake.

When planting, space pepper plants 12-24 inches apart in the row, with rows about 3 feet apart. Mulch peppers with compost, straw or wood chips to prevent weeds from growing and to conserve water. Make sure mulch is kept off the stems. Water peppers with drip irrigation or soaker hoses when possible to keep the root zone moist. The root zone should be 6 inches deep. Consistent watering is critical for proper fruit set and development.

Harvest, Storage and Use

Peppers are usually ready for harvest 70 to 85 days after installing a transplant. Bell peppers can be harvested green, when they reach full size and the walls are firm. Cut the stems instead of pulling them to avoid breaking branches. When green bell peppers are left on the bush after reaching full size, they will change to a red color. These will be sweeter in taste than the green peppers. Hot peppers, except for jalapenos, should be allowed to ripen on the bush. They should be harvested when they reach their final dark red color.

Store peppers in the refrigerator. They can be stored for two to three weeks in 45° F with 80 to 90 percent relative humidity. Bell peppers can also be frozen. Cut them into strips, spread them out on a tray, and then freeze them. After they are fully frozen move them into plastic bags, and store the bags in the freezer. To dry peppers, pull the whole plant just before the first frost and hang it upside down.

Protect your hands with gloves when handling hot peppers to prevent skin, eye or nose irritation. You can use peppers in salads, stews, stuffing, relishes and pickling. Sautéed onion and green peppers cut up in strips make a tasty side dish. One raw red pepper can meet the daily requirements for both vitamins A and C.

Peppers can suffer from blossom-end rot, a brown rot at the blossom end of the fruit caused by a calcium deficiency and poor irrigation management. Products containing calcium chloride can provide temporary relief, but the soil pH should be checked for a long-term solution.

Insects like European corn borer, corn earworm and armyworm can also be a problem. Bacterial wilt and bacterial leaf spot are the two most common diseases in peppers. To reduce disease problems, always use certified disease-free seeds and transplants.

Rotate planting locations regularly. Do not plant peppers (or other plants in the same family) in the same garden spot more than once every two years. Remove all plant debris from the garden at the end of the growing season to limit insect and/or disease problems the following year.