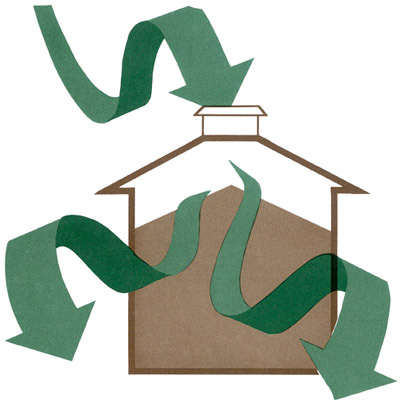 Estimated annual grain loss from harvest to consumption is approximately 10 percent of total production. About half the loss occurs during harvest; the remainder in storage. These losses can be reduced and, in the case of storage, eliminated if proper procedures are followed.

Aeration is a process of moving small volumes of air through grain or seed to cool and ventilate the material and maintain quality. The moisture content of the seed or grain is changed very little by aeration due to the low volume of air. So do not confuse aeration with drying, which reduces moisture to a level acceptable for safe storage or commercial sale. Drying can be a rapid process if heated air and high air flow rates are used, and it changes the moisture content considerably in a short period. The terms aeration and drying are both used in referring to moisture control and preservation of grain and seed, and the two should not be confused.

All organisms responsible for losses in stored grain and seed are affected by the condition (temperature and moisture) of the material. Such organisms include bacteria, insects, molds and mites. So cool, dry grain and seed keep longer if these deteriorating elements are prevented.

These elements are greatly inhibited at temperatures below 40 degrees F. Little insect reproduction occurs in grain below 60 degrees F. Aeration, however, is an aid to insect control, not a substitute for fumigation. 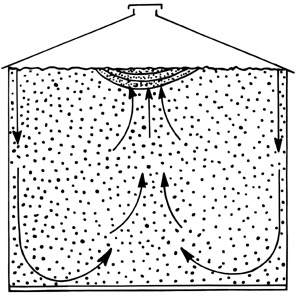 Moisture often condenses in the top of stored grain even if the grain was dry at the time of storage and was stored in a weather-tight bin. Grain and seed are normally placed in bins in the fall of the year and lose heat as winter progresses. The material near the walls and surface cools faster than the material in the center. This temperature differential within the bin produces air currents, as shown in Figure 1.

The air near the bin walls cools, becomes denser and settles downward, producing a downward motion near the walls. The air in the center portion of the bin is heated, expands and becomes lighter, causing it to rise. The warmer air has greater moisture-holding capacity and, therefore, absorbs moisture from the grain near the center of the bin. As this warm, moist air rises through the top layer of cooler grain, the air is cooled and loses some of its water-holding capacity, thus producing condensation.

Also, as this air from the center continues to rise to the underside of the bin roof, further condensation occurs if the surface is cool. Water, therefore, accumulates in the top layer of grain because of these air currents moving through the grain, even though the bin is weather tight. The moisture condensation accumulation in the top layers of grain produces spoilage.

Air distribution usually is more uniform in upright bins than in flat storage. For this reason, higher air flows are recommended for flat storage bins. Recommended air flow rates for intermittent operation in the southeast are as follows:

Do not use lower rates unless moisture content is less than 12 percent (wet basis).

Horsepower requirements and static pressure in inches of water for aeration fan operation are shown in Table 1. The table is valid only for clean grain without excessive fines or chaff.

Normally, the air should be drawn downward through stored grain, counteracting the tendency of the warm air to rise. Some condensation may occur when warm, moist air rises through a cooler top layer. Moving the air downward cools the upper layers of grain first and reduces the possibility of moisture migration.

If heat is trapped above the grain in partially filled bins, the downward motion of the air can raise the grain temperature, which is undesirable. Under these conditions, open the bin top and allow the hot air to rise before aeration begins. 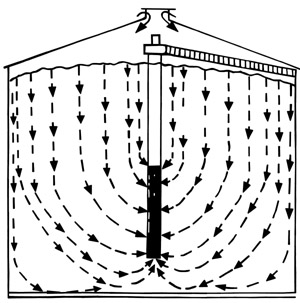 Figure 2. Vertical aerators are satisfactory for smaller bins, usually aerating 5,000 bushels or fewer. If used in square or rectangular bins, the distance between aerators should not appreciably exceed the grain depth. 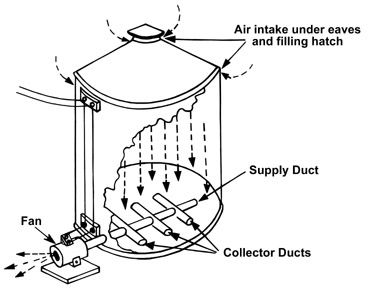 Figure 3. Duct system for round or rectangular bins.

Perforated floors distribute air uniformly and are well suited for aeration and are also frequently used with various drying systems. It is often not feasible to install a perforated floor for aeration only. Ducts are less expensive and satisfactory for aeration. However, ducts above the floor make it impossible to use sweep augers. Vertical aerators, as shown in Figure 2, are effective in round storage bins and normally can be used with sweep augers for unloading the bins. Some vertical aerators are portable and can be installed after the bins are filled. One aerator can serve bins up to 18 feet in diameter if air flow is adequate.

Aeration ducts, as shown in Figure 3, can be used to distribute air for aeration. Short ducts (length over diameter less than 50) should have openings or perforations equally spaced over their surface area for air passage into the grain. For uniform air distribution in long ducts, the percentage of perforation in relation to the duct surface must be lowest at the fan end. The perforation in long ducts (length over diameter greater than 50) can be as low as 1 percent near the fan and as high as 20 percent at the farthest point.

Friction losses in ducts increase as air velocity increases. Ducts must be large enough to prevent excessive static pressure losses from duct friction. Air velocities in ducts of 1,000 feet to 1,500 feet per minute are desirable. The cross-sectional area of supply ducts can be determined as follows:

Suppose you want to determine the supply duct size for aerating the wheat in the previous example using an air velocity in the duct of 1,000 feet per minute. The required duct size is:

A 10-inch circular supply duct or a 6-inch by 12-inch rectangular supply duct would be sufficient (Table 2). The total cross-sectional area of the collector ducts should have at least as much area as the supply duct.

To prevent excessive friction losses as the air enters the perforated ducts and leaves the grain, the duct needs enough perforated surface area to limit air velocity through the grain near the duct to 20 feet per minute or less. This determines the minimum length of the duct. The area of the duct perforations should be at least 10 percent of the total duct surface. Distribution of these perforations is discussed under "Air Distribution Methods."

The total required surface area of a perforated duct can be determined as follows:

In the previous example:

Assuming the 10-inch diameter round pipe, as previously mentioned:

Ducts can be of any geometric shape or configuration. They are normally made of wood, steel, concrete, ceramic material, plastic or a combination of these materials. For example, ducts can be made of two rows of concrete blocks and boards by placing short boards over the blocks and leaving cracks for air movement. Wire screen placed over such a duct will keep grain out of it. The duct must be strong enough to support the grain regardless of its shape or material used.

Suppose you need to know the vertical and lateral loads on a duct covered with soybeans to a depth of 15 feet. The load in pounds per square foot is determined by multiplying the grain depth in feet by the densities in pounds per cubic foot given in Table 4.

The lateral load acts on a vertical surface such as walls or sides of ducts. The angle of repose is the angle measured from the horizontal, which the granular materials takes if allowed to pile or funnel.

A grain temperature of 50 degrees F is generally satisfactory, particularly if the grain is to be moved the following summer. For grain that is to be stored more than a year, lowering the temperature below 50 degrees F will give better insect and mold control. If cold grain is removed from storage on a warm, humid day, condensation may occur. Operating the fan and warming the grain to within 15 to 20 degrees F of the air temperature will help control this.

Crop drying fans, if used for aeration, have considerable capacity and should not be operated when humidity is extremely high or low. The higher air flow cools the grain rapidly. It is desirable to aerate with these fans only when the humidity is below 60 percent and the grain is 10 to 15 degrees F warmer than outside air temperature under these conditions. During warm periods, aerate during the cooler part of the day (evening or early morning). Operate the fan continuously for a few days to remove harvest heat.

The electrical requirement to power aerating fans is influenced by air flow rate, type and depth of grain, the degree of uniformity, and the number of seasons when cooling is needed. Small grain such as wheat may be aerated during fall and winter. Using average cost of electricity and considering the above facts, the cost of electricity for aerating grain varies from 1/5 to ¾ cent per bushel.

Figure 4. A humidistat and a thermostat in the wiring circuit provide automatic control.

Automatic controls that take full advantage of favorable weather are normally used for larger amounts of stored grain; manual controls may be practical for relatively small amounts of grain. Manual controls require a close check of temperature and humidity to determine when to aerate. A hygrometer, which contains a wet and dry bulb thermometer, can be used to determine the relative humidity of the air.