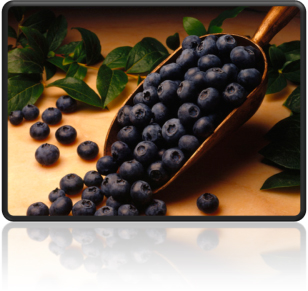 Blueberries are sold both fresh and frozen in Georgia. The percentage of each varies from year to year, but equal amounts are often produced. The price difference between fresh and processed is substantial. Southern Highbush blueberries are all fresh-market and the cost of production is higher.

Assumptions used in the economic analysis

Although there are several ways of doing a budget, this economic analysis adopted the risk-rated method. The risk-rated return assumes five different yields and prices per pound at the top of the budget, namely: “Best,” “Optimum,” “Median,” “Pessimistic” and “Worst.” The “Best” and “Worst” yield or price levels were expected to occur very rarely. The “Median” yield and price level was expected 50 percent of the time. The “Optimistic” and “Pessimistic” levels would be anticipated to occur once in six years.

Planting distance used for this study was 4 feet by 10 feet even though growers are slowly adopting 2.5 feet by 10 feet. After planting and cultivation, it was assumed to have taken four years for the crop to attain full production. Variable interest rates of 7 percent of total operating/variable costs were used for each year. Cost per flat was based on custom packaging. Hired utilized labor was contracted at a flat rate of $9.00 per hour. Harvesting yields were calculated based on a 95 percent fruit recovery rate; thus, 5 percent field and packaging loss. The brokerage fee was 15 percent, with cooling and handling included. The overhead and management fee was 15 percent of the total operating/variable cost. Compounded recaptured costs were based on a 5 percent fixed interest rate, and the expected lifespan of a blueberry farm in the Georgia environment was 20 years. Machinery and equipment operation cost calculations were based on 10 acres and a 5 percent fixed interest rate.

The calculations included all the essential topics such as percentage use for crop, purchase price, salvage value, life span, depreciation, interest, tax and insurance. All equipment was assumed to be new. Solid set irrigation was calculated based on 10 acres with a sprinkler spacing of 40 feet by 45 feet and an 8-inch well capable of pumping about 600 gallons/minute. Risk-rated marketing prices and yields were obtained from growers and MBG Marketing Inc., while input and equipment prices were obtained from vendors and machinery dealers, respectively. The adopted variable interest rates for operating/variable costs were for short-term loans, while the fixed interest rates used for machinery and compounded establishment costs were for long-term loans (these rates were recommended and/or obtained from AgGeorgia Farm Credit). A detailed calculation breakdown of fixed machinery and equipment, irrigation and recaptured establishment costs may be provided upon request.

The first year in establishing Southern Highbush Blueberries is highly crucial in terms of workload and cost. This budget includes all returns and costs associated with producing this crop in Georgia. For this estimated analysis a planting distance of 4 feet by 10 feet was employed, amounting to 1,089 plants per acre at a cost of $2,450.45. Other notable cost components in land preparation include: stumping, pushing and burning, which costs $1,000 per acre; chopping, which costs $120 per acre; and milled pine bark at $800 for 20 tons. Fertilizers, along with pre- and postemergence weed control costs, equal $406.04, while pest and disease control costs were $255.71. The total operating cost for the first year amounted to $6,563.24. Fixed costs consisting of a tractor and equipment, overhead and management, and irrigation equaled a sum of $3,107.36. Both of these together determined the total establishment costs for one year: $9,670.60.

During the second year, the number of times insecticide and fungicide was applied doubled. Correspondingly, the labor involved in spraying also doubled. As a whole, this had a major impact on the total variable cost. Furthermore, the total operating cost for year two was $1,693.33, which is nearly five times less than year one. It was assumed that 500 pounds would be harvested in year two, equivalent to 145 flats (3.3 pounds containing 12 to 125 g clamshells) with a 95 percent pack out rate.

Harvesting and marketing costs, including harvesting, custom packing, cooling, handling and brokerage fees, amounted to $2,984.35. Fixed costs similarly included tractor and equipment, overhead and management, and irrigation. These amounted to a cost of $2,376.87 and altogether give a total establishment cost of $7,045.55 for year two. Assuming a return from receipts of 1,615 pounds with a 95 percent pack out rate and a selling price of $3.00 per pound (median), gross receipts would be $4,845.00. This reduces the total establishment cost in this year to $2,209.55.

In the third year, fungicide was the largest variable cost component at $369.00, followed closely by irrigation at $276.87. Although the cost of labor remained relatively the same, the total cost of pruning decreased significantly from $239.58 in year two to only $36.00 in year three. Chemicals and labor for weed control amounted to $188.00, which was $51.00 lower than the previous year due to a decrease in the price of post-emergence chemical. Fertilizers for this year amounted to $158.10 and insecticide cost only $48.00. Total operation cost for year three was $1,693.33.

Total harvesting and marketing costs were $7,022.00. This included harvesting, custom packing, cooling, handling and brokerage fees. Fixed costs, including tractor and equipment, overhead and management, and irrigation altogether cost $2,332.80. The overall total cost for year three is $10,754.33. Assuming a return from receipts of 3,800 pounds with a 95 percent pack out rate and a selling price of $3.00 per pound, gross receipts were $11,400. Therefore, the total cost per acre resulted in a net gain of $645.67 in year three.

In year four, the blueberry field is assumed to be in full production. The chemicals and labor required for disease and pest control contributed the most to the total variable cost at $501.00. Pruning and mechanical topping increased significantly with a sum of $314.58 in year four versus $36.00 from the previous year. Irrigation amounted to $276.87, while weed control costs were $220.00. The cost of fertilizer remained the same as the year before at $158.10. Total pre-variable costs amounted to $1,706.17.

Total harvesting and marketing costs, including harvesting, custom packing, cooling, handling and brokerage fees were $12,288.50. Fixed costs include tractor and equipment, overhead and management, and irrigation, which altogether cost $3,418.18. Assuming a return from receipts of 7,000 pounds with a 95 percent pack out rate and a selling price of $3.00 per pound, gross receipts would be $21,000. This minus the total cost per acre of $17,412.82 equal a net gain of $3,587.18 in year four.

Many factors had direct or indirect impact on input prices, cost of production and profitability. Farmers use motor sizes (HP) that are commensurate with their future targeted acreages. Quantity discounts for items such as packing supplies were factors that also affected prices of some inputs. The cost estimate in this study reflects a combination of the current agricultural practices in Georgia, which have changed drastically from the past decade, and recommendations from UGA specialists. Prices used were actual prices obtained from vendors around the counties involved in blueberry production areas, excluding quantity discounts.

The fixed machinery cost in this study includes shielded herbicide sprayer, air-blast sprayer, rotary mower, tractor, fertilizer spreader, harrow and hand-sprayer. The following were taken into consideration in the calculations: percentage of use for Southern Highbush, purchase price, salvage value of equipment, lifespan, depreciation, interest, taxes and insurance, respectively. The calculation was based on 10 acres and a 5 percent fixed interest rate. The estimated fixed machinery cost per acre in this study was $795.22. Overhead and management cost was $255.93, or 15 percent of pre-harvest variable cost (Table 4).

Irrigation fixed cost per acre was $1,327.65 and included items such as pipes and fittings, sprinklers, 8-inchedeep well, pump and motor, check valves, filter, meter base, cut off valve, water tank, miscellaneous items and installation, respectively. The following were taken into consideration in the calculations: percentage of use for Southern Highbush, purchase price, salvage value of equipment, lifespan, depreciation, interest, taxes and insurance,respectively. The calculation was also based on 10 acres and a 5 percent fixed interest rate (Table 4).

While the annual compounded recaptured establishment cost was $1,039.38, the fixed compounded interest rate used was 5 percent. We used 20 years in our calculations because we believe that a well-managed Southern Highbush blueberry farm in Georgia would last that long before it would need to be replanted. A detailed calculation breakdown of fixed machinery and equipment, irrigation and recaptured establishment costs may be provided upon request (Table 4).

Georgia is the fourth- or fifth-highest producer of cultivated blueberries in the U.S., with almost 10 percent of production. Marketing and economic analysis were carried out to determine why the blueberry industry in Georgia has experienced tremendous growth. A risk-rated returns over total costs revealed that the base budgeted net revenue was $3,587 with a 99 percent chance of making a profit under Georgia conditions. Such a return on investment per acre indicates that the industry is vibrant.

This work was funded by a Southern Region Small Fruit Consortium (SRSFC) grant for which the authors are indebted. The authors are also indebted to the growers and vendors who provided valuable information for this work.