Georgia's tobacco crop hurt by excessive rainfall in May

Excessive rainfall in May reduced the potential yield of Georgia’s tobacco crop by as much as 15 percent, according to University of Georgia Cooperative Extension tobacco agronomist J. Michael Moore.

Moore believes that some producers experienced as much as 15 to 25 inches of rainfall during the last two weeks in May, a time when tobacco is starting to grow. The added moisture leached a lot of nitrogen — a vital nutrient — out of the soil, which caused the tobacco to turn yellow.

“When you think about losing 15 percent of optimum yield for the season, it’s really not a good start. But then again, it’s not just Georgia. We see damage in South Carolina and in North Carolina from late crop planting because it’s been too wet,” Moore said.

The increased rain combined with limited sunlight caused the tobacco roots to suffocate when the soil filled with water. The roots died and began to rot. Moore said farmers are now trying to grow a new root system that will soak up the nitrogen that still resides in the soil. The plant will regrow roots as the soil dries if it did not totally drown.

Some growers replaced some of the nitrogen that leached from the soil to make it available to the plants growing new roots.

“We experienced a drought several weeks prior to the beginning of the rain. We needed rainfall, we just didn’t need it all at once and we didn’t need the volume that we received,” Moore said.

Growers have worked with local UGA Extension agents to determine how best to replace the leached nitrogen, the amount of nitrogen that needs to be replaced based on what was applied earlier, and the amount of rainfall over this period of time in May.

According to Beasley, Berrien County produces more than 1,250 acres of tobacco. Local growers are seeing an increase in tomato spotted wilt virus, and as much as 20 to 30 percent of the county’s crop has been impacted by this disease, which is transmitted by thrips.

“The tomato spotted wilt virus has always been a problem for our growers. It’s our No. 1 disease problem, our No. 1 impediment to the yield and quality of the Georgia crop,” Moore said.

The virus can damage plants’ leaves to the point that they’re unusable. Plants can also die if they’re infected in the first two weeks.

The first round of tobacco harvests in Georgia should begin in the next two weeks. According to Moore, approximately 12,500 acres were planted this year.

Clint Thompson is a news editor with the University of Georgia College of Agricultural and Environmental Sciences based in Tifton.
Authors:
Clint Thompson
Experts/Sources:
Alex Csinos
J. Michael Moore 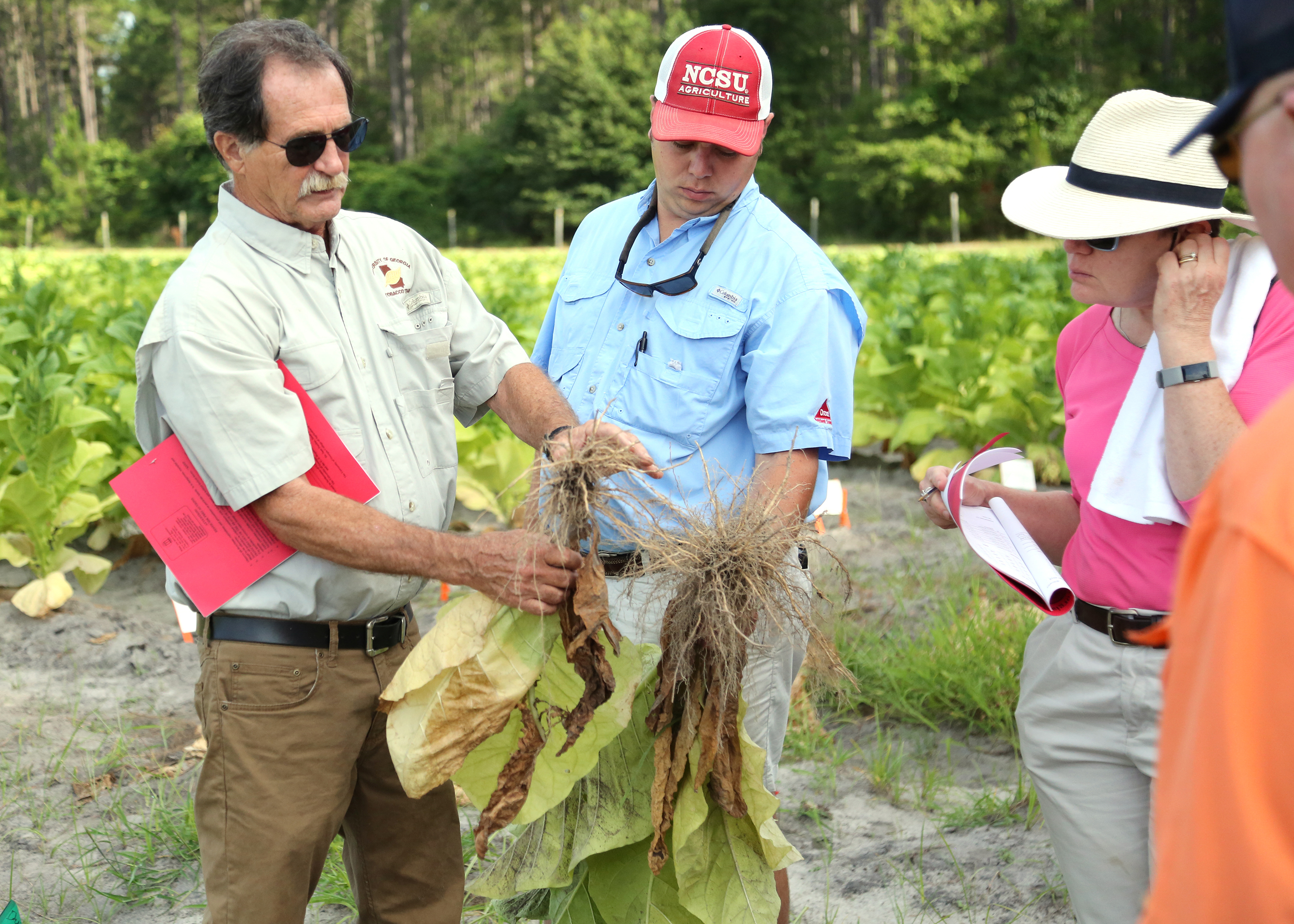 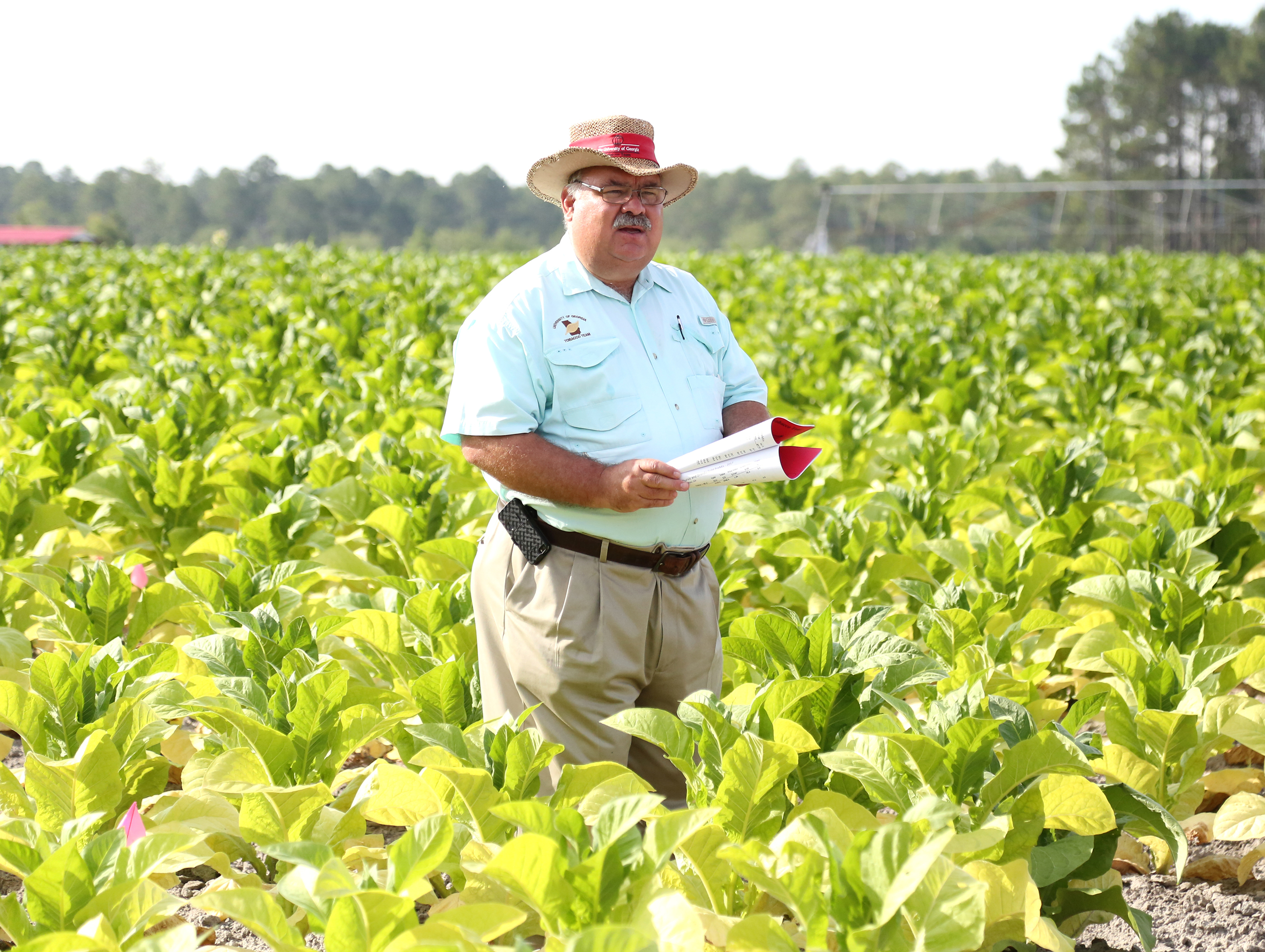