A year after Hurricane Michael ravaged southwest Georgia, including the region’s pecan industry, farmers still are struggling as they harvest this year’s crop, according to University of Georgia Cooperative Extension pecan specialist Lenny Wells.

In an average year, farmers will harvest between 1,300 and 1,400 pounds of pecans per acre, but this year’s production is down by more than half that number.

Brian Hayes, Mitchell County Extension coordinator and Agriculture and Natural Resources agent, predicts that number will decrease significantly, despite the fact that growers have harvested less than 20% of the total crop.

“We’re probably down 60% to 70% of normal production because of the hurricane,” said Hayes. “We’ll be lucky if we pick up 500 pounds per acre this year.”

The National Weather Service said Hurricane Michael ripped through Albany, Georgia, and other parts of southwest Georgia with wind speeds at approximately 115 miles per hour in October 2018. Those violent winds caused underground root breakage and significant limb damage. Pecan growers lost almost the entirety of what experts said could have been a record-breaking crop.

Wells said it will likely take growers a few seasons to recover.

“The trees that are left standing lost such a large percentage of limbs that there is less fruiting wood on there to produce nuts,” said Wells. “Those have to regrow for a year or two for those trees to be productive again.”

Pecan season was also hindered this year by the lack of rainfall and hot temperatures experienced in September and October. Both factors contributed to nut crops not developing properly.

“As growers go to shake the crops off the trees, they’re finding some of their crop still in the shucks, which have failed to open up,” said Wells.

Many of these unopened nuts have shown an increase in premature sprouting of nuts on the tree, some embryo rot and poorly filled kernels. Embryo rot occurs when the sprouting root from the nut dies and the embryo decays.

One positive for pecan producers is that early prices have improved from last year thanks to high global demand. For example, certain varieties of Georgia pecans like 'Pawnee', 'Oconee', 'Desirable', 'Cape Fear' and 'Creek' are in high demand for Chinese New Year, which is January 25, 2020. Of those varieties, many are harvested from September through October.

“The high demand from China we saw earlier is encouraging, even with the tariffs in place, because they had a strong interest this year for certain large varieties,” said Wells.

While the export market for pecans showed early promise, prices began to drop in early November after China filled the demand for Chinese New Year. Without China in the market currently, importation of pecans from Mexico, in conjunction with lower yields, has hurt domestic prices for growers. 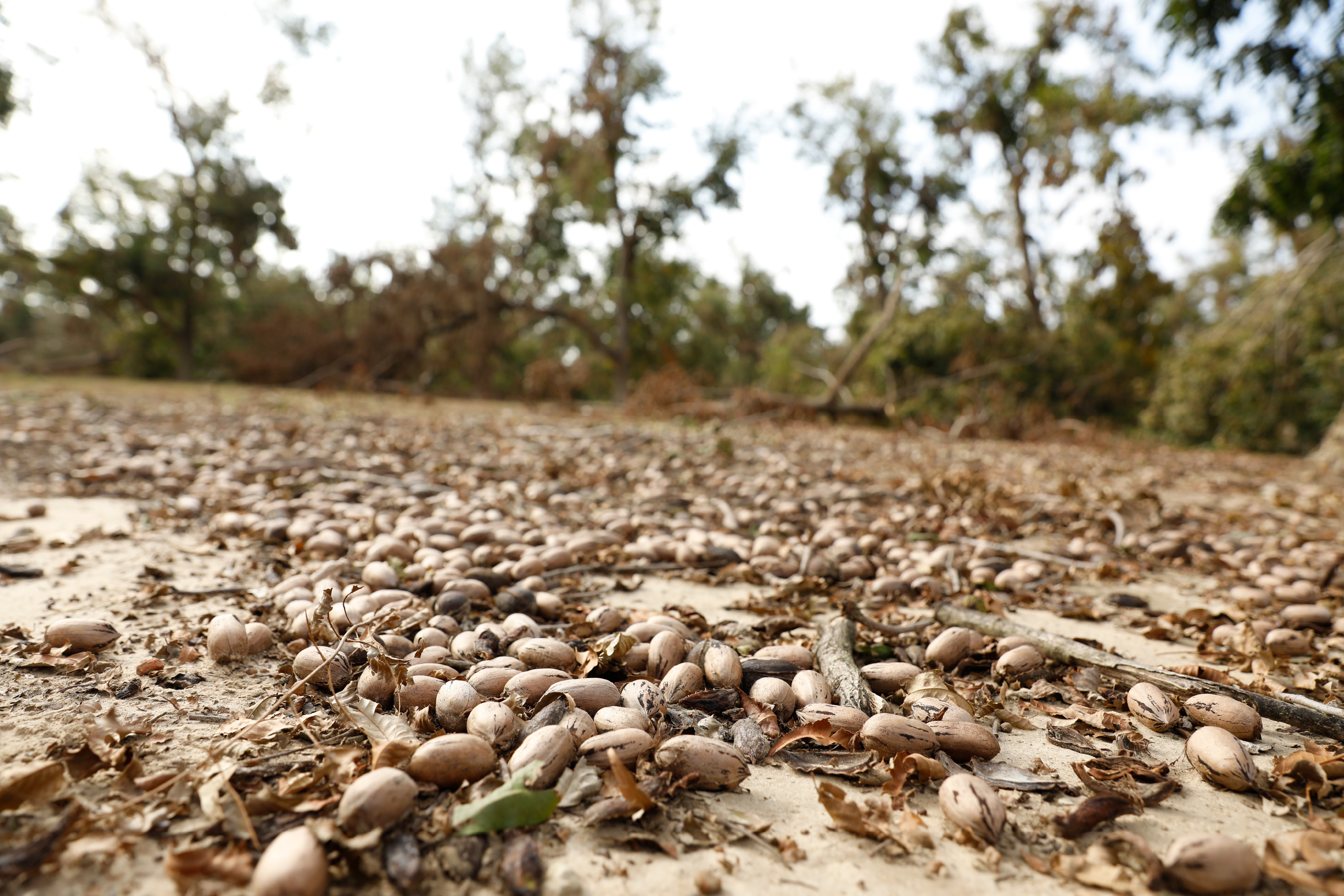