The deadline for logging counts from the Aug. 23-24 pollinator count was Wednesday at midnight. Georgians logged 4,567 counts during the groundbreaking citizen science exercise.

“I think the story now is how excited people were to participate,” said Becky Griffin, school and community garden coordinator for University of Georgia Cooperative Extension and the pollinator count organizer. “I have heard several times that people will never look at their gardens the same way again and that slowing down for 15 minutes to look at the insects was eye-opening.

“I am so very, very grateful for all of the Georgia citizens who were willing to give up their time to support our pollinators.”

Each participant spent 15 minutes focusing on one individual blooming plant. They tallied the number of insects and the types of insects they witnessed during those 15 minutes and then recorded and reported the type of plant they selected, the time of day, the weather and their location.

Griffin is working with other pollinator experts to crunch the data to look for trends about which pollinators were most populous in different parts of the state. Citizen scientists from every corner the state — from southwest Georgia woodlands to downtown Atlanta — participated in the count. Once analyzed, the results should provide a needed benchmark for the state's native pollinator population. Future censuses will help track the health of Georgia pollinators.

Pollinators, both domestic and wild, contribute about $367 million to the Georgia economy each year, according to a 2015 study by UGA economists.

Griffin modeled the program on the Great Backyard Bird Count, a citizen science program run by Cornell University that asks people to count the birds they see in their backyard on a given winter day. Hopefully, the Great Georgia Pollinator Census will become an annual tradition for families and gardening groups, much like the backyard bird count.

In addition to the data generated by the census, Griffin wanted the count to serve as an educational experience for Georgians. After spending 15 minutes focused on one plant to count pollinators, many participants reported having a new respect for their backyard or garden ecosystems, Griffin said.

In addition to hundreds of adult volunteers, thousands of school children participated in the count. At Colham Ferry Elementary School in Watkinsville, Georgia, STEM teacher Diane Parr's students practiced for two weeks leading up to the count. When the day came, they were excited to make history, but they ended up wowed by what they witnessed in the garden.

“The pollinator count opened the eyes of my students to the importance of every living thing on Earth, including the tiniest insects,” Parr said.

While it was hard to stay still and count for 15 minutes, each student came away with a new appreciation of the tiny world that exists on the plants in the school garden, Parr added.

“The educational part of this project is just as important as the data,” said Kris Braman, professor and head of the Department of Entomology at the UGA College of Agricultural and Environmental Sciences, after finishing her on-campus count Aug. 23. "It's a wonderful chance for people to learn more about the pollinators in their yards, what's really happening to them, and how they can support them.”

Merritt Melancon is a news editor with the University of Georgia College of Agricultural and Environmental Sciences.
Authors:
Merritt Melancon
Experts/Sources:
Becky Griffin 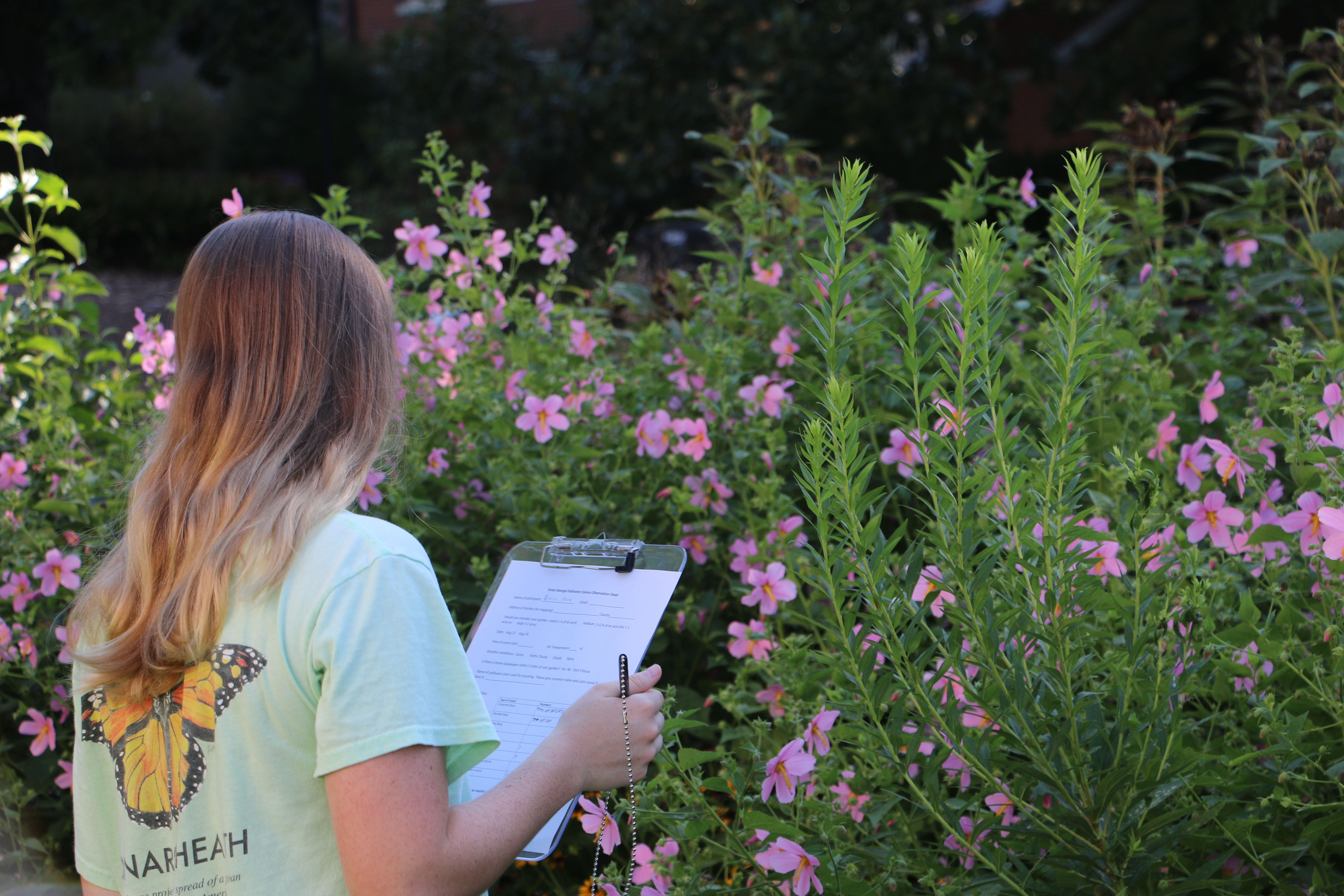 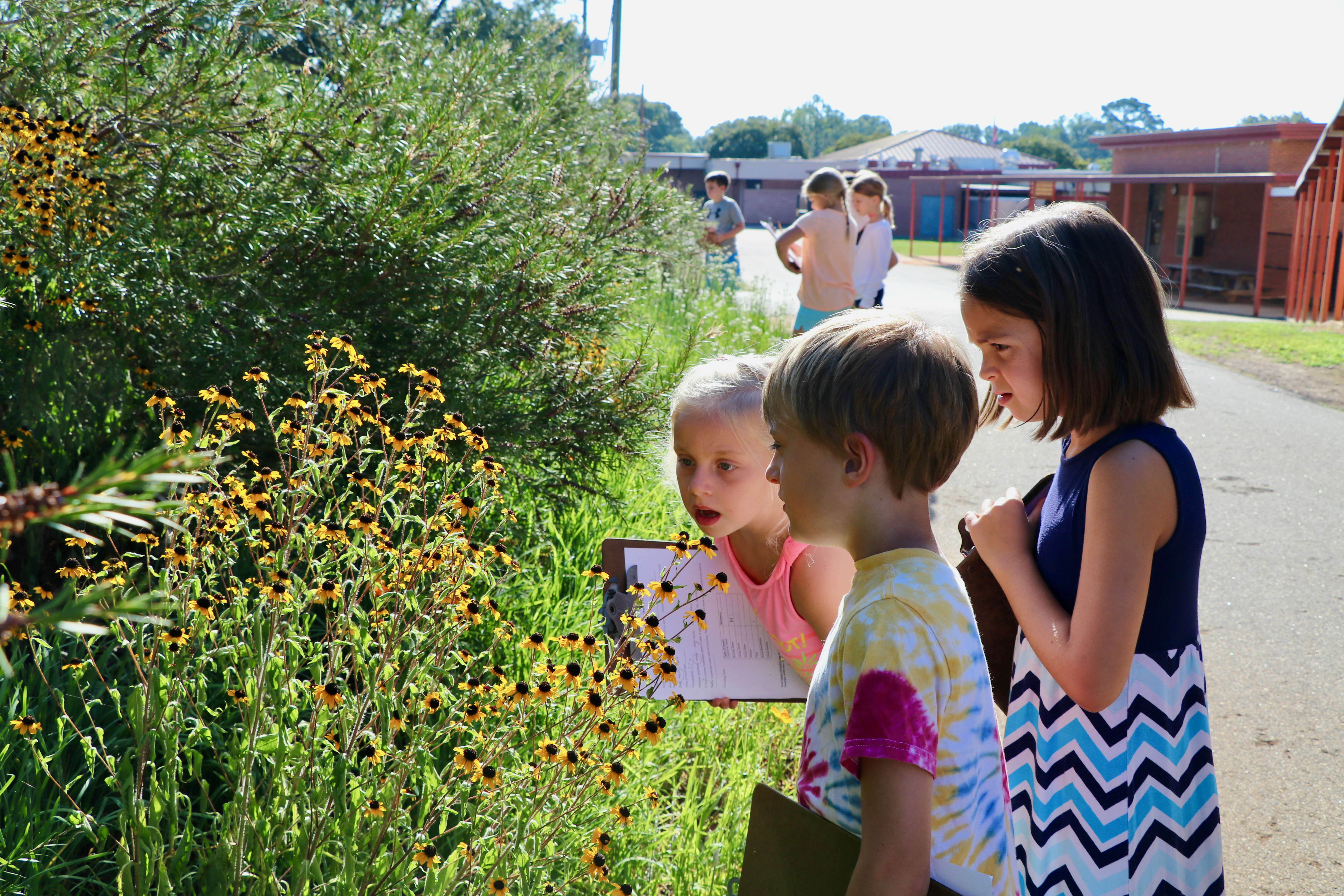