San Jose Scale is predicted to be particularly bad this year for peach growers, as this pest is active in temperatures over 51 degrees Fahrenheit, “so we’ve already had a lot of days for this pest population to grow,” said University of Georgia Peach Entomologist Brett Blaauw.

“This pest is so pervasive in the southeast that we really don’t recommend scouting because it’s time and labor-intensive and not always accurate. We know this pest exists in every orchard and we know it will need to be managed,” explained Blaauw. As such, every year two applications of horticultural oil should be applied to the trees while they are dormant.

As we approach spring, Blaauw recommends making one application of a dormant horticultural oil (“delayed dormant”) just before buds turn pink. A 1% to 1.5% oil solution can be applied alone or mixed with an insect growth regulator, especially if you have had a history dealing with this insect in your orchards.

“Full coverage is key, so the standard recommendation is 200 gallons per acre, but if trees have been pruned, you can knock that rate down to 100 gallons per acre and you’ll actually see better control,” explained Blaauw of the synergistic effect of pruning and spraying.

“One caution regarding pruning,” said Blaauw. “As the temperature warms, pruning trees may trigger them to bloom. So, if the weather predictions hold true this year, it may be wiser for folks to go ahead and spray at the higher rate and wait to prune their trees once we are past the risk of a possible late frost.”

The fear of losing new blooms due to late frosts are all too common for peach growers in the southeast, so Blaauw suggests applying horticultural oils prior to or at the onset of bud swell, which usually occurs between the end of January and mid-February for most growers in Georgia. This time of the year it is important to watch the temperature because oil applications may cause considerable tree injury if applied when daily low is below 28 degrees Fahrenheit or daily high is over 65 degrees Fahrenheit, or the two- to three-day forecast includes a harsh cold snap.

If growers intend on applying a sulfur fungicide, which is more of an issue later in the season, they’ll need to make sure to apply their horticultural oil two weeks prior to the sulfur application, instructed Blaauw.

“Sulfur reacts with oils to form plant-damaging compounds that may burn leaves or even defoliate trees, so just make sure you allow for a two-week gap between those applications,” he said.

For more information on insect pest management in peaches, visit the UGA Peach Blog or refer to UGA Extension Bulletin 1171. 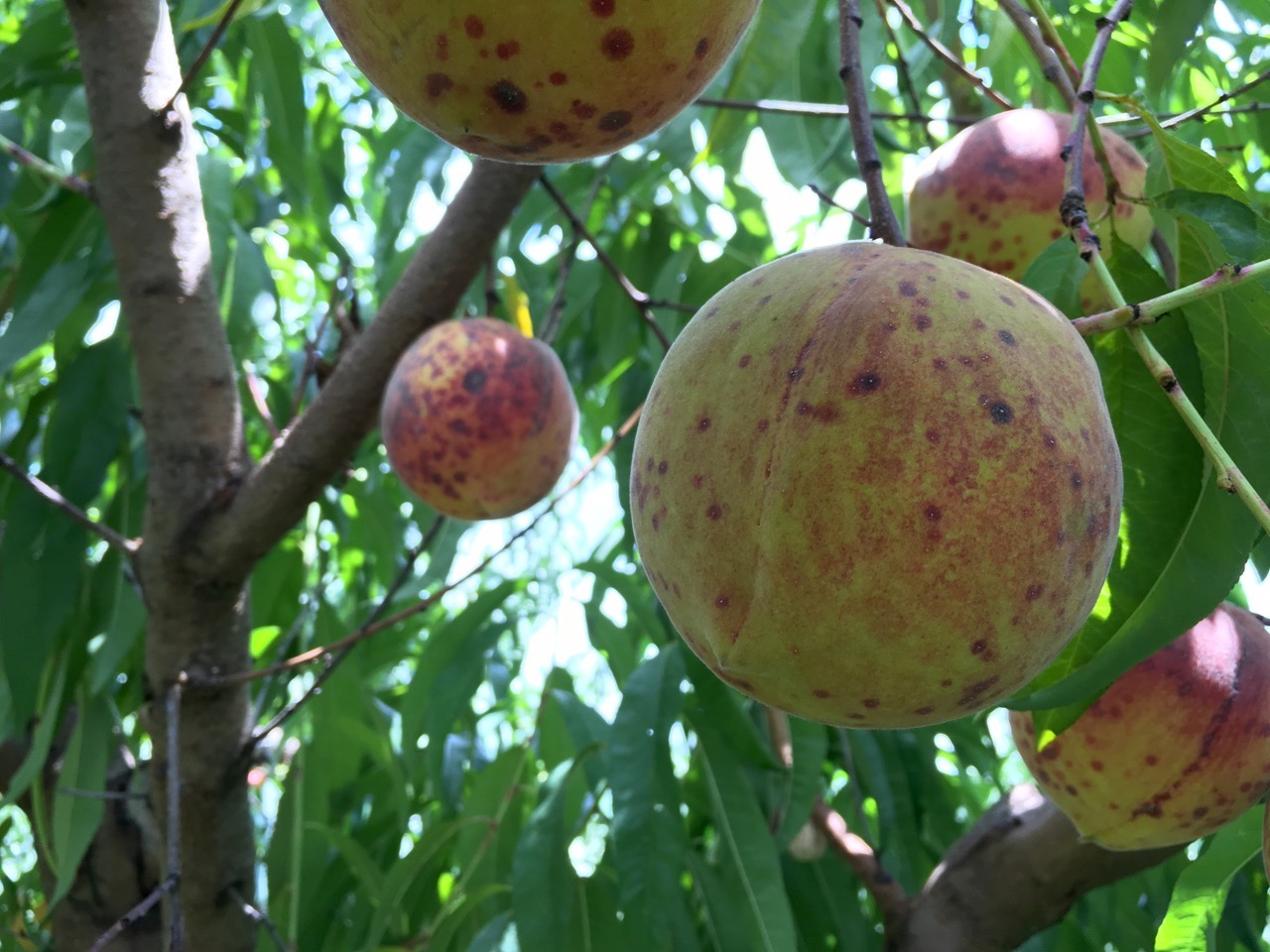