Standing in the Chattahoochee National Forest recording the song of the Brood X periodical cicadas on her smartphone, Julia Berliner realized in that moment that the last time the insects emerged from forest soil, her phone did not exist.

“Seventeen years ago I was only 6 years old, and my brother who is 6-foot-2 with a driver's license was 0 years old,” said the University of Georgia graduate student who is studying insect ecology in the Department of Entomology at the College of Agricultural and Environmental Sciences.

“It’s hard to believe that every cicada I saw on the trip had been alive for about as long as he has been alive,” Berliner said of her brother.

Along with several other entomology graduate students, Berliner recently took a short break from research and studies and headed deep into the north Georgia forest to search for the freshly emerging red-eyed insects, getting back to the basics of what drew them to the discipline they love.

The enthusiastic group had been planning the trip for weeks, even having t-shirts designed in honor of the rowdy cicada with the slogan, “Let me hear y’all make some noise!” Cameras, video equipment, tents, flashlights, water and food were unloaded at their base camp as they got ready to witness and document the 2021 Brood X emergence.

And then the adventure began.

“I felt a sense of amazement! The fact that they take their own sweet time and ‘hang out’ underground as nymphs for so many years made watching them molt that much more of a treat,” said Gabriela Cardona-Rivera, a doctoral candidate studying aquatic entomology.

“After working practically nonstop for the past few months, that trip was just what I needed to recharge and come back with more appreciation towards insects and more desire to continue my research,” she added.

Sabrina Barbosa said it was an exciting experience as an entomology student since “this may be a once in a lifetime opportunity where I am at the right place at the right time.”

“I felt like a child again, in awe of nature around me and this tiny insect and the journey they undergo. Entomology ignites my childhood curiosity, and this experience did just that,” said Barbosa, a doctoral candidate studying in the fire ant lab of entomology faculty Ken Ross and Brendan Hunt.

Cicada nymphs do not emerge into adults until late at night, so the students stayed up in the evenings, flashlights in hand, searching trees and plants hoping to find newly emerged, milky white insects before their exoskeletons hardened. “On our second night, we were lucky enough to find one around midnight hanging on a fern. It was the best part of the trip,” Barbosa said.

Horace Zeng, a doctoral candidate in entomology, served as photographer and videographer for the trip, including the capturing the late night discovery of emerging cicadas.

“I am so honored to witness this,” Berliner softly exclaimed, watching a red-eyed cicada pump its wings for the first time.

Waking up in the mornings to the cicadas’ mating song was an “acquired taste,” the students found.

“It is a one-toned screech that can only be attractive to them and maybe those who study them specifically,” Cardona-Rivera said in describing the cicada song. “Yet, as part of the sounds in the forest, it contributes a tone to a beautiful symphony, and it will be missed once their season is over.”

As the three-day trip came to a close, the students packed up their gear, collected their coveted specimens and declared it one of the best experiences of their young lives.

“I hope that wherever I am in 17 years, I won’t be too far away to visit the children of this generation of Brood X. It would be a pleasure to share this experience with someone who has never seen them before,” Berliner said.

Michele Hatcher is the editor of the Hexapod Herald, the newsletter of the University of Georgia Department of Entomology.
Authors:
Denise M Hatcher
Experts/Sources:
Julia Tess Berliner
Gabriela A Cardona-Rivera
Sabrina Ann Barbosa 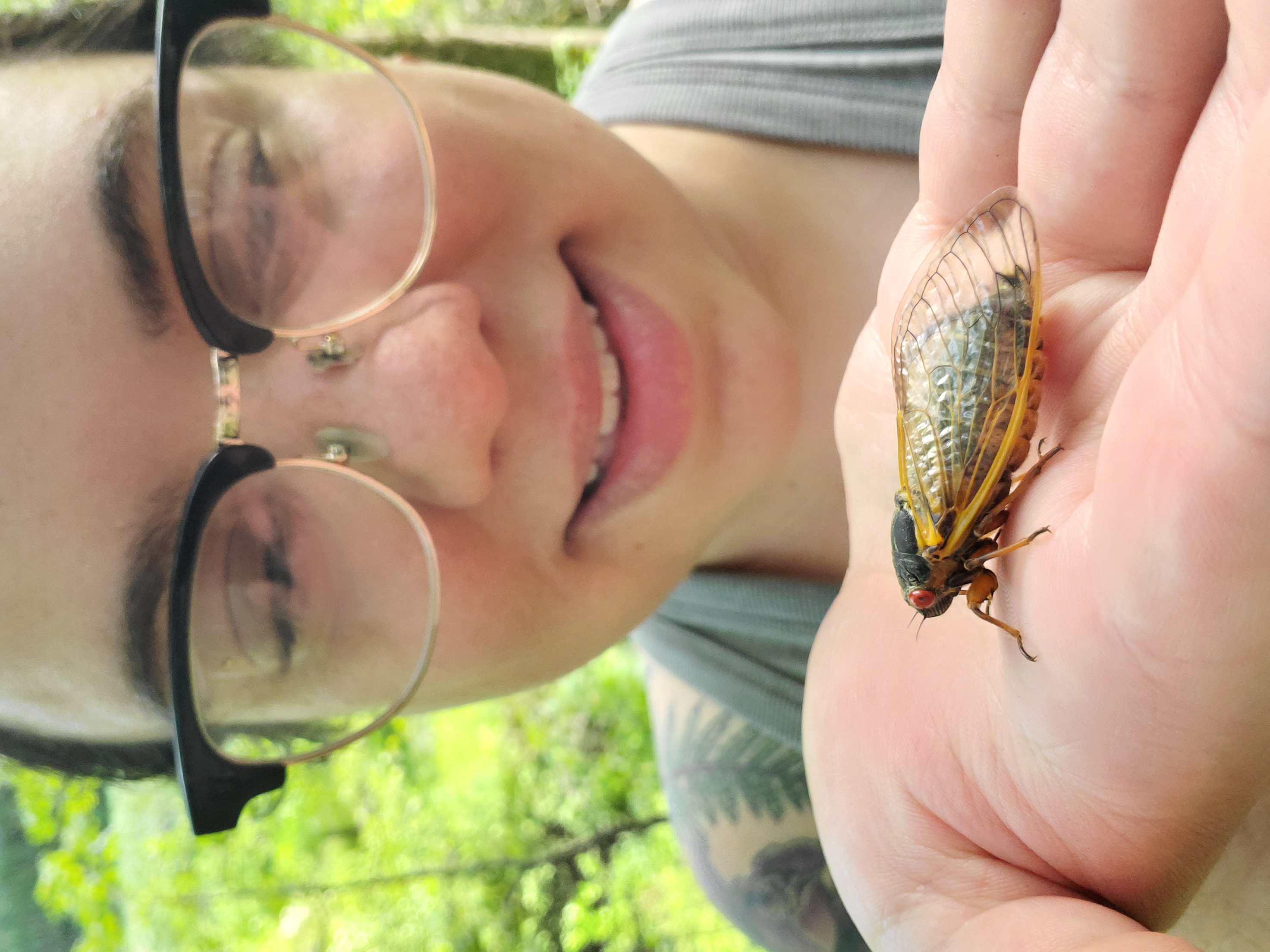 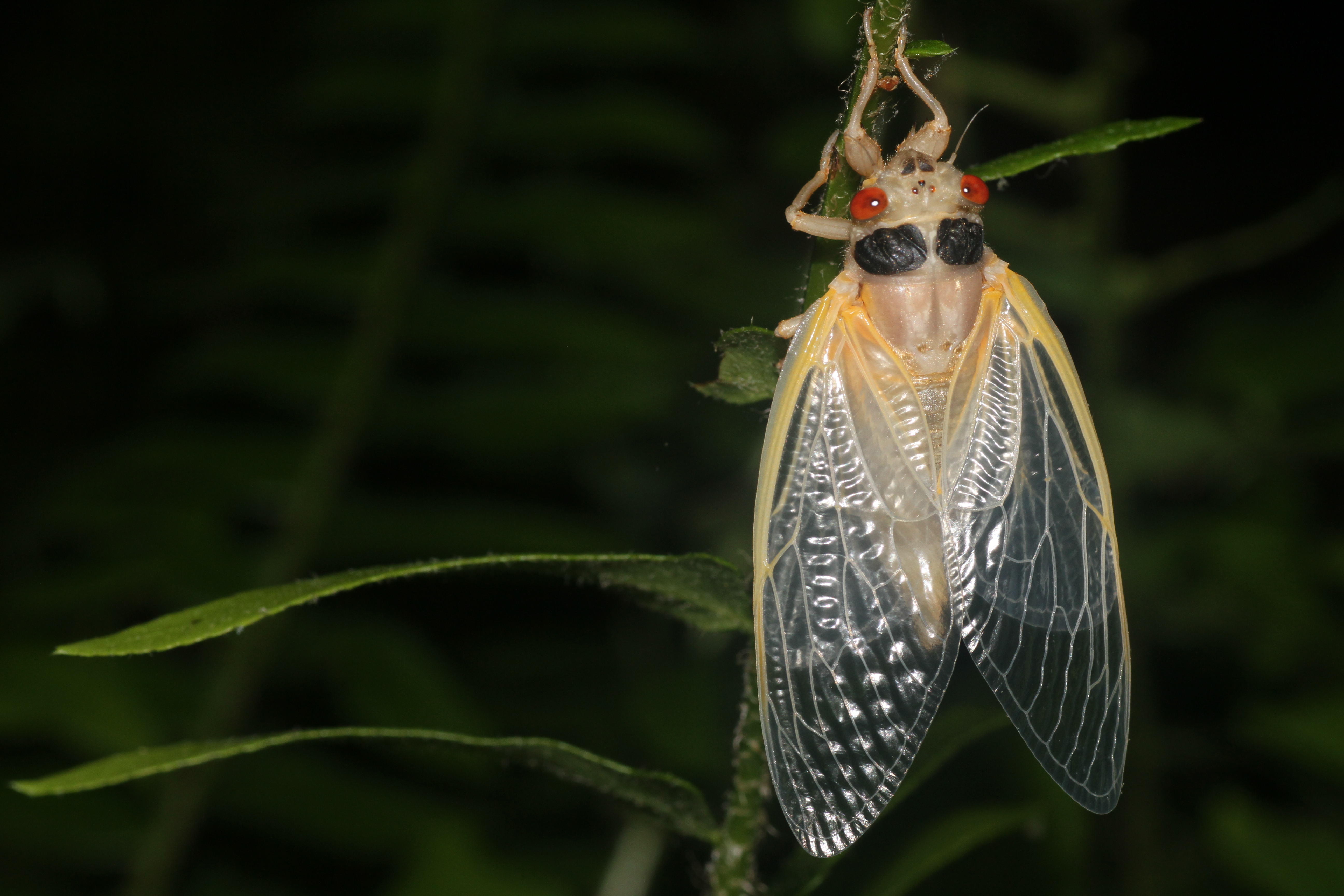