While most Georgia crops are suffering from the recent lack of rainfall across the state, tobacco farmers have some reason to celebrate. Three consecutive weeks of dry weather in May have curbed incidences of black shank disease, according to University of Georgia Cooperative Extension tobacco agronomist J. Michael Moore.

Black shank disease is caused by a fungus that is spread in a field through water and equipment. It turns tobacco leaves yellow and causes the plant to wilt and eventually die.

In 2018, two straight weeks of rainfall led to an outbreak of black shank disease in Georgia, with some tobacco producers experiencing up to 15 to 25 inches of rainfall during a 14-day stretch in May, when tobacco starts to grow. Increased moisture caused the tobacco roots to suffocate when the soil filled with water.

“You’d expect it to be less in dry seasons because there’s less root damage to open the door to infections, so yes, the incidence of black shank disease so far this year has been less than most years,” Moore said. “If you have extensive rainfall and that rots the roots off, that’s the perfect storm situation for black shank and that was the case last year.”

“Once the rain starts back, it’s going to flare up on us,” said Shealey, whose county produces approximately 450 acres of tobacco every year. “It lives in specific fields. Once it gets introduced to a field, it’s pretty much going to be there from here to eternity.”

For five years, UGA Extension conducted research trials of chemical treatments that were effective against black shank disease. As a result, if black shank becomes problematic in the next couple of weeks, Shealey recommends growers make a layby application of either Ridomil Gold SL or Presidio. This method allows the chemical treatment to reach the base of the plant, which is more effective since the fungus is in the soil, he said.

“This is the last chance you get to control it,” Shealey said. “We feel confident with the data about the placement of Orondis at transplanting, then Ridomil and Presidio during first and second plowing. We know where to place them and what time to place them for the best results.”

Shealey stresses to farmers that if there’s no moisture in the field, there’s no need to apply successive treatments. Depending on the amount of rainfall a field receives, tobacco farmers can lose from 5-100% of their crop to black shank, he said.

“It just depends on how much rainfall you get, what the flow of water looks like across the field and how saturated you stay,” Shealey said.

This year, Georgia hasn’t experienced substantial rainfall since the weekend of May 11, about a month into the growing season.

This year’s Georgia-Florida Tobacco Tour will be held June 10-12. The tour will focus on the latest trends in the tobacco industry and will include tours of producers’ farms in south Georgia. The UGA Tifton campus will host the tour on June 12 at the Bowen Farm, where tobacco research is being conducted.

For more information about this year’s tour, visit https://t.uga.edu/50j.

Clint Thompson is a news editor with the University of Georgia College of Agricultural and Environmental Sciences based in Tifton.
Authors:
Clint Thompson
Experts/Sources:
J. Michael Moore
Justin Shealey 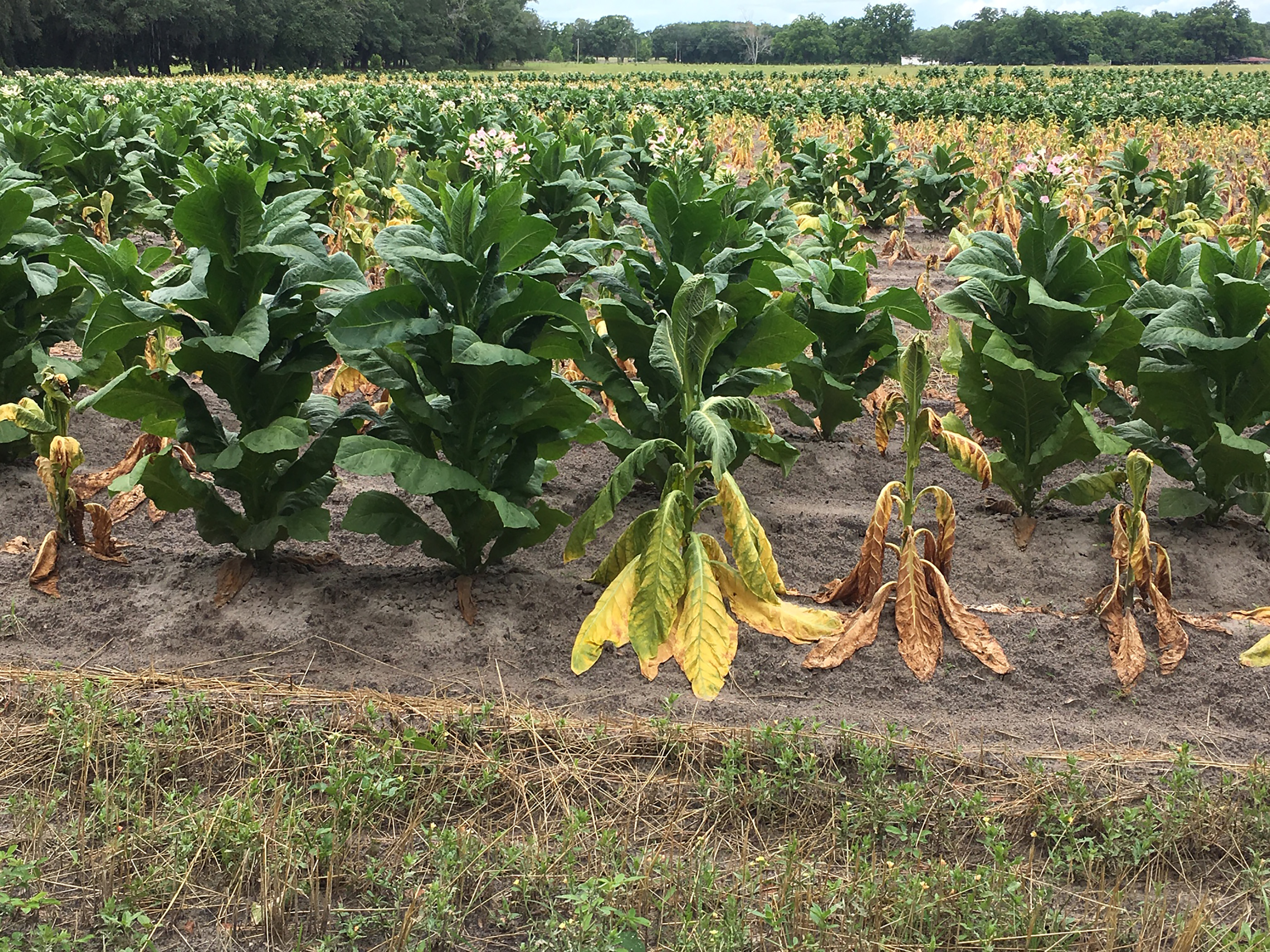