Georgia is already home to 22 species of ticks, but there may be another tiny bloodsucker hiding in the woods on your next hike.

"It's as far south as North Carolina," said Elmer Gray, an entomologist with University of Georgia Cooperative Extension. "They haven't found it in Georgia yet, but it’s probably going to get here if it’s made it from New Jersey to North Carolina and Arkansas.”

First identified in New Jersey in summer 2017, the new tick species has been officially sighted in Pennsylvania, Virginia, West Virginia, Arkansas and North Carolina during 2018.

Entomologists believe that it probably came into the U.S. on a pet or a livestock animal.

The new tick is primarily a pest of livestock and deer, and it hasn’t yet been shown to carry any diseases here in the U.S. In Asia, however, the species is a significant disease transmitter. And entomologists are worried about the impact that a new tick species could have on wildlife and livestock.

“Early testing has not shown the tick to be transmitting any diseases in the U.S. yet, but we are worried about the impact it could have when it grows into really large populations,” Gray said.

Burgeoning populations are a huge concern because this particular tick can reproduce without mating by a process called “parthenogenesis.” This reproductive process doesn’t require fertilization, so a single female carried into a new area can start a population and large populations can develop quickly.

“It’s a trait that’s unique to this species,” Gray said.

Anemia from blood loss is a particular concern for young animals. That’s more of a problem for animals than it would be for people, he said.

Georgians need to worry about some of the state’s other native tick species, which can cause autoimmune reactions to red meat and carry Rocky Mountain spotted fever and Lyme disease.

Long pants, tall socks and a little common sense will go a long way in helping Georgians avoid ticks and the rare but serious health concerns that can come along with them.

“From Easter on, our most common ticks are active,” Gray said. “Whenever you walk into grass that touches your legs, you need to take precautions or you could come home with ticks. You don’t have to be in the woods to pick them up.”

Ticks that carry Lyme disease — the blacklegged or deer tick in the Eastern U.S. — live in Georgia, but they are not as common as other tick species and the adults are most active in the fall. More common are the American dog ticks that can carry the bacteria that causes Rocky Mountain spotted fever. Georgia sees about 75 cases of this illness each year.

All tick bites can cause welts and itching that can last up to 10 to 14 days, but Gray urges Georgians to visit the doctor if they experience fever, extreme headaches or a localized rash that’s larger than a dime. Tick-related headaches or fevers will emerge five to seven days after tick contact.

Most ticks grab hold to the legs of human hosts while they’re walking through tall grass and then make their way to homes all over the victim’s body.

It’s important to check for ticks after working or playing in a tick habitat. The only safe way to remove ticks is to use tweezers or your fingers to grab the tick as close to the skin as possible and carefully pull it out. People should wash the bite site, and their hands, after removing any type of tick.

Essential oils or other tick-irritating substances may force the tick to move, but not before the distressed tick expels additional saliva and possible pathogens into its host’s bloodstream, increasing the chance of tickborne disease or infection.

The best defense against ticks is to stay out of tall grass or brush. Stay on marked trails or sidewalks and avoid overgrown areas. When you have to walk through tall grass, Gray offers tips for staying tick-smart.

Cut off ticks’ access by wearing long pants that are tucked into boots or socks and tuck in shirts. This may not be the most comfortable or stylish look, but it will keep ticks at bay, Gray said.

He also recommends using insect repellents with DEET to provide an extra layer of protection for casual outdoor activities, and those who spend a lot of time in the woods should invest in a permethrin clothing treatment for their work, hunting or camping pants. These products are available in the camping section of sporting goods and big-box stores.

For more information about how to protect yourself and your family from ticks, see UGA Extension Circular 937, “Protect Yourself from Ticks” at tinyurl.com/UGAExtensionTickProtection or search “ticks” at www.extension.uga.edu.

Merritt Melancon is a news editor with the University of Georgia College of Agricultural and Environmental Sciences.
Authors:
Merritt Melancon
Experts/Sources:
Elmer Gray 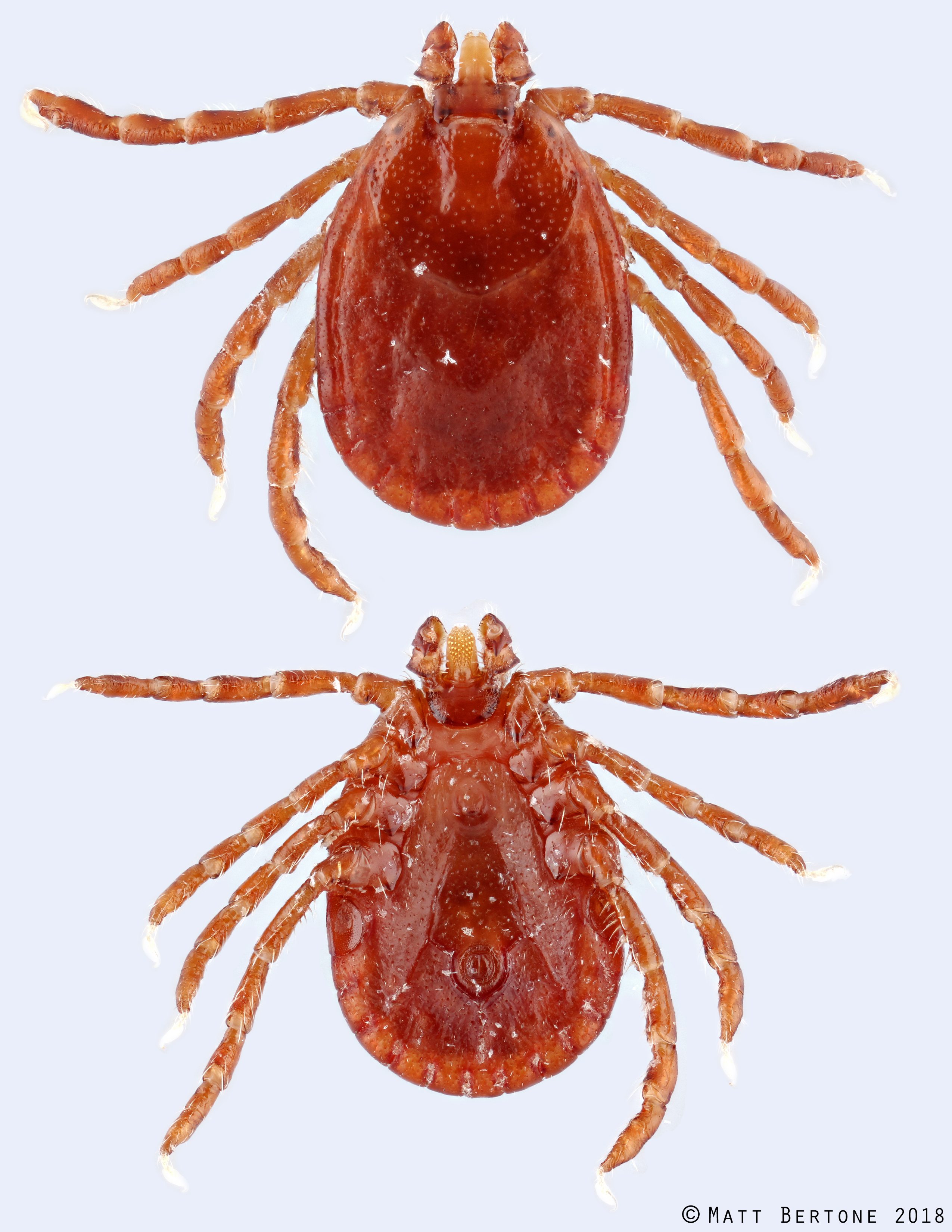