UGA student investigates why modern tomatoes have lost their flavor

Why have tomatoes lost their flavor? Why do some dishes call for ketchup when cooking with tomatoes?

These are a couple of the questions that Qian Feng, a second-year University of Georgia College of Agricultural and Environmental Sciences doctoral candidate, seeks to answer through her research.

Feng, a member of Professor Esther van der Knaap’s plant biology lab in the UGA Institute of Plant Breeding, Genetics and Genomics, grew up in China, the world’s top producer of tomatoes. Many traditional Chinese dishes include tomatoes as a main ingredient, but Feng recognized a confusing trend.

“More often than not, my family had to add lots of extra condiments to bring the right ‘tomato’ flavor out,” Feng explained.

Dissatisfied with the bland flavor profile, Feng began investigating the evolutionary history of the tomato in order to uncover any traits that could explain the loss in taste. She found that through selective breeding to increase the size and outer protective shell — in addition to breeding disease resistant varieties of tomatoes — farmers and producers created a less intense tasting and less nutritious tomato.

The key to measuring and increasing the taste of a tomato lies in its chemistry, more specifically the amount and type of chemicals, or volatiles, present in the food.

“To link different volatiles to actual consumer preference, we cannot rely simply on the measured value. We need to have a taste panel so that the human perception of flavor can be taken into account,” Feng stated.

Using research from Denise Tieman and Harry Klee at the University of Florida, who have spent years collecting volatile data along with taste panel evaluations from over 100 tomato varieties, Feng was able to map additional genes responsible for volatile production in order to offer a more complete picture of the biochemical pathways in tomatoes.

Although further research in the van der Knaap lab will not focus on selective breeding to increase the amount of identified volatiles in tomatoes, Feng hopes that her results can be used by other breeding labs and facilities to introduce the desirable genes into current or new tomato varieties.

This research was funded by the National Science Foundation grant IOS 1564366. For more information about research in the Institute of Plant Breeding, Genetics and Genomics, visit plantbreeding.caes.uga.edu. 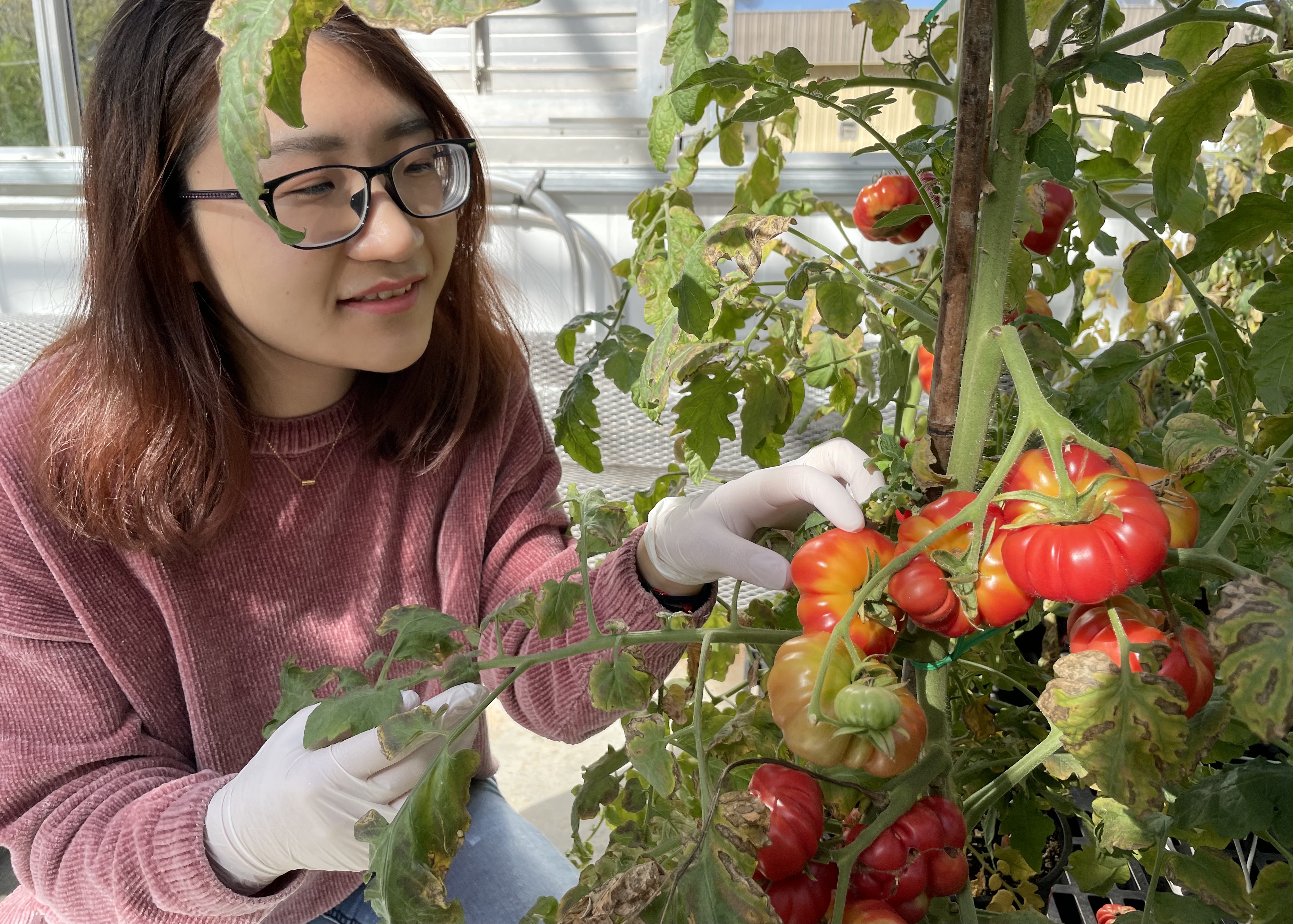