Even in the midst of a global pandemic, researchers in northern Ghana are working to better understand how men and women use their time in order to target interventions that would reduce drudgery for women and bring in a healthier peanut crop.

The overall study – the "Time Poverty Among Smallholder Women Farmers" project – is headed by Leland Glenna a rural sociologist at the Pennsylvania State University in the U.S., with co-PI Edward Martey, an agricultural economist at CSIR-SARI, along with the team at CSIR-SARI and Glenna’s colleagues at Penn State.

The team in northern Ghana surveyed 68 households in two communities (Tamalgu and Zaazi, both in the Tolon District) during summer 2020, collecting data on household characteristics, agricultural land, crops produced in the 2019 growing season, peanut production, gender roles, and time use.

Along with that basic household information, the team used the Women’s Empowerment in Agriculture Index to capture how men and women spend their time at the beginning of the groundnut growing season. This allowed the team to see not only how much control women have over their time and land, but also whether their time constraints and role in groundnut production changes through planting, production, harvest, and marketing.

SARI implemented a few safeguards to ensure the safety of the participants and accuracy of the study. Using a phone-based survey, instead of face-to-face interviews, limited the number of people traveling and interacting.

A local extension agent was enlisted to ensure that the proper person was answering the survey and that women answered independently of their husbands, since the local extension agents were already likely to have been in contact with the research subjects. Particularly in self-reported time-use surveys, women may answer more accurately if they are surveyed alone, rather than along with their husband or in a group with other wives in a polygamous family.

When pandemic restrictions came into effect this summer, SARI already had recruited and trained enumerators and data managers for a traditional in-person survey, but began in May to test a phone-based interview technique that would involve the District Department of Agriculture in Tolon and Savelugu. Once the pilot survey was complete, the two Departments of Agriculture updated the farmer list with a phone number of someone in each family.

Each enumerator was provided with a smartphone for data entry, phone credit to make calls and a notebook and pen to capture additional information. Extension agents were given phone credit to arrange for daily phone interviews as well as personal protective equipment (PPEs) and fuel to visit the communities to assess households and arrange for interviews.

Depending on the method used to assess women’s time, as much as 31% of women were time poor. In other words, they have very limited discretionary time left over after household chores, family obligations, personal care and sleep. Up to 10% of men in the sample also could be considered as time poor. No matter the method, more women than men showed limited time left over after necessary tasks are done.

Men had more access to land. On the average, the surveyed men own 13 acres of land, while female farmers had 3 acres and only controlled, on average, 1.55 acres. Similarly, male farmers use and manage more land than female farmers. The status of the wife did matter in her access to land; results showed that the third wife controls more land than the first and second wives. This pattern wasn’t consistent in all households, Martey said, and might show a cooperative decision in some households to put the more physical work in the hands of the youngest wife.

The first survey showed that men dominate in activities such as plowing, weeding, bagging, and deciding how to spend money while women and children perform many of the harvesting activities. Women are more responsible for shelling, marketing, and selling of the groundnut.

This survey analyzed the time constraints at planting time, when men are more involved in the production process. Since research shows that women are more responsible for harvesting activities, researchers plan to survey again to get a clearer picture of post-harvest time-allocation.

Understanding women’s time constraints during harvest and post-harvest activities is important because harvesting at proper maturity along with drying and storing practices can affect fungal growth that leads to aflatoxin contamination.

“When you get to harvest, you realize that a lot of the responsibility will be on the women. We find women involved in bagging, sorting, cleaning. At that point, we will get more information about both men and women and see who may be time-constrained,” Martey said.

Researchers also want to continue to explore inconsistencies in how men and women see their time use and responsibilities for various parts of groundnut production. Interviewed separately, men and women gave different answers about who bears responsibility for some tasks (including tasks in which men said women did none of the work, but women disagreed).

“We are seeing that when you survey only part of the household, you only get part of the story,” said Kaitlin Fischer, a graduate student at Penn State working on the project. “We are learning from our initial findings that it is important to disaggregate data for women in polygamous households. We found that many men do not recognize women’s contributions, but we don’t yet know why.” See Fischer present on this finding and more about the project here. 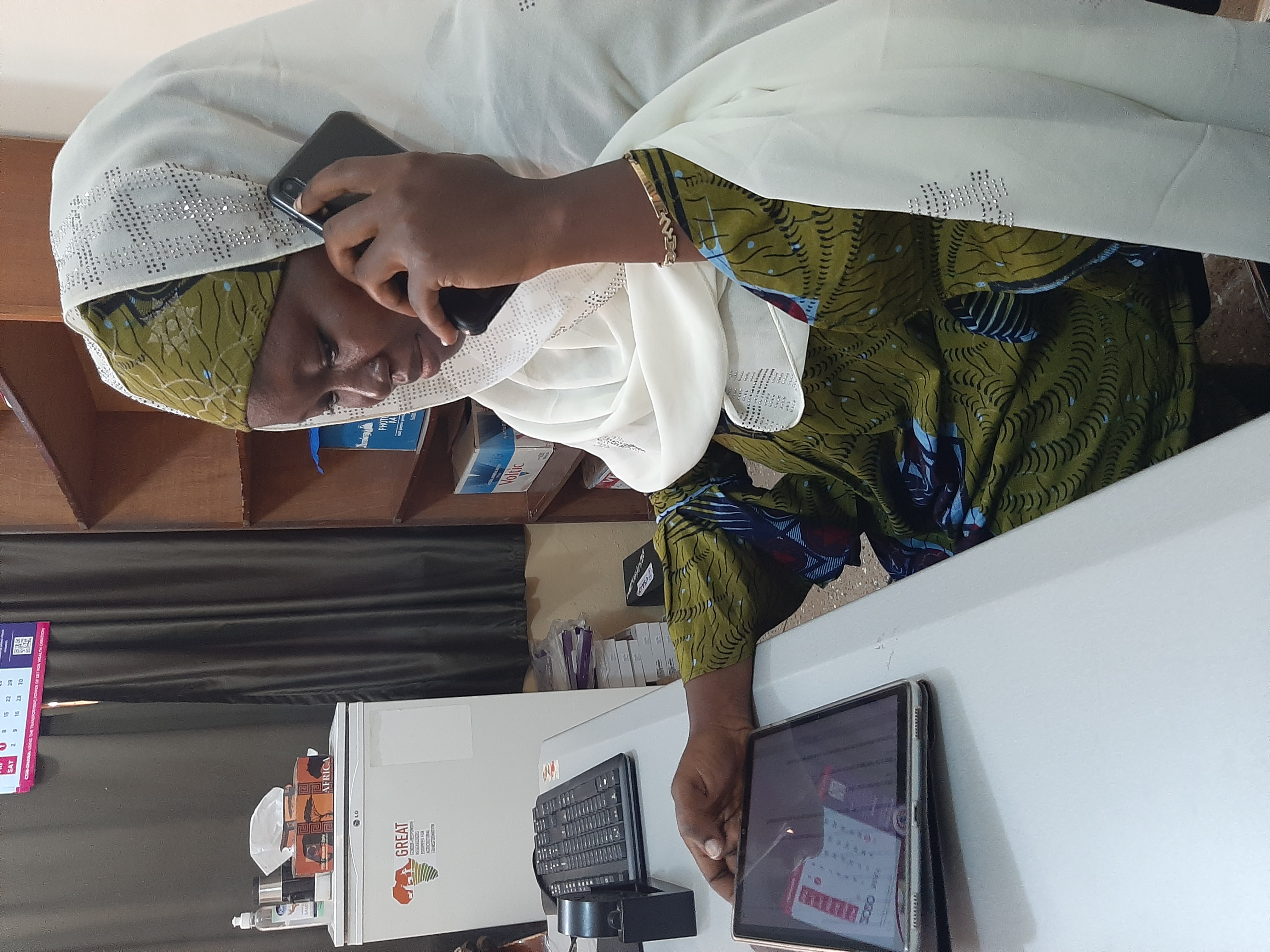