Like it or not, Joro spiders are here to stay

Chances are, if you live in northeast Georgia you’ve come across an East Asian Joro spider this fall.

At almost 3 inches across when their legs are fully extended, they’re hard to miss. While they’re roughly the same size as banana spiders and yellow garden spiders, the distinctive yellow and blue-black stripes on their backs and bright red markings on their undersides are unique. Their enormous three-dimensional webs are a striking golden color and tend to be located higher off the ground than those of other spiders.

"We’ve been getting lots of calls and emails from people reporting sightings,” said Byron Freeman, director of the Georgia Museum of Natural History. “They seem to be really common in riparian areas and in urban areas around people’s houses, but they’re also in the deep woods.”

Joro spiders have spread widely since they were first spotted in Hoschton, Georgia, in 2013. They probably arrived by hitching a ride in a shipping container from China or Japan, according to Freeman. He and Richard Hoebeke, associate curator of the museum’s arthropod collection and a research professional in the University of Georgia College of Agricultural and Environmental Sciences Department of Entomology, confirmed the identity of those early arrivals based on genetic analysis in 2015.

Now, five years later, Joro spiders appear to have successfully established themselves in the area, with recent confirmed reports from as far afield as Blairsville, Georgia, and Greenville, South Carolina. But there is still much that remains unknown about them.

One important question is how they might affect the local ecosystem. Will they outcompete other orb weaving spiders? Will they reduce insect populations through predation?

“We don’t know what the impact is going to be,” said Freeman, a faculty member in the University of Georgia Odum School of Ecology. “Right now, we’re trying to learn as much as we can about them.”

So far, early observations indicate that Joros are coexisting with the area’s other orb weaving spiders, with webs close to, and in some cases even attached to, one another.

And Joro spiders also appear to be able to capture and feed on at least one insect that other local spiders are not: adult brown marmorated stink bugs, an invasive pest that can infest houses and damage crops. In turn, Joro spiders are vulnerable to predators like mud dauber wasps and birds.

Freeman noted that dewdrop spiders, a kleptoparasite—as the name implies, they steal food from others—have been spotted in Joro webs.

“They may be switching from what we thought was their principal host, the banana spider, to this new kind of orb weaver,” he said. He pointed out that banana spiders, a relative of the Joro, are native to the Caribbean and Central America. They were first recorded in the U.S. in 1862 and have since naturalized.

Another question Freeman hopes to answer is how the males find their mates.

Joro spiders travel by ballooning, letting the wind carry them on a strand of gossamer.

“The male has to drift in and find the female,” Freeman said. “Sometimes there’ll be four or five males on a web, sometimes there’ll be one, so the males are moving between webs. When you have a large population it seems feasible that a male could just drift from one spot to the next, but when you don’t have a lot of webs around, how does the male show up?”

Freeman is also conducting further genetic analysis to determine what causes some Joro spiders to have a different color pattern. While most have distinctive black and yellow striped legs, some have legs that are solid black. These black morphs have other physical differences that are only apparent when viewed under a microscope, and Freeman has determined that they are genetically distinct members of the species.

Despite their size, Freeman said that Joro spiders don’t pose a threat to people.

“All spiders have venom that they use to subdue prey,” he said. “If you put your hand in front of one and try to make it bite you, it probably will. But they run if you disturb their web. They’re trying to get out of the way.”

Freeman said that Joros can be shooed away with a broom if they’re in a location that puts them too close for comfort.

But as for removing them permanently, he compared such efforts to shoveling sand at the beach.

“Should you try to get rid of them?” said Freeman. “You can, but at this point, they’re here to stay.”

If you spot a Joro spider — especially if you can provide a photo tagged with date and location — please contact Hoebeke at rhoebeke@uga.edu. 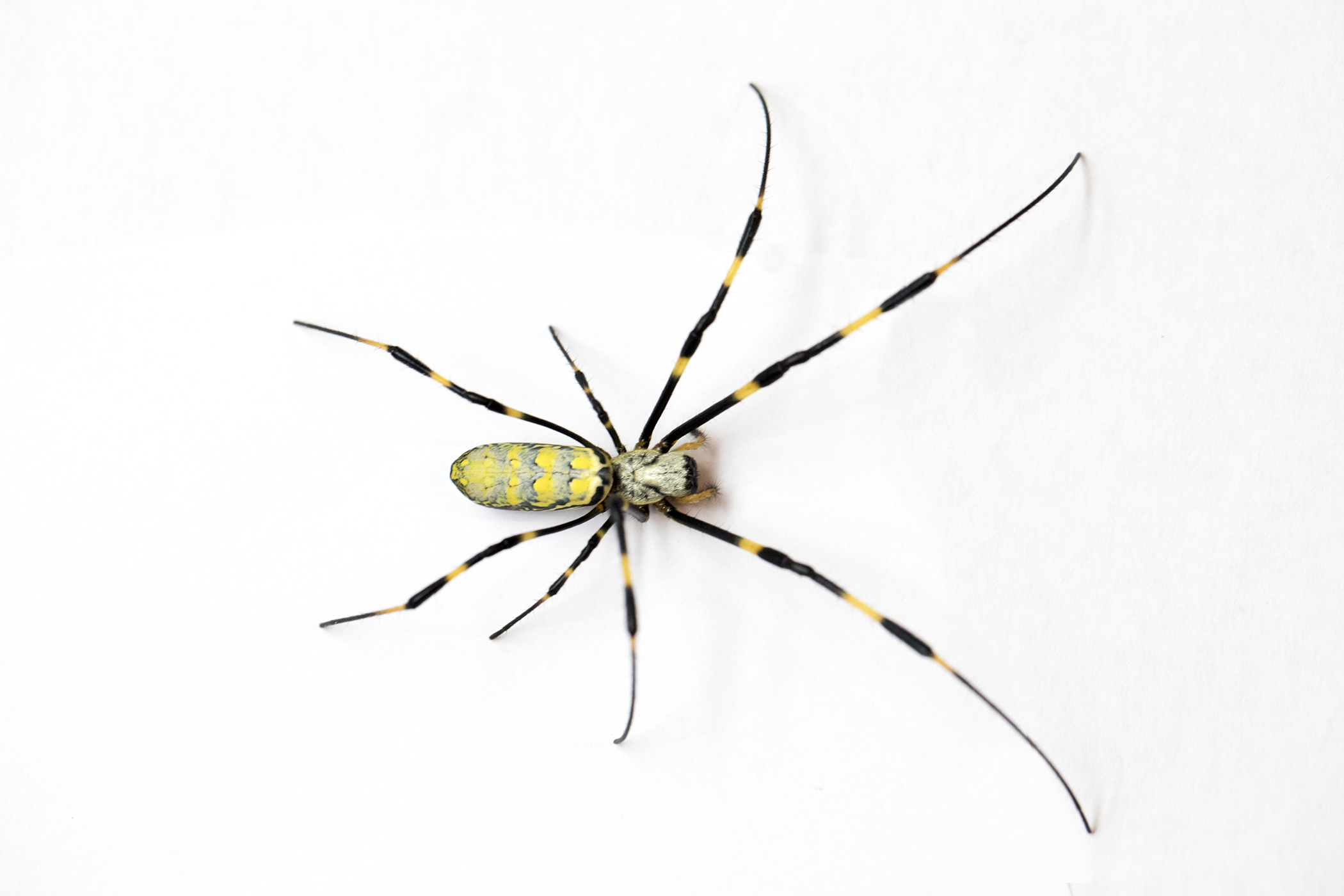 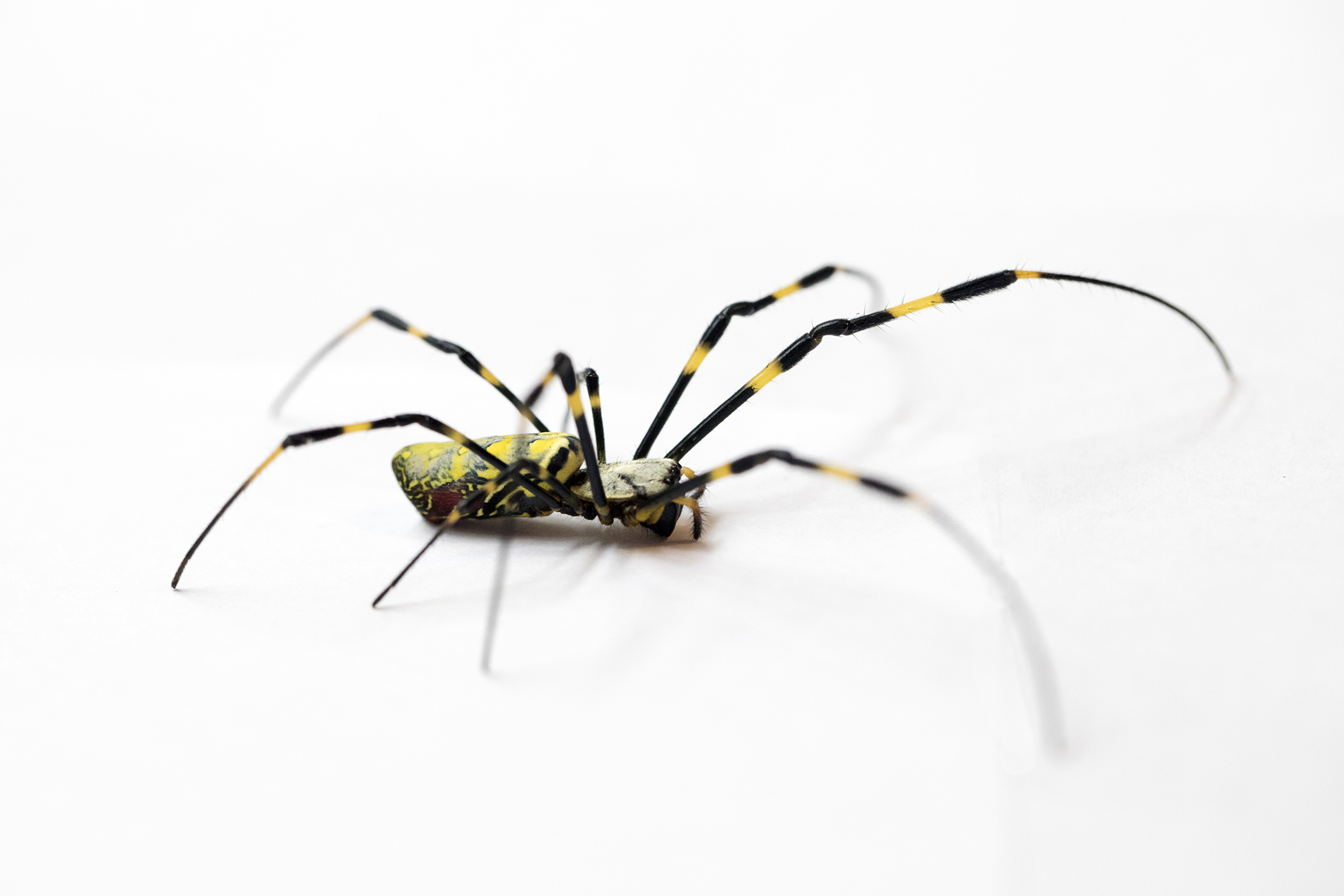