The path from wild weed to the carefully cultivated vegetables that fill our refrigerators is not always a straightforward tale of domestication. Different cultures have different priorities and growing conditions, and sometimes crops are domesticated more than once.

Recently a large team of molecular biologists and computational data experts, led by University of Georgia horticulture Professor Esther van der Knaap, has unraveled part of the twisted history of the tomato.

Anthropologists and geneticists have long known that modern tomatoes were cultivated from their blueberry-sized wild ancestors in South and Central America several thousand years ago. But a recent National Science Foundation-funded study found two domestication paths — one that occurred in Central and South America thousands of years ago in Ecuador and one that occurred thousands of years later in Mesoamerica, or modern-day Mexico.The researchers were surprised to find that the commonly accepted wild ancestor, called Solanum pimpinellifolium, may actually not be the wild ancestor of the modern tomato. Instead, S. lycopersicum cerasiforme evolved 76,000 years ago and became domesticated in Ecuador many years later. The second Mesoamerican domestication created the tomato that has spread around the world today.

In the most recent published study funded by van der Knaap’s NSF grant — which was published online Tuesday in Molecular Biology and Evolution — the team was able to document tomato’s history by analyzing the genomes of multiple ancestral tomato varieties. What was also surprising is that tomato underwent a dedomestication step as fruit size became smaller while migrating to Mesoamerica. This suggests a reduction in selection pressures or that tomato became a feral, weedy type that was not well tended. Eventually, tomato was domesticated further into the large types we are familiar with today. The complete journal article is available at academic.oup.com/mbe/advance-article/doi/10.1093/molbev/msz297/5679792.

The work involved researchers at four universities and was spearheaded by Professor Ana Caicedo and postdoctoral researcher Hamid Razifard from the University of Massachusetts Amherst Department of Biology.

The researchers documented 23,797,503 polymorphic sequences and compared them to the standard genome for domesticated tomato. Comparing where the mutations occurred in the genome with the samples’ geographic locations enabled researchers to track the evolutionary history of today's tomato.

By tracing the history of the tomato, scientists are able to gain insight into the evolution of modern crop plants and their intersection with early cultures, learning more about the genetics that may make crops more sustainable and productive in the future.

Each time the tomato was grown, early farmers selected for desired traits. However, it is not well-known whether fruit weight and flavor were as important 10,000 years ago as they are today. It is possible that the early farmers left some traits behind in the unselected population. Some ancient farmers may have selected for traits that we might find distasteful today.

“For grain crops, like corn and rice, selections for grain size were very important. Larger was better because it meant more calories, but now people don’t eat vegetables for caloric intake but more for the overall nutritional qualities,” van der Knaap said. “For tomato, we think the weight was very important, but who knows what the people before us thought?”

So, while we enjoy a juicy slice of tomato on a sandwich, other cultures may have valued more tart fruit for their cuisine or medicinal purposes.

One culture’s trash could be another’s treasure, and researchers are currently looking for discarded genetic treasure among the wild populations identified in this study.

These traits, which could include improved flavor profile, fruit weight, water efficiency, and disease- and pest-resistance, can be bred back into modern tomato lines to help farmers grow better, healthier tomatoes with fewer inputs.

“The tomatoes we studied are genetically very diverse,” van der Knaap said, describing the wild ancestor populations. “There were some useful (traits) that were left behind for fruit weight and possibly for the flavor of the tomato. Why they were left behind, I don’t know. But those are clearly alleles that we could use to produce better modern tomatoes.”

Van der Knaap’s lab has spent the past three to four years evaluating individual plants from these wild populations in field tests in Blairsville, Georgia, at the Georgia Mountain Research and Education Center and in Lyons, Georgia, at the Vidalia Onion and Vegetable Research Center. In both locations, researchers have been working to pinpoint parts of the genomes present in these semi-wild plants that may help to create a new generation of improved tomatoes. 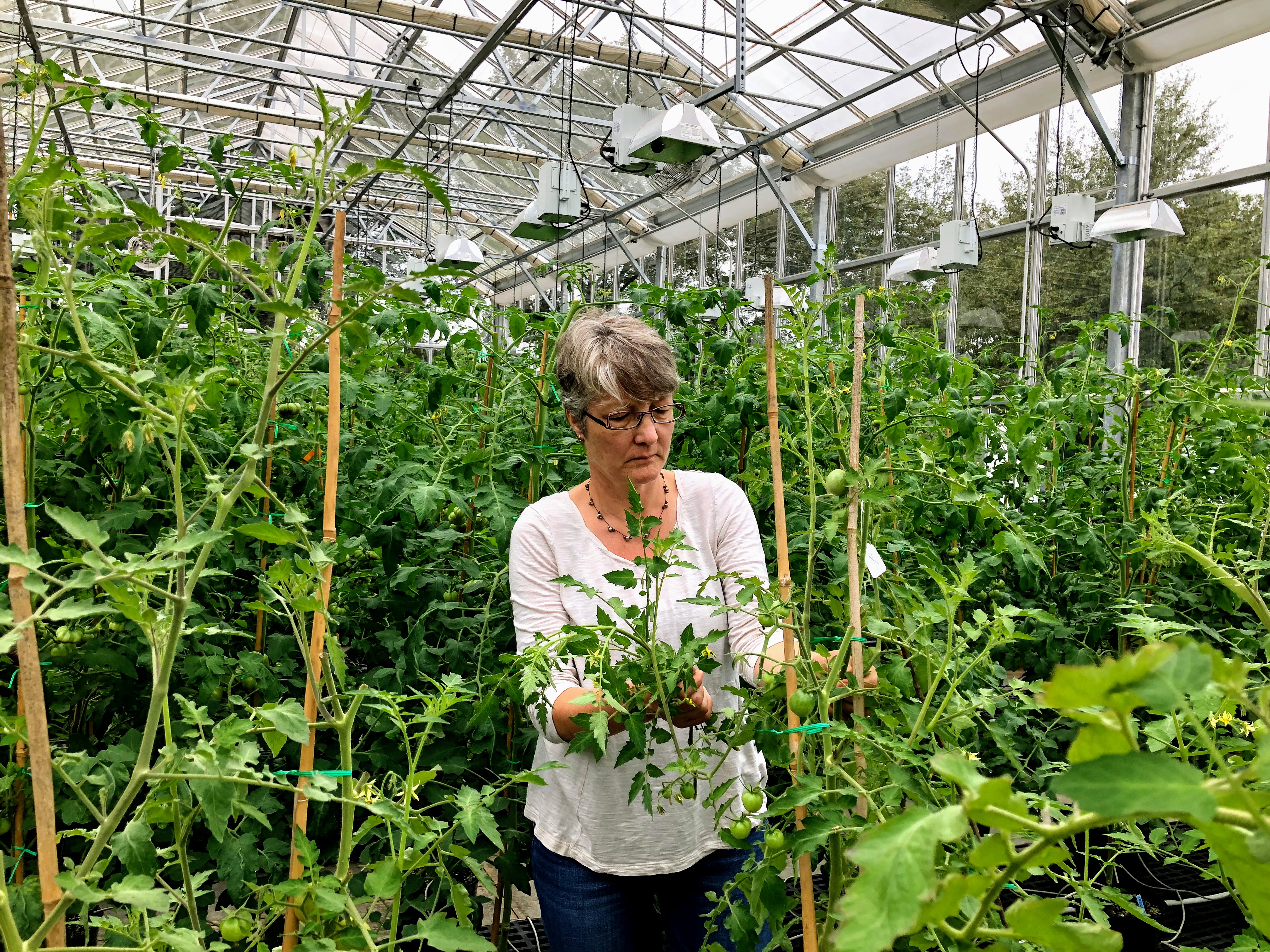