Snails are typically thought of as tiny, slow creatures, but one species, the island apple snail, is quickly causing significant damage in freshwater ponds in Camden County, Georgia. Local University of Georgia Cooperative Extension Agent Jessica Warren is doing her part to knock down the populations of the invasive species in her county.

A large snail species that is native to South America, island apple snails mature in 60 to 80 days and can live in water and on land for more than three years.

“A single adult snail can produce up to 2,000 eggs every two weeks,” said Warren, the county’s Agriculture and Natural Resources agent.  “They can grow as big as a softball and they decimate native aquatic vegetation, causing algae blooms, displacing native species and causing a damaging imbalance to aquatic ecosystems.”

How the snails entered the U.S. is unknown, but Warren says that many believe they were released after being purchased as pets.

Because Camden County is located on the Florida-Georgia line, Warren’s plight to reduce the invasive species’ impact isn’t shared by other UGA Extension agents who don’t have the snails in their counties yet.

“We don’t have a lot of commercial agriculture other than timber grown by private companies, but being a coastal community and a wetland, we do have big natural resources issues,” she said. “Invasive species management and coastal water quality are needs in my community. Due to our location and climate, we struggle with many invasive species that have minimal or no impact on the rest of Georgia.”

For the past four years, Camden County Extension has hosted island apple snail removal days in partnership with the Georgia Department of Natural Resources. Volunteers, including interns from the Coastal Georgia Cooperative Invasive Species Management Area, turn out to help remove the snails and their egg masses from Camden County ponds.

To date, 228 gallons of island apple snails and innumerable egg masses have been removed.

“The egg masses are scraped off of debris and vegetation and thrown into the water body, where they are unable to hatch and become food for other species,” Warren said.

The first snail collection event attracted a lot of interest, she said, but it can be difficult to keep volunteers interested when the snails continue to be a problem.

“When you don’t completely get rid of them the first time out, some people lose interest,” she said.

The high number of small lakes and ponds in the county also makes it difficult to control the snails. Many of the ponds are located in private developments where access to the water requires a landowner’s permission.

“One of the city of St. Mary’s ponds is located behind an aquatic center. In the past, they have donated aquatic center passes to volunteers who help with snail collection at our organized cleanups,” Warren said.  “We do see less of them in the city’s pond, and that in itself is something. We have built awareness, which is half the battle.”

Sharon Dowdy is a news editor with the University of Georgia College of Agricultural and Environmental Sciences.
Authors:
Sharon Dowdy
Experts/Sources:
Jessica Warren 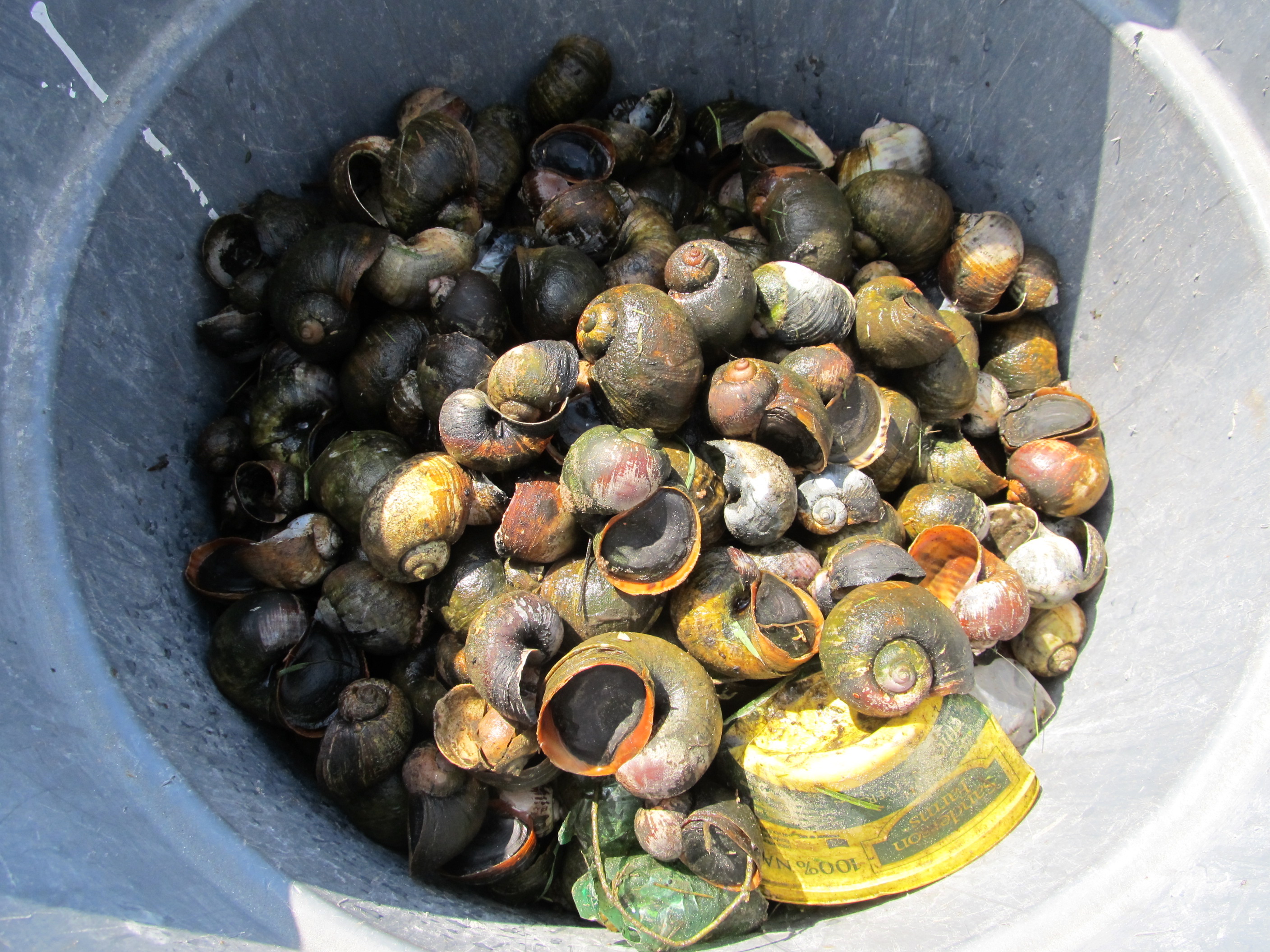 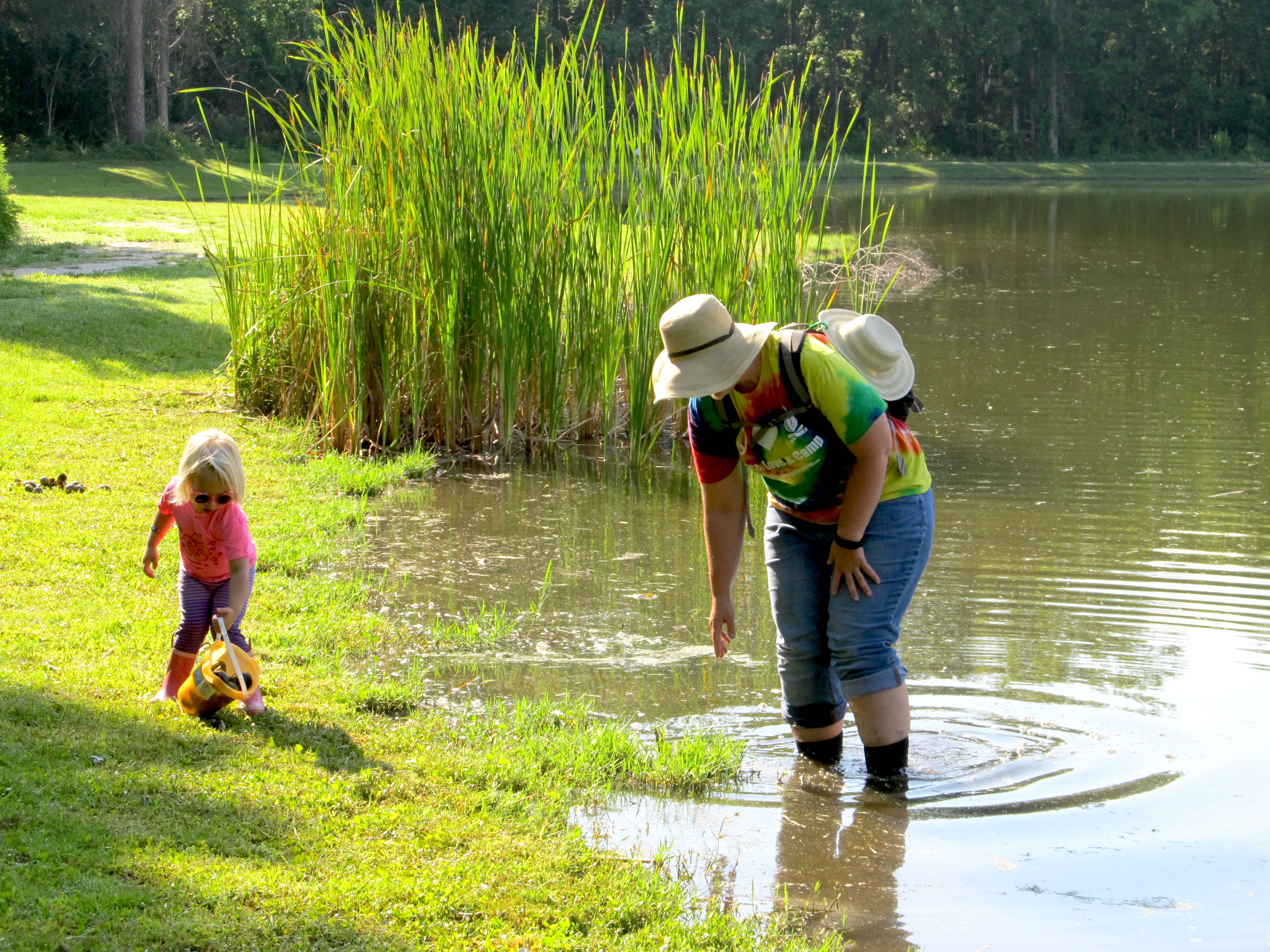