Identifying poison ivy isn't as easy as 'leaves of three'

Poison ivy is one of gardeners’ most dreaded landscape weeds, and it is growing and thriving now. If you have ever experienced the red, itchy, blistery rash that comes from being in contact with this weed, then you understand gardeners’ disdain for this plant.

How can you tell if a plant is poison ivy? The old saying, “Leaves of three, let it be,” is a good starting point, but a plant should not automatically be considered poison ivy just because it has three leaves.

According to Mark Czarnota, University of Georgia Cooperative Extension weed specialist, poison ivy can grow as a vine or a shrub with compound leaves composed of three leaflets that are arranged alternately on the stem of the plant. Czarnota also says poison ivy’s leaf shape and texture are highly variable. Leaves with different shapes may be found on the same plant or on plants near each other.

That said, people may incorrectly identify poison ivy when observing a poison ivy plant with an unusual leaf shape, he said. In any case, the “Leaves of three, let it be” motto is good advice to use to avoid contact with poison ivy.

But people frequently confuse poison ivy with other plants in the landscape. One of the main plants that people confuse with poison ivy is a vine known as Virginia creeper. It is a native vine that normally has five leaflets — but can have three to seven leaflets — emanating from a central point. It has a weedy growth habit and grows in similar habitats as poison ivy.

Boxelder tree seedlings can also look suspiciously like poison ivy. Boxelder seedlings are young trees with three leaflets on a woody stem. But boxelder leaves are arranged opposite each other on the stem, while the leaves alternate on poison ivy. Neither of these plants have the same itchy effect as poison ivy, but the challenge is knowing what’s what!

Poison oak is not as common in Georgia landscapes as poison ivy. According to Sydney Park Brown with University of Florida Institute of Food and Agricultural Sciences Extension, poison oak is a low-growing, upright shrub that is about 3 feet tall. It is found in dry, sunny locations and does not grow in heavy shade. It is similar in appearance to poison ivy — it has three leaflets — but those leaflets are always lobed. Whether or not you can tell poison oak and poison ivy apart, it is best to avoid both.

After you have positively identified poison ivy, there are several ways to control it in a landscape setting. If the poison ivy pops up in a lawn or other area that can be mowed, the easiest thing to do is to mow it down. Czarnota notes that keeping it mowed will eventually eradicate the vines.

When herbicides are needed to control a larger area of poison ivy, follow the instructions outlined in UGA Extension Circular 867-10, “Controlling Poison Ivy in the Landscape,” which you can find at www.extension.uga.edu/publications. 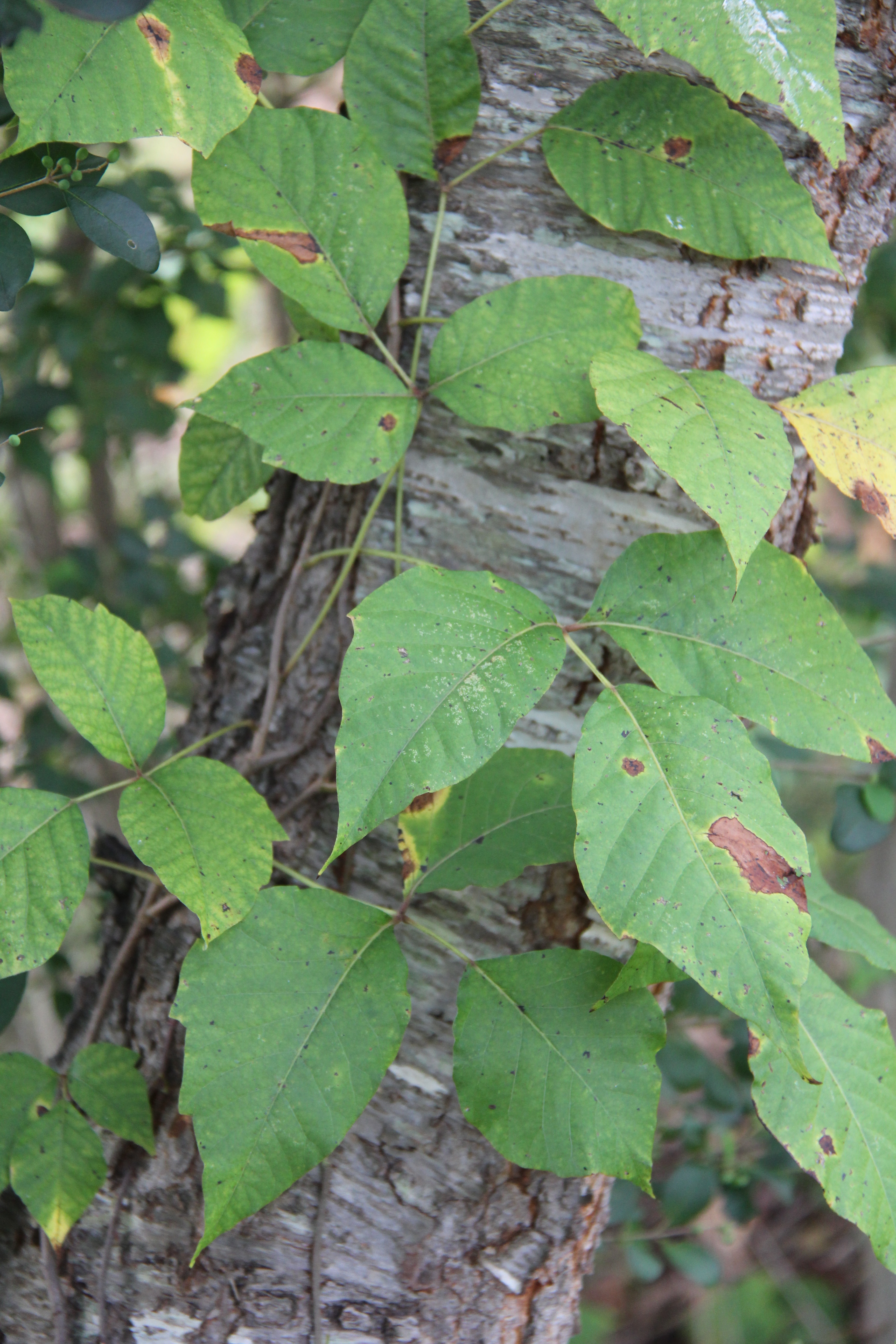