Locked in museums across the world, millions of insect specimens tell the story of the world’s climatic shifts, animals on the move and changing fauna.

The complete story told by these pinned bees, beetles and butterflies has been buried for centuries under the sheer number of specimens, but this fall researchers at the Georgia Museum of Natural History at the University of Georgia will help lead an effort to reveal part of what’s hidden in the stacks. They’re working to digitize a large chunk of these specimens and perhaps set a framework for other museums to follow.

Joe McHugh, curator of the arthropod collection at the museum and professor of entomology at the UGA College of Agricultural and Environmental Sciences, will help lead a National Science Foundation-funded effort to digitize around 2.1 million specimens from the order Lepidoptera — moths and butterflies — and to make that data available to scientists studying climate, natural habitats and agricultural pests. When LepNet — as the project is being called — is complete, it will be one of the largest databases of insect data to date, opening centuries of scientific inquiry to the new world of data analytics.

“People don’t really want to spend five years going around the world visiting collections in museums and transcribing data from tiny little labels just to understand the biology and distribution of a species,” said McHugh. “Researchers want to be able to address serious questions by going to some web-based resource and pulling down all the relevant information in some standard format for analysis.”

Scientists have been collecting and organizing insect specimens since before the Enlightenment, and museums across the world have solid collections dating back 300 years. Museums in North America alone house around 250 million insect specimens from around the world.

Most specimens are stored with details of their capture: the date and the time of day they were found, climatic data, the geographic location, the plants that were being used as food, the condition of the insect and whether there were other insects around. Each entry represents a datapoint that can now be used to construct a clearer understanding of the biology of that species and of how populations move and change, and why.

“You can ask, ‘Where does this species occur right now?’ ‘Where was it ten years ago?’ and then, ‘Where did it used to occur in the distant past?’” McHugh said. “We can use this information to look at questions about climate change or human impact on environments by seeing how, over time, the ranges of insect species have changed.”

Researchers can also build models to project when and where problem insects, like crop-devouring caterpillars, will appear, allowing farmers to prepare for the arrival of a species, McHugh said.

“You can layer in climate information, soil information and host-plant information, and you can predict — pretty accurately in many cases — where a species will occur, even if it has never been collected there yet,” he added. “All of the data from various sources could indicate that a location has the right conditions for a particular species.”

These kinds of models are almost impossible to generate today because only a very small portion of the collections hiding out in museums across the globe has been digitized, and what has been done has been in fits and starts.

There’s a digitized collection of parasitoid wasps here, the beginnings of a great beetle database there, but for many years there was been nothing comprehensive and little agreement in the scientific community about the format that these electronic records should take. In recent years, however, great progress has been made to develop universal standards for digitizing museum specimens.

With LepNet being the largest undertaking of its kind to date, McHugh and his colleagues are hoping to further refine the process.

While butterflies and moths are not McHugh’s main research focus — he studies beetles – his team chose Lepidoptera to start the digitization project because the order includes many major pests and some beneficial species. Also, scientists and naturalists have been collecting specimens for hundreds of years. There are more than 15 million specimens in museums in North America alone.

“They are a group that’s charismatic, visible, frequently collected and more easily identified than other taxa,” he said. “You can identify more than 50 percent of butterflies and macro-moths to species with a picture book, just by sight.”

In addition to searchable datapoints, LepNet will include 95,000 high-quality specimen photos that will represent 60 percent of North America’s Lepidoptera species. Eventually photo-recognition software may enable these images to be used in a publicly available butterfly and moth identification app called “LepSnap.”

For more information on the work being done by researchers at the UGA College of Agricultural and Environmental Sciences’ Department of Entomology, visit ent.uga.edu. For more information about the Georgia Museum of Natural History, visit naturalhistory.uga.edu.

Merritt Melancon is a news editor with the University of Georgia College of Agricultural and Environmental Sciences.
Authors:
Merritt Melancon
Experts/Sources:
Joe McHugh 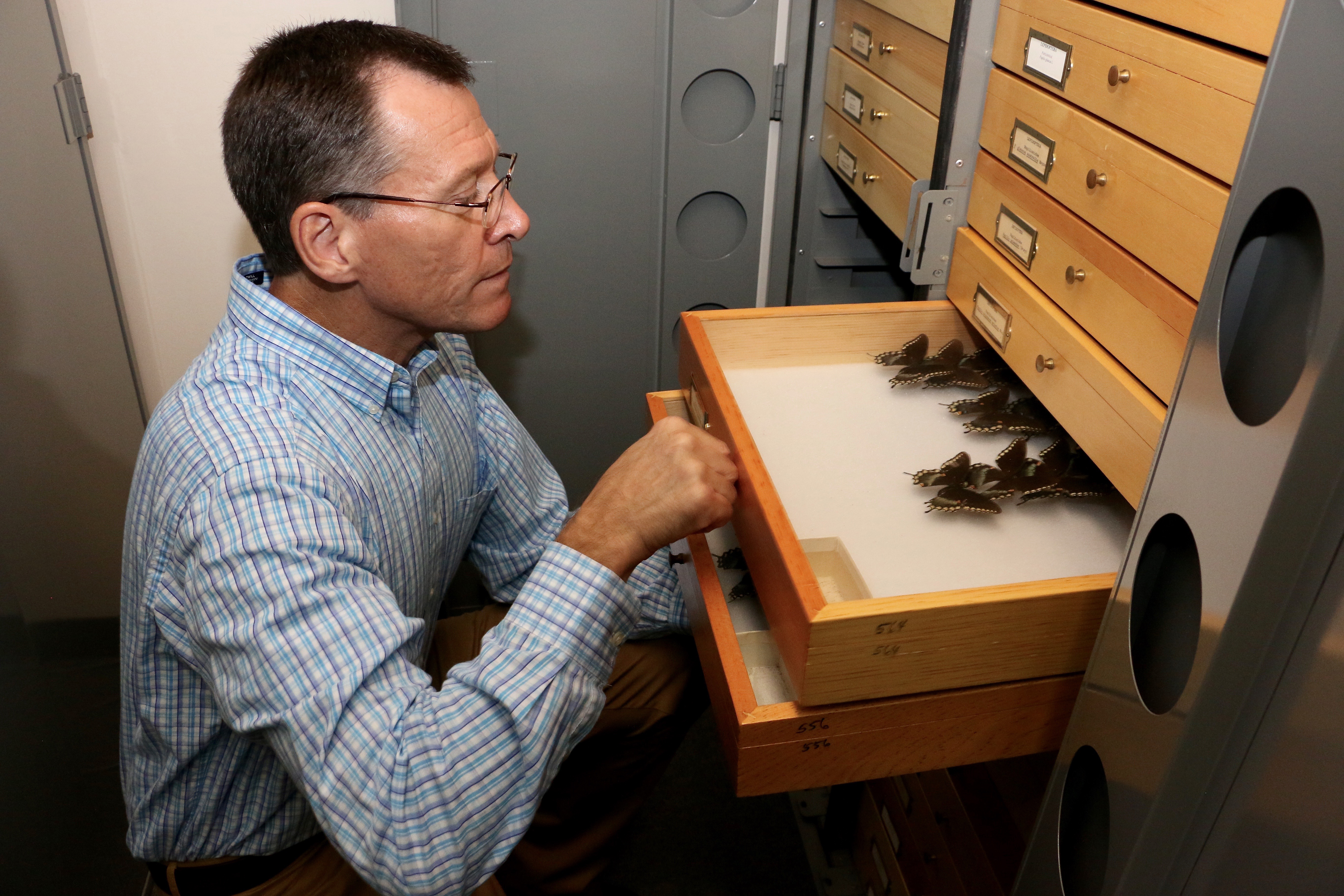 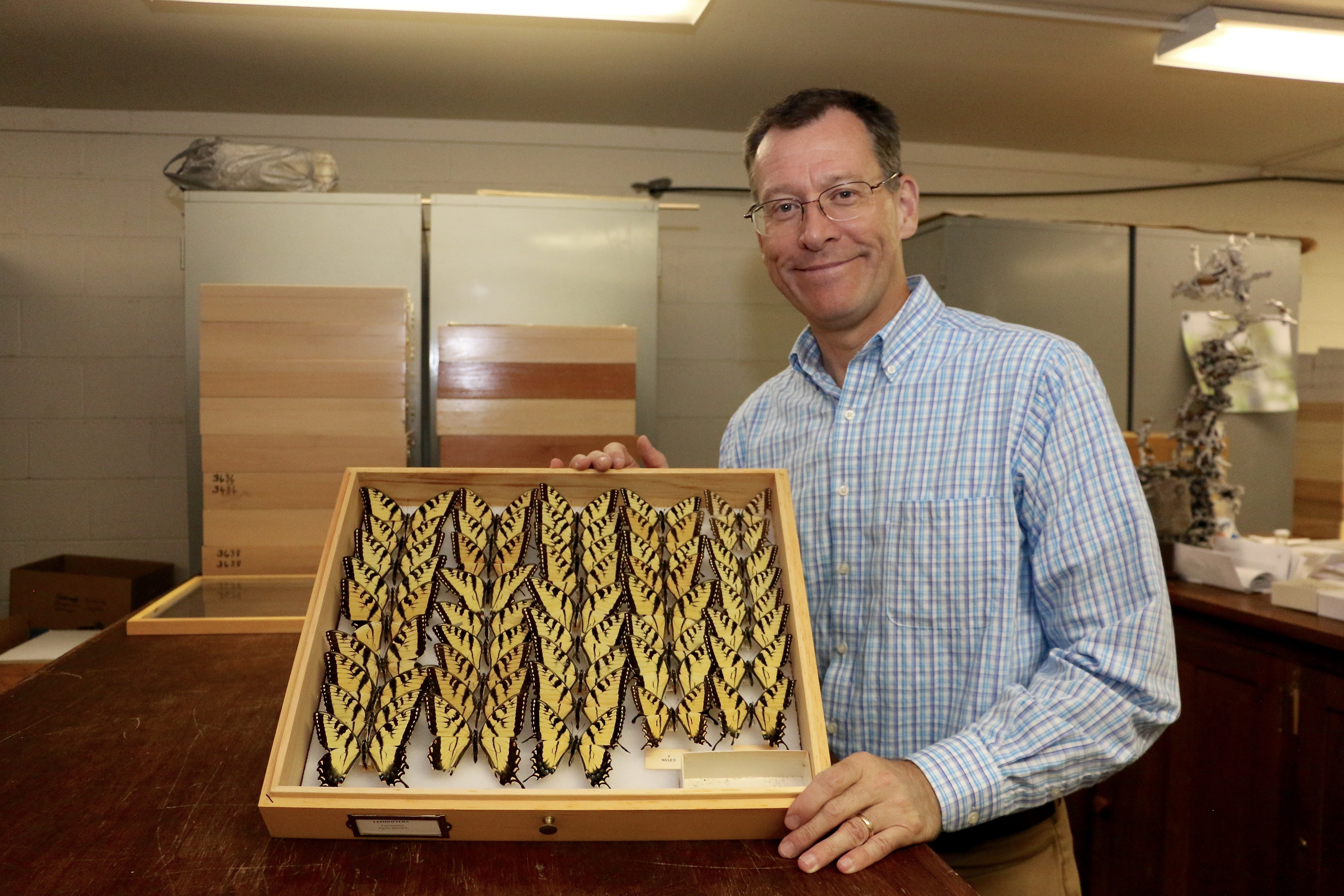