Many food items, including fresh fruits and vegetables, would never make it to grocery store or farmers market shelves without the help of beneficial insects like honeybees and butterflies. The number of these pollinating insects in the U.S. is declining, and to help, Georgia agricultural experts developed a statewide plan to teach gardeners and landscapers how to care for their plants and protect these vulnerable insects that are vital to food production.

“The issue is that we have broad-scale problems with our pollinators — both in numbers and in diversity,” said Kris Braman, an entomologist with the University of Georgia College of Agricultural and Environmental Sciences and a member of the team that created the “Protecting Georgia’s Pollinators” plan.

Pollination involves transferring pollen from the male parts of a flower to the female parts of the same, or a different, flower. This simple act of nature is essential to the production of many seed crops.

Insect pollinators contribute more than $24 billion to the U.S., according to a fact sheet released by the White House in June 2014. A 2014 economic impact study by UGA lists the annual value of pollination in Georgia at more than $360 million.

“Bees outperform most other pollinators, but bees are just 17.57 percent of the total pollinator population. Ants, wasps, butterflies and other insects, like native bees, play an essential role, too,” Braman said. “They are very important to modern agriculture, and the service they provide to the ecosystem is free.”

Since 2006, U.S. beekeepers have lost about 30 percent of their colonies each winter. Honeybees are also dying as a result of pests, like varroa mites and hive beetles, from habitat and forage degradation and from broad applications of certain insecticides that kill other essential, pollinating insects.

A large bee kill in Oregon had a ripple effect across the nation, Braman said. “A landscape company improperly treated trees at a shopping center and 50,000 bees died as a result. The pesticide that was used has a very low (toxic affect on humans and animals), so it’s widely used. New pesticides are being sought that have systemic effects but do not hurt bees,” said Braman, who also directs the UGA Center for Urban Agriculture on the UGA campus in Griffin, Georgia.

The U.S. Environmental Protection Agency is encouraging states to create specific plans to improve pollinator health. In addition to Braman, the Georgia state plan committee includes other experts from UGA and the Georgia Department of Agriculture. The committee’s primary goal is to provide a method for beekeepers, growers, pesticide applicators and landowners to better cooperate and communicate to protect pollinators.

“We hoped to put a plan in place to garner wide-scale support from our stakeholders and communities,” she said. “Protecting our state pollinators is everybody’s responsibility.”

Georgia Commissioner of Agriculture Gary Black said the issue of honeybee health, in particular, is “complex” and includes factors like new viral diseases, mites, nutrition and exposure to nonlethal doses of insecticides.

“Communication between farmers and beekeepers is essential if we are going to promote a healthy pollinator population. Both agricultural and nonagricultural interests will greatly benefit from this common sense plan and greater awareness of pollinator protection issues,” Black said. “However, no plan created by government or academia will ever surpass the vital role of individual responsibility.”

“The plan is not an anti-pesticide plan and it’s not a regulation. This is a voluntary stewardship plan. It’s a list of best practices to conserve and better manage pollinator habitats and minimize pesticide exposure,” said Braman.

The guidelines also include ways that beekeepers can keep their bees healthy and be better neighbors. These tips include making varroa mite control a top priority, placing beehives away from human traffic, planting adequate floral resources, replacing failing queens and providing bees with an adequate water supply.

On the flip side, the plan also includes guidelines for home gardeners and commercial landscapers. These tips include leaving portions of property undisturbed for soil-nesting bees, mowing grass to remove flowering weeds before applying pesticides and planting pollinator-attracting plants like crape myrtle, sages, clovers and sunflowers.

“There are yellow and black-striped ‘Bee Aware’ flags available to denote where bees are. Consumers can also look for the new pollinator protection advisory, a symbol of a bee inside a diamond, on pesticides that can harm honeybees and other insect pollinators,” Braman said.

Educating the public on the importance of pollinating pests is essential to protecting them, she said.

“Not everyone has that warm, fuzzy feeling about insects, especially bees. As educators, we communicate the benefits so people can learn to appreciate why they are important,” Braman said. “One plant at a time, one landscape at a time, we can make a difference.”

The official plan is available online at t.uga.edu/28O. For more information on honeybee research at UGA, go to ent.uga.edu/bees.

Sharon Dowdy is a news editor with the University of Georgia College of Agricultural and Environmental Sciences.
Authors:
Sharon Dowdy
Experts/Sources:
Kris Braman 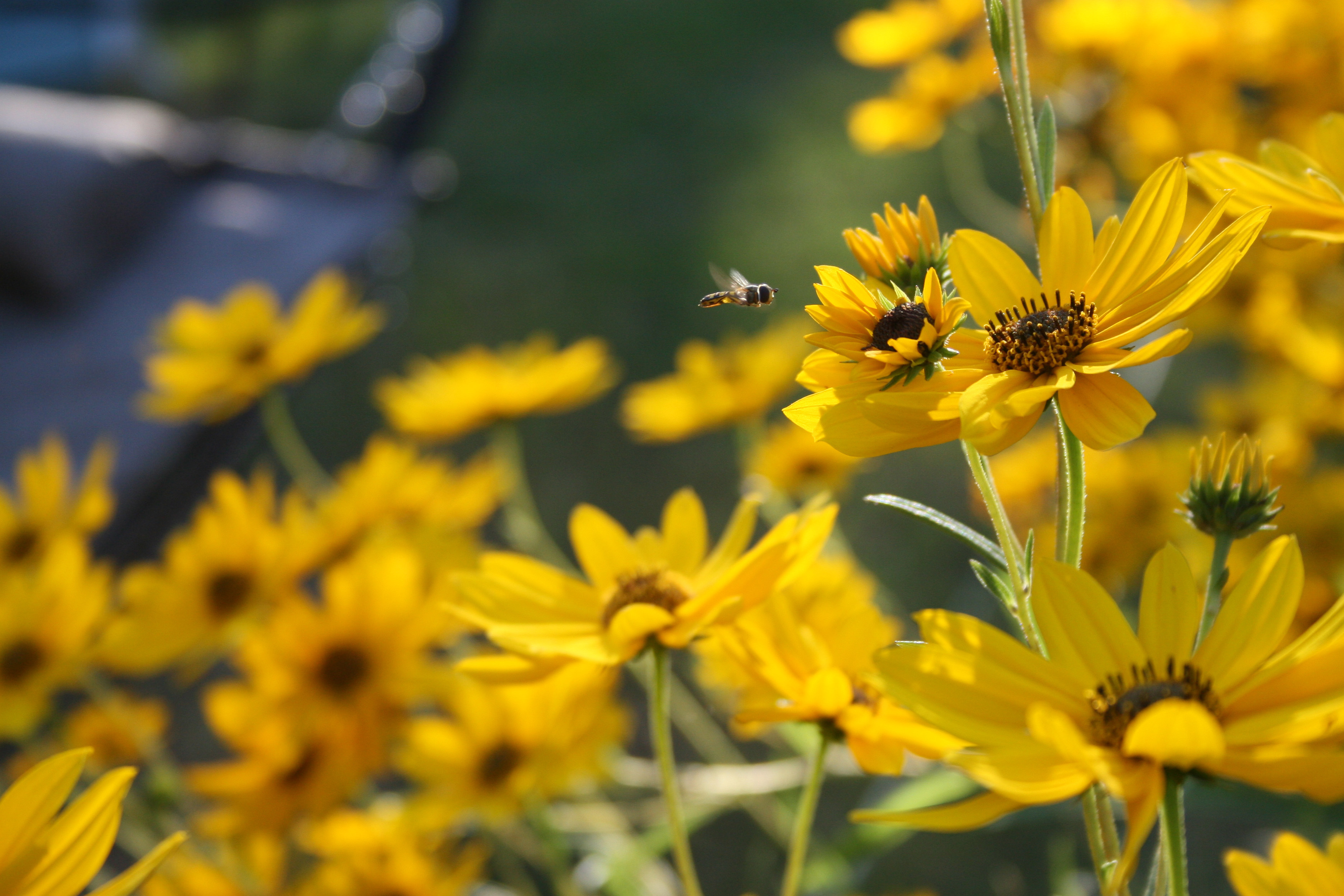 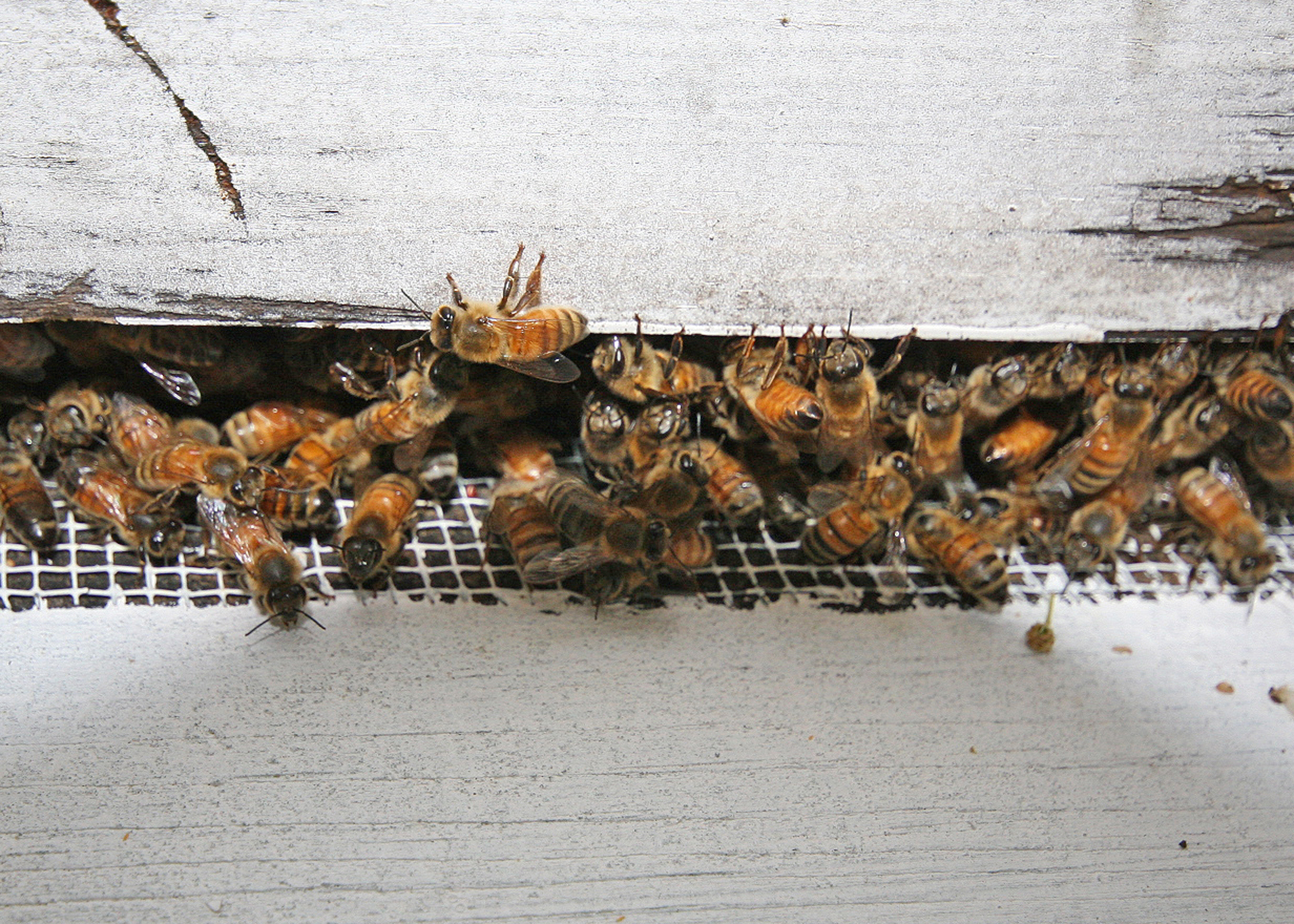 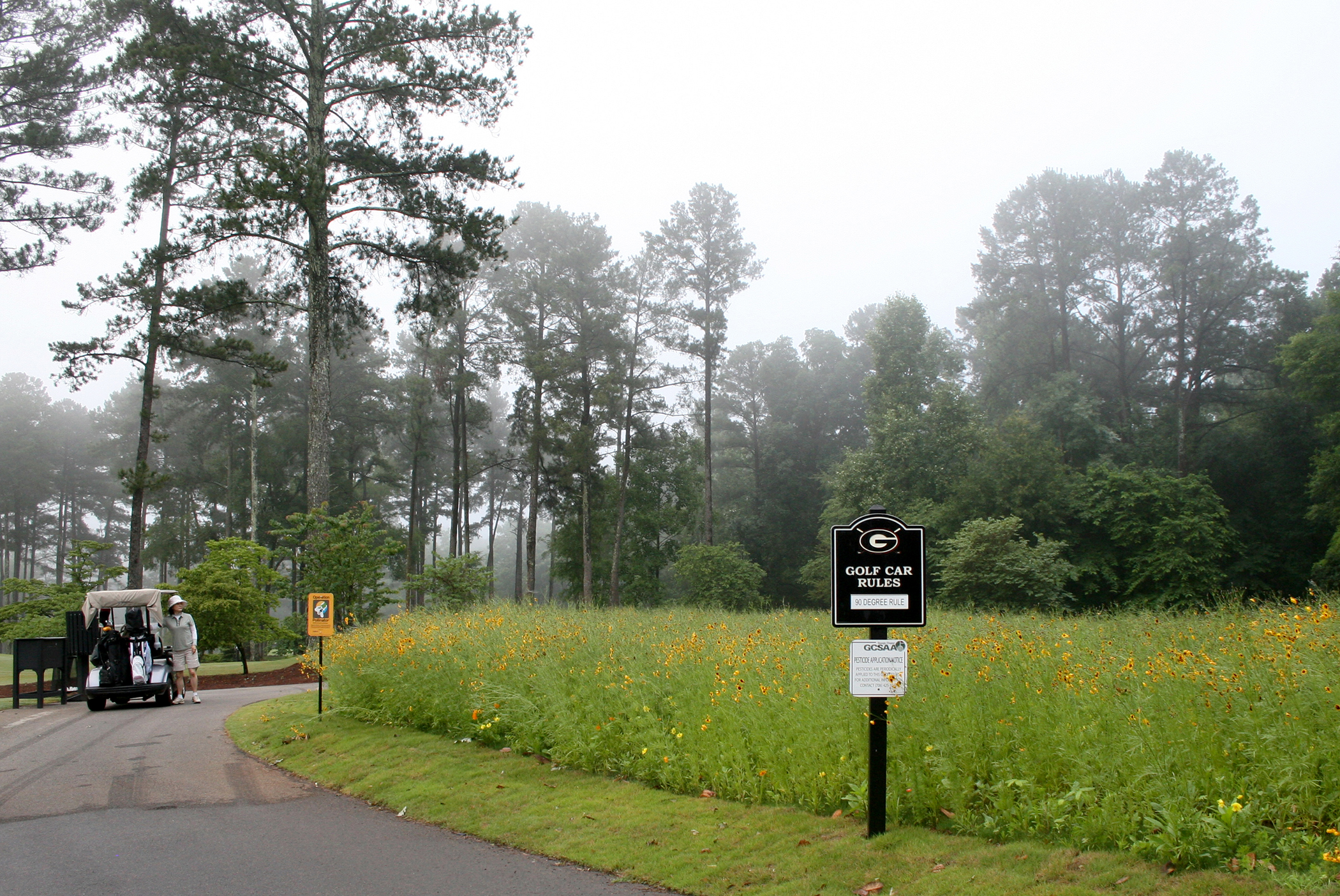