Circular 867-2
View PDF picture_as_pdf
This publication is part of the Weed Wizard series.

Greenbrier (Smilax spp.) is a difficult vine to control in the landscape. There are many common names for Greenbrier, including Catbrier, Cat Sawbrier and Sarsaparilla vine. Greenbrier is native to North America. It is in the genus Smilax, which includes about 12 to 15 species. It is in the Liliaceae family, closely related to Daylilies, Lilies, and Yucca. With the exception of Smilax pumila (Sarsaparilla vine), all species of Smilax are climbing vines (Figure 1). 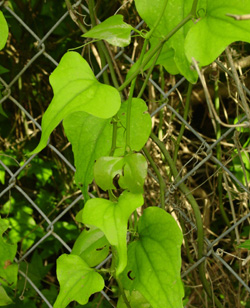 Figure 1. With the exception of Smilax pumila (Sarsaparilla vine), all species of Smilax are climbing vines. 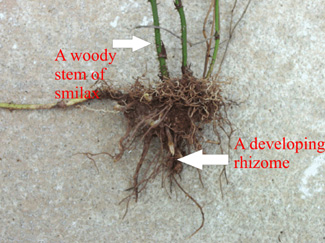 Figure 2. All species have an extensive underground rhizome tuber system.

Smilax pumila is a low growing (less than 2 ft.) woody vine (shrub). All species have an extensive underground rhizome tuber system (see Figure 2), and most have spines arising from the above ground stems. The plants are either male or female (a term known as dioecious in the plant world), and females bear fruit ranging in color from black or blue to red when they ripen. Even though this plant is hated by many, it makes many important contributions to the ecosystem. The fruits are eaten by a wide variety of birds, and the foliage and tubers are used as a food source by many forest animals.

People often wonder how the vine just seems to appear in their landscape and why it is so difficult to control. The answer for the miraculous appearance of the vine lies with our avian friends. They consume the fruit and pass them randomly throughout your garden when visiting. Seeds that survive the digestion process and pass from the bird can remain viable for long periods of time. When conditions are right, the seed will germinate. Within a short period of time, plants will begin to develop an extensive underground tuber / rhizome system and the viney above-ground stem.

Greenbrier is able to survive low light conditions and can easily survive deep in the crown of a shrub or forest. It may take two or three years to emerge from the plant canopy that it has been hiding in. During this time it will have developed an extensive underground rhizome / tuber system.

Once the Greenbrier develops an extensive underground rhizome tuber system, it is difficult to control. If it is just one plant, physically removing the plant and as much of its tuber / rhizome system as possible is your best option. If physical removal of the plant is unrealistic or not possible, you should consider the use of herbicides. Herbicides with the active ingredient glyphosate (e.g., Roundup® and others) are your best options. The following are example situations where glyphosate could be used:

If possible, unravel the greenbrier vine from the desirable plant. Remove as little of the vine as possible and be careful not to break any of the stems. Lay the vine on some bare ground or on a piece of plastic. Spray or sponge-apply a 10% solution of glyphosate (approximately 12 ounces of glyphosate / gallon of water, using a product containing at least 41% active glyphosate). Be careful to avoid drift or contact of the spray solution with desirable foliage or bark. Allow the herbicide to stay on the plant for 48 hours and then cut stem back to ground level. If the greenbrier attempts to regrow, spray or wipe a 10% solution of glyphosate on the sprouts when they are 6 to 8 inches high.

If the greenbrier vine cannot be unraveled from the desirable shrub, cut the vine as close to the ground as possible. Immediately paint concentrated glyphosate on the cut stem. Make sure that the concentrated glyphosate is at least a 41% or greater active ingredient glyphosate. If the plant re-sprouts, sponge on or spray a 10% solution of glyphosate when the sprouts are 6 to 8 inches high.

Although not labeled, the author has done numerous field experiments on the postemergence control of Greenbrier and found the active ingredient triclopyr to be just as effective as glyphosate at controlling Greenbrier. Garlon 3A® (and others) is an amine formulation of triclopyr, and is the preferred formulation when working next to desirable plants. This formulation will not harm most grass species and is tolerated by many woody ornamental species. All experiments have indicated it should be used as 10% spray solution (12 ounces of Garlon 3A / gallon of water / 1 tablespoon of a non-ionic surfactant) or as a concentrated paint on cut stems. If you choose to use the amine formulation of triclopyr, it is recommended that sprays or cut stem treatments be applied to a small number Greenbrier / desirable plant combination, and then wait one week during the growing season to make sure no unacceptable damage occurs to desirable plant.