The UGA Cotton Variety Performance Evaluation Program was yet again a huge success in 2013, with more than 17 individual trials throughout Georgia's cotton belt. The success of this program was largely attributable to the dedication of our UGA county Extension agents, our 2013 industry leaders (Americot, Bayer CropScience, Croplan Genetics, Dyna-Gro, Dow AgroSciences and Monsanto Company), the Georgia Cotton Commission, Cotton Incorporated and cooperating growers. The implementation of this program has undoubtedly helped to address a primary need of Georgia cotton growers and will make an incalculable impact on the 2014 growing season and beyond. A special thanks to all who participated in or contributed to this program, including all cooperating growers.

The UGA Extension Cotton Agronomists established this variety testing program in 2010. Our 2013 industry representatives (Americot, Bayer CropScience, Croplan Genetics, Dyna-Gro, Dow AgroSciences and Monsanto Company) were asked to provide commercially available cotton varieties that they considered their best-adapted varieties for Georgia. This uniform list of varieties was planted in replicated trials in growers' fields throughout Georgia's cotton belt, as arranged by the county agents. The trials were replicated and managed or maintained by the grower with the assistance of participating county Extension agents in order to achieve realistic and statistically sound results. A seed cotton sample of each variety was collected at harvest and ginned at the UGA Microgin to provide a realistic value for lint percentage and fiber quality. Additionally, the design of this program allowed for a much broader assessment of variety performance across a wide range of yield environments, ranging from less than 640 to more than 1,514 lbs./A environments in 2013 alone. This approach allows variety assessment with respect to stability and performance across a wide range of yield environments, which encompasses factors such as planting date, harvest date, grower management, soil types, rainfall amounts/timing/patterns, degree of irrigation, etc. Additionally, this method provides evidence to support performance of a variety in particular situations; some varieties may be less consistent performers across the entire host of environments but may be competitive in certain situations or specific yield environments. In these cases, growers could justify planting such varieties; however, it is very important to position these varieties only in similar environments where they are likely to be competitive.

There are several factors a grower may consider when selecting a cotton variety to plant. Variety selection is extremely important to a grower's profitability, as this decision sets the maximum genetic yield potential for a particular field for a given year. Other practices primarily help to preserve that genetic potential throughout the season. In the 2013 UGA On-Farm Cotton Variety Performance Evaluation Program, it was clear that improper variety selection could cost a grower an average of $77 to $234 per acre, depending on the error in variety selection. Variety selection decisions in and of themselves do not cost the grower anything; however, substantial losses could result from improper selection.

Growers should also consider the most yield-limiting factor in their fields when making variety decisions. Yield-limiting factors could include any agronomic or production practice, and could influence how a particular variety performs relative to others. Although water was not generally limited during 2013, the most common yield-limiting factor in South Georgia is water. In Georgia, we often observe that some varieties are only competitive in high-yield potential or heavily irrigated situations where water can be applied at appropriate amounts and in a timely manner. These same varieties may not be the best performers in fields with larger pivots that struggle to apply appropriate rates in a timely manner. Yields in dryland environments largely depend on rainfall amounts, frequency and timing. Soil type also determines water availability to the crop, which could also influence which varieties are most competitive in these situations. Lastly, growers should always observe technology packages, seed quality information, and seed treatments of particular brands and varieties to ensure that these factors meet their needs.

On-farm replicated variety trials were planted in growers' fields in each of the counties listed in Table 1. UGA county agents implemented and conducted these trials with their local cooperating growers. Additionally, Andy Knowlton (UGA Microgin manager / operator) managed the ginning and processing of all cotton samples in this program. The participation of county agents, cooperating growers and the UGA Microgin were all critical to the success of this program, and their cooperation was truly appreciated. Local county agents are a valuable resource when it comes to variety selection, and growers should look to their expertise for these and other agronomic decisions.

Table 1. On-farm trials that included all 2013 varieties. These trials are listed by number in ascending order based on the trial average (yield environment). These trial numbers can be correlated to those listed in the following tables. 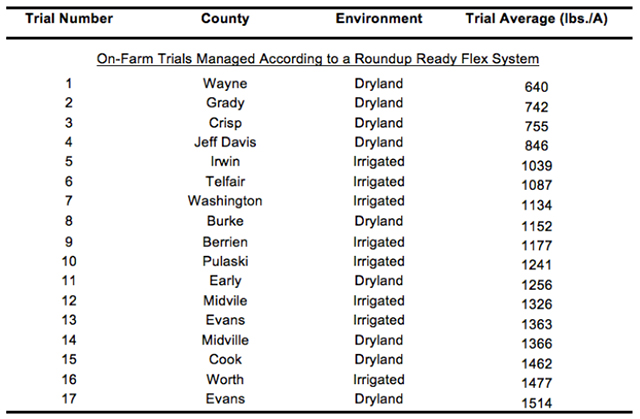 Table 2. Lint yields of varieties analyzed by location and across locations. Individual trials or locations are listed by number from left to right in ascending order based on the individual trial average. These trial numbers can be correlated to those described in Table 1. Variety yields within a column (location) that are highlighted in red are not significantly different from the top yielding variety (the top yielding variety is underlined) according to LSD at P ≤ 0.1. The percent of trials that a particular variety was the top yielder, or was statistically no different from the top yielder (for the 15 trials where statistical analysis could be conducted), is listed in the far right columns.

Table 3. Lint yields of varieties analyzed by location and across location. Individual trials or locations are listed by number from left to right in ascending order based on the individual trial average. These trial numbers can be correlated to those described in Table 1. Means within a column (location) that are highlighted in red indicate that that variety was one of the numerically top three varieties in that particular trial. The percent of trials that a particular variety was the top yielding variety or iwthin the top three yielding varieties is lsted in the far right columns.

There are two methods of data analysis presented in the tables above (observing non-significance from the top yielder, or observing the three top performing varieties within a particular location). Keep in mind that it is always better to observe variety performance with as much data, and with as many locations / years of data, as possible. It is difficult, and unwise, to make variety selections based on information derived from a single trial or only a few trials. Naturally, growers want to see which varieties performed best at the location(s) nearest to their farm; however, it is important to keep in mind that rainfall and weather variation from field-to-field and year-to-year can be quite large. An individual variety's performance can vary greatly between trials and can usually be related to rainfall or other yield-limiting or environmental factors. Most varieties, if placed in specific environments, can perform very well; however, the frequency in which a variety performs at or near the top is the primary indicator of stability, which is the best predictor of how a variety may perform across planting dates, harvest dates, grower management, rainfall patterns or amounts, degree of irrigation, etc. Observing variety performance for consistency and stability over a range of environments will usually provide growers with better information from which to make their decisions.

Most growers have some fields that are very productive, which are usually irrigated (with little to no constraints for timely water application) and have better soils. These same growers may also have some fields that are less productive on average (sandier soils, dryland, etc.). This is where variety positioning becomes more important. Typically, environments averaging less than 1,000 lbs./A indicate that some level of drought stress was encountered during the season. In 2013, however, environments averaging below 1,000 lbs./A were primarily the result of excessive waterlogging, thus resulting in lower yields. Therefore, observing multi-year data would be a good strategy for determining dryland (or low-yield potential) variety decisions for 2014.

The 2013 season should be defined as one of the wettest seasons on record. Environments averaging less than 1,000 lbs./A resulted in substantial variability, which was observed in higher-yielding trials as well. Due to the large variability and excessive rainfall, neither performance in drought-stressed environments nor trends regarding variety positioning into particular environments could be observed; therefore, growers are strongly encouraged to evaluate multi-year data, especially when making decisions for dryland environments that typically encounter some level of drought stress.

Variety decisions can often be complex, but these decisions should be made using as many replicated trials, environments and years as possible. Your local county agent is an excellent resource for more information about this program and should be consulted when making variety selection decisions for 2014. Additionally, growers are strongly encouraged to observe data from the Official Variety Trials (OVT) using the UGA Cotton Variety Performance Calculator at www.ugacotton.com and www.swvt.uga.edu, as these trials contain many more varieties than can be accommodated in the on-farm trials. Some brands offer additional competitive varieties than are included in the on-farm trials and are also worthy of consideration.